Port Of Oakland To Invest Millions In Upgrades

Under new leadership, the Port of Oakland has extensive plans to upgrade its infrastructure. 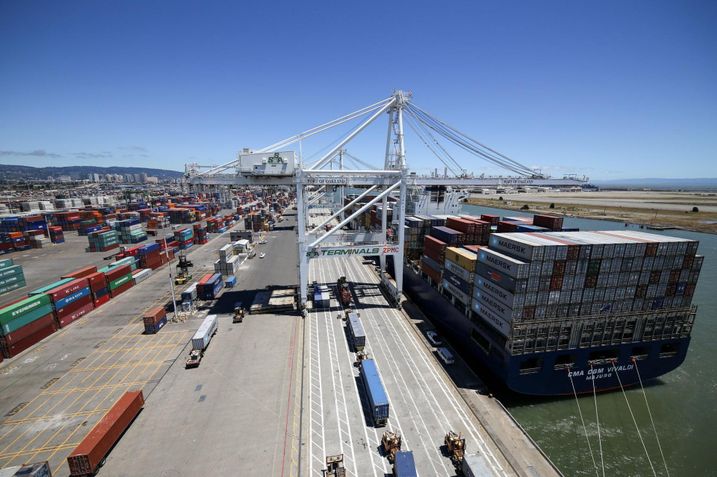 The port, anticipating continued growth, plans on investing between $250M and $500M to upgrade its roadways, according to American Shipper.

That will be in addition to another, unspecified sum to expand its two turning basins to accommodate larger ships.

Port of Oakland Executive Director Danny Wan, named to the post last month by the government entity's board of commissioners, told the global logistics publication that the upgrades would better capitalize on increased industrial investment in Northern California and Nevada.

As the site of Tesla's first Gigafactory, Reno, Nevada, in particular has seen rapid economic growth and investment in industrial real estate, led by the electric-car makers' massive $4.5B battery and vehicle assembly outpost.

NorCal submarkets like Sacramento, Napa and Solano counties have also had industrial assets buoyed by the strong economy, with vacancy rates of 4.6% and 4.2%, respectively, according to Cushman & Wakefield.

The roadway upgrades will primarily focus on making roads more truck-friendly, including by adding lanes to Oakland's Seventh Street, an important road for the port's commerce, according to American Shipper.

Also on Wan's plate are the Oakland Athletics' controversial plans to construct a new ballpark on port-owned land. The baseball franchise's desire to build a 35,000-seat ballpark and up to 4,000 units of housing, 1.5M SF of commercial space and a hotel at Howard Terminal has met stiff resistance from several stakeholders, including local maritime interests concerned it will interfere with current business.

The Port of Oakland saw 5.8% growth in cargo in the 2018-2019 fiscal year, with a record 2.59 million 20-foot equivalent units passing through, American Shipper reports.