The Bay Area is undergoing one of its strongest growth cycles ever and has become the 19th-largest economy in the world. The East Bay and 880 corridor has benefited from this unprecedented growth and more jobs, development and investment have been flowing into the region. Not all of this growth has been good news. The region continues to struggle with housing affordability and housing shortages. 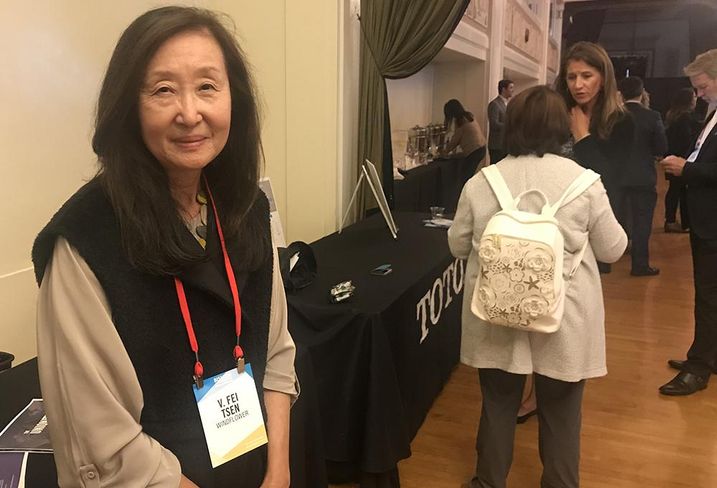 “I think all of the eyes of the world are on the Bay Area,” Windflower Properties President and CEO V. Fei Tsen said during Bisnow’s East Bay 880 Corridor Update event Tuesday. “The Bay Area economy is still strong.”

During the event, panelists discussed construction and design, multifamily trends in the East Bay and investment and development opportunities for office and mixed-use along the 880 corridor.

In 2017, the Bay Area had a gross domestic product of $748B, an economy larger than Switzerland, said Tsen, who keynoted the event. She said job growth in the Bay Area is outpacing any other region in the country. Next to Boston, it also has one of the most educated workforces, she said.

The East Bay and 880 corridor reaped the benefits of the region’s growing economy. She said the 880 corridor produced 550,000 new jobs during the cycle, 15% of the Bay Area’s total job growth.

Fremont has transformed from a bedroom community of Silicon Valley into an innovation hub with its own tech startups, she said. Facebook also recently leased over 1M SF across several buildings in the city.

The region has some of the highest industrial employment; 27% of jobs in the region are for manufacturing, wholesale and transportation, she said. 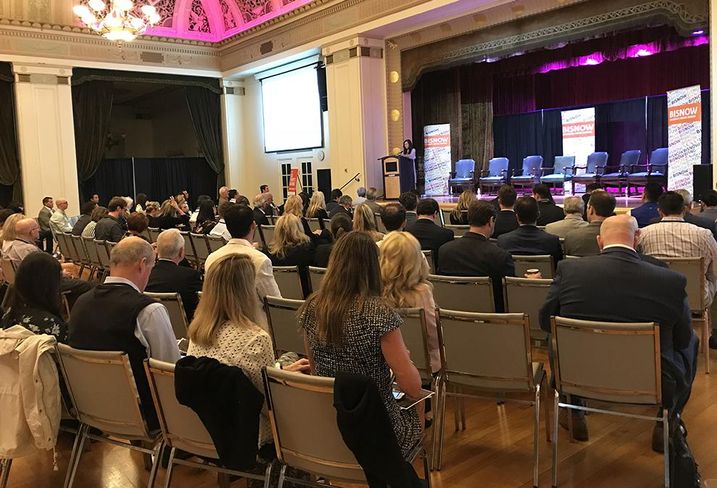 Despite the Bay Area and East Bay's booming economies, trouble could lie ahead.

“The prognosis is for continued growth, but storm clouds are over the region,” she said.

“We need to address the housing crisis and the rising social inequality in the Bay Area,” Tsen said.

Thousands of commuters are driving one to three hours to get to their jobs. Over 82,000 commuters come from the North San Joaquin Valley into the Bay Area for their jobs, she said.

The region is facing a shortage of skilled workers and fewer people can afford to live in the Bay Area because the cost of housing is so high, she said.

“We must invest in public transportation. We must build more denser housing next to transit,” she said. “We must create mixed-use neighborhoods next to transit. We must innovate by using modular and prefab technology.”

More has been done to improve access to transit already. Regional Measure 3, which will raise bridge tolls over six years, will provide $130M for transit improvements. BART’s expansion into the South Bay will make locations along the 880 corridor more attractive, she said.

Building near transit presents additional opportunities. If every infill parcel, both in urban cores and near transit, was used to its fullest potential, 4 million new housing units could be created statewide, according to the Bay Area Council.

Building Mixed-Use Next To Transit 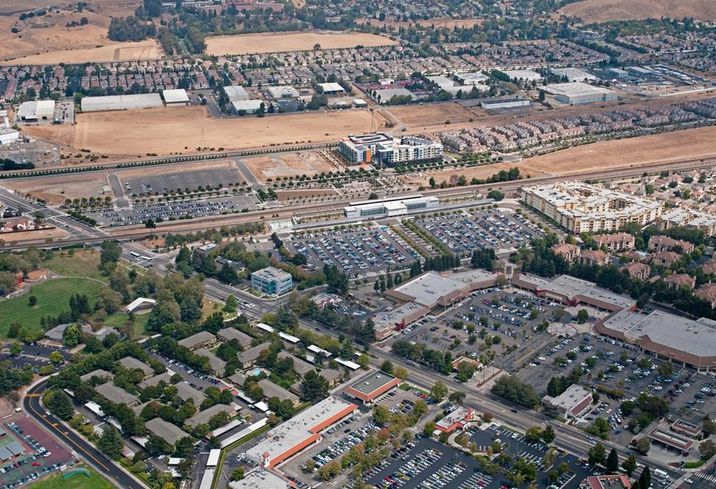 Union City offers a good example of how a city can create an affordable, transit-oriented neighborhood. Tsen said over the course of 20 years, Union City developed a plan to build more density and a mixed-use neighborhood next to the Union City BART Station.

The Station District is expected to have a mix of residential, retail, office and affordable housing when it is fully built-out. Windflower Properties is the master developer.

Union City was able to use redevelopment dollars to create roads and infrastructure so that private developers could come in and focus on their developments, Tsen said.

“It’s unfortunate that we don’t have those tools anymore,” Tsen said.

The city also zoned the land around the BART station to accommodate more density. Many other cities have maintained zoning for townhomes and low-density single-family homes near transit instead of increasing density.

Other cities have also maintained high parking requirements close to transit, but Union City allowed for a 1:1 parking ratio.

So far, over 150 units of affordable housing have been completed in the Station District, and Windflower Properties and CityView recently completed 243 apartments at Union Flats using modular technology. Another 443 units and 5K SF of retail are planned for Phase 2.

A public promenade also has been built so far. Woodstock Development is in the process of developing 1.2M SF of office as well.

“Union City has been a great role model for those other cities,” she said. “They did the right thing.”