PropTech Costs Are Down, Effectiveness Is Up And It's Changing The Outlook For CRE

For years, experimenting with technology in commercial real estate was costly, time-consuming and, worst of all, often produced little benefit. But industry experts believe that has finally started to change. 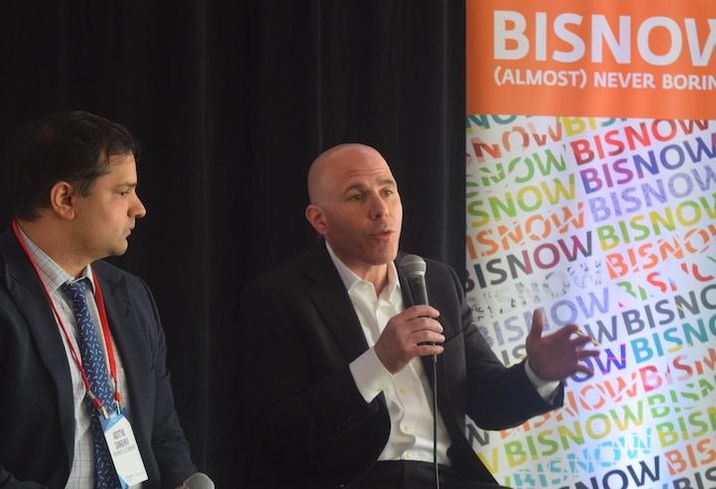 Now that tech startups in the industry are beginning to mature and evolve, costs have come down and landlords and developers are working out how to aggregate data at scale, a shift is taking place.

The key now, CRE players say, is to focus on what goals users want technology to achieve, to make good use of data and to work collaboratively with the rest of the industry.

“Over the last decade we had some pretty miserable failures where we listened to outside consultants and big technology firms … and sought to implement a master technology platform to create data warehouses,” Brookfield Properties Global Head of Corporate Development Kevin Danehy said at Bisnow’s 2019 Tech Summit this week. "We spent tens and tens of millions of dollars and years of people’s time, and they didn’t work." 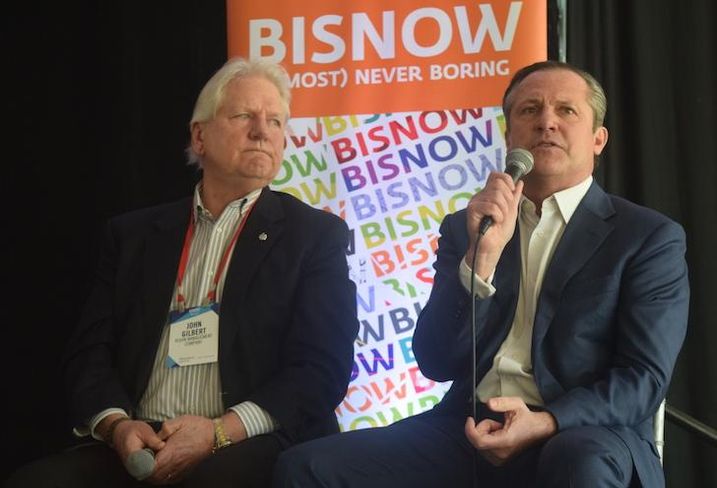 But over the last 18 to 24 months, Danehy said, the private equity giant — now the biggest landlord in New York after its acquisition of Forest City — has changed its approach. Partnerships with firms like VTS and Honest Buildings are starting to pay dividends in the form of better, more efficient ways of running the company.

Last year, Brookfield said it would invest $200M to $300M over the next three years into real estate tech startups, The Wall Street Journal reported. It already is the largest shareholder in shared workspace and event platform Convene.

“We looked at ourselves and acknowledged that we are not a tech company … And we have been looking for companies that have really strong leadership, strong financial backing,” Danehy said, adding the company is figuring out how it can aggregate data at scale. 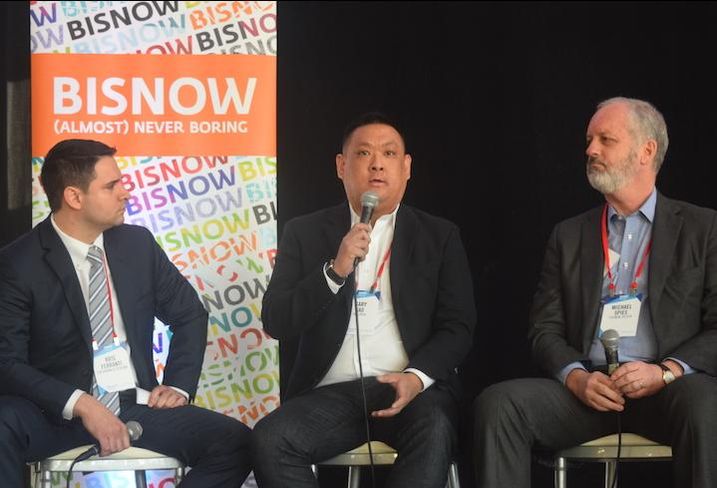 Across the industry, from construction and design, to building management and tenant experience, people are looking for ways to use technology to save costs and stand out from the pack. As building costs have soared — and tenants increasingly are demanding better workplace experiences — leveraging technology is more crucial than ever.

“We’ve seen huge changes in terms of what we all expect from our workplaces, the bar keeps going up,” said Gabrielle McMillan, the CEO of Equiem, an online platform for tenants to use the amenities and resources within their buildings. “Landlords need to be engaging with every single person in their asset, and they need to get their hands on that data and use it to constantly curate an experience that is going to keep those people there." 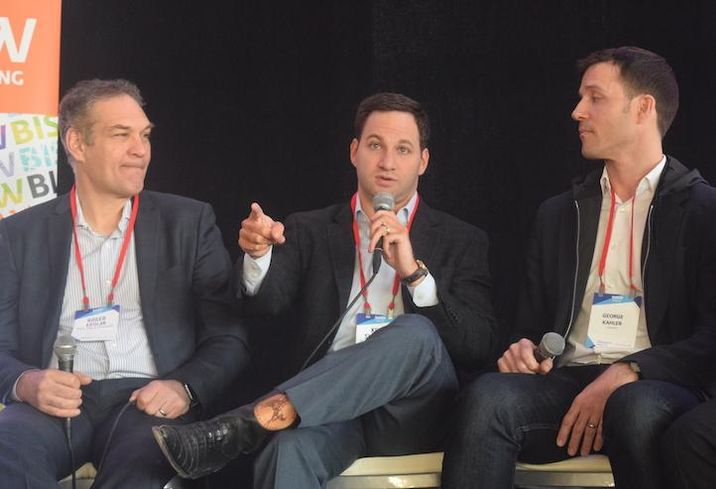 Panelists spoke of a new era of development and landlord/tenant relationships, following a flood of PropTech firms entering the market and advancing ways to aggregate and analyze data. Being cautious about which companies you do business with, and figuring out the best way to use one's data, is what companies should now be focused on to get ahead.

“It’s important to recalibrate reality, because what was true yesterday, is not quite true today and will be less likely to be true tomorrow,” RXR Realty CEO Scott Rechler said.

He said hundreds of technology startups have come into the market, but the industry is increasingly working together to find solutions and back the right horse. 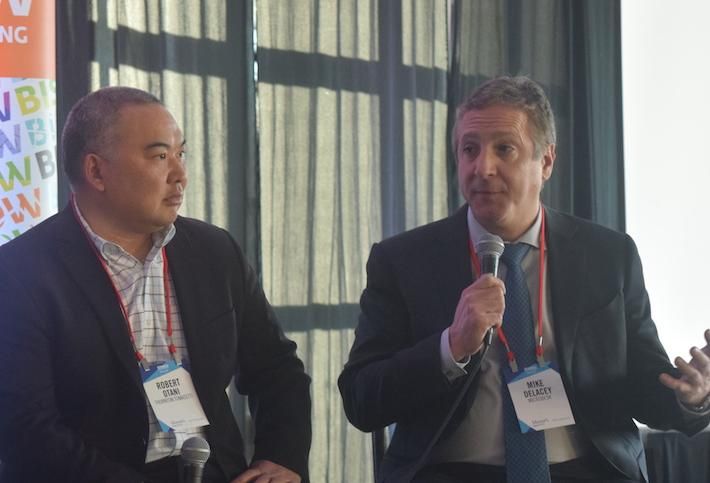 Commercial real estate has been slow to adapt to change, and the construction industry has been famously set in its ways, failing to embrace tech advancements.

"The reason why a lot of the technology didn’t work in real estate was because we didn’t have all the tools that we needed to create those products … Today we do,” Rudin Management Co. Chief Operating Officer John Gilbert said, pointing to the shrinking cost of sensors, for example.

Rudin’s first “smart” building was at 55 Broad St., which opened as the New York Information Technology Center in 1996 — a move Gilbert said the company was forced to make because it had an empty building amid sky-high office vacancy rates in Lower Manhattan.

“The ability to look at other industries that have lagged — financial services and transportation … We can now take those lessons learned and apply it to real estate,” Gilbert said. 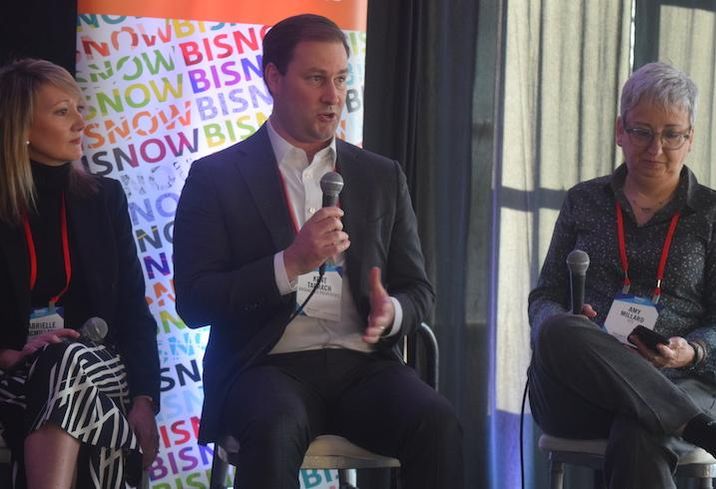 Gilbert sided with Rechler in the belief that commercial real estate companies now need to work together to find the technologies and the answers to the questions and problems that plague the industry.

“It doesn’t matter if you are Tishman Speyer or Brookfield or Rudin or RXR," Gilbert said. "We are looking at the same landscape and trying to figure it out and cut though that noise ... So if we can do that more quickly, together, collectively, then let’s do it." 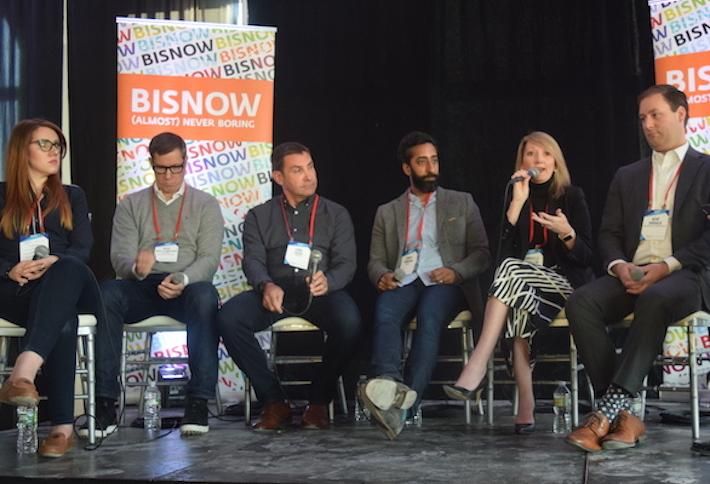 Still, some caution that while technology is opening up doors across commercial real estate, companies still need to be careful about which ones to walk through, and for how much.

“What cost $1M to implement five years ago, the same technology costs $50K today … The speed of which prices for some technology is decreasing ... It’s massive. It’s like buying a TV,” Deloitte Consulting Real Estate Technology Strategy Lead Kevin Shtofman told the audience. “But I try to ground clients. They shouldn’t be thinking, ‘I need a shiny new thing.’”