While a flood of residential and office development has hit the Long Island City market in recent years, retail offerings have limped behind. But with a growing population in the neighborhood that may be finally starting to shift. 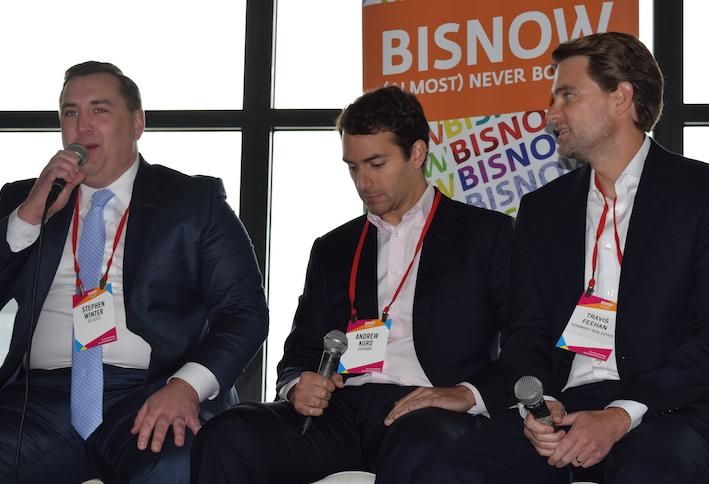 “Everyone has talked about the retail, and that's first question everyone asks. ‘Where can I get lunch, where can I get coffee?' That's the most important piece," said Normandy Real Estate Partners principal Travis Feehan, whose firm is converting an industrial building at 47-11 Austell Place in Long Island City into a 170K SF office project.

The building is set to open next month, Feehan said at Bisnow’s Long Island City State of the Market event on Friday, and will add 1,000 people to the neighborhood's daytime population.

“Landlords are going to emphasize [retail], and I think that will improve pretty dramatically as these buildings go up,” he said. 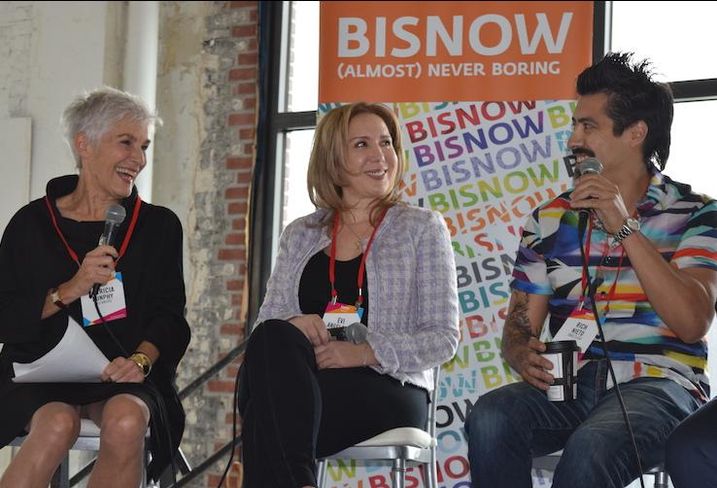 Developers and brokers say businesses are increasingly seeing the neighborhood as a viable place to set up offices, and many investors are banking on that demand continuing to swell.

Along with its Austell Place building, Normandy joined with Keystone Equities and GE Capital to pay $39M for an industrial building at 25-11 49th Ave. in Long Island City, which the group plans to convert for office. 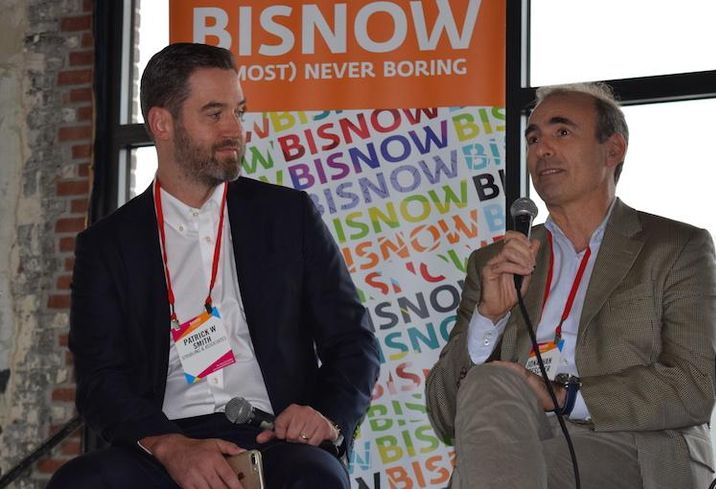 The Kaufman Organization has acquired a 99-year ground lease on the Cardinal Building, a 65K SF building at 21-01 51st Ave. in Hunter’s Point, which it will convert to office space. Tishman Speyer is building a 1.2M SF office project on Jackson Avenue called JACX where WeWork and Bloomingdale's are taking space.

Savanna announced a $35M renovation to the Falchi Building last year, and is preparing to bring more than 1M SF of offices to the market at One Court Square when Citigroup moves out of that building in 2020.

There has been significant investment in the neighborhood's residential offerings, too. A Carlyle Group-managed fund is set to shatter Queens sales records, paying a reported $284M for 1 QPS Tower, for example. 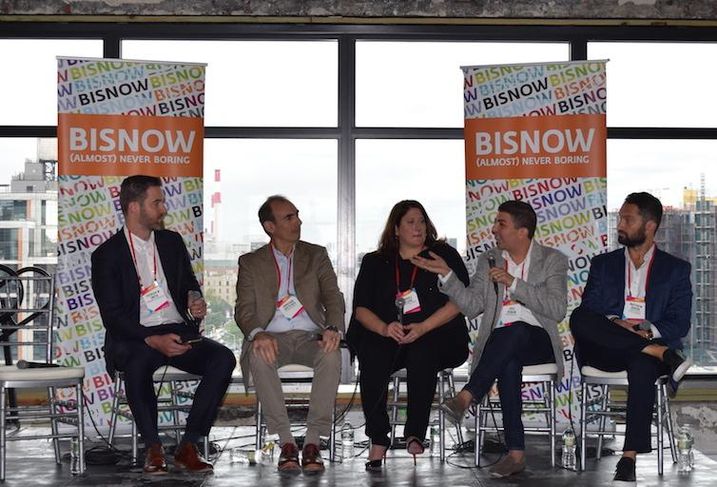 Now, attention is shifting to the area’s retail offerings, which many say have been lacking. There are no anchors in Long Island City, like Whole Foods or Trader Joe's, so far, but the local real estate pros said it is only a matter of time before those types of businesses start coming to the area.

“The creation and the evolution of the existing storefronts [has been] slow,” said CBRE Senior Vice President Dean Rosenzweig, who is based at the brokerage’s Long Island City office. He said there has been a shortage of retail inventory in the past.

“[The area] has been viewed as a bedroom community," he said. "Now we have some excitement and real incentive … the needle is moving on daytime population."

Jeremy Scholder, a vice president in CBRE’s Long Island City office, said food retailers are starting to see the value in setting up shop in the neighborhood. Toby Estate Coffee Roasters opened up on Jackson Avenue last year, for example, while Xi’an Famous Foods is planning to open in the area this fall. Woodside-based Mister Chicken opened an outpost on Roosevelt Avenue earlier this month. 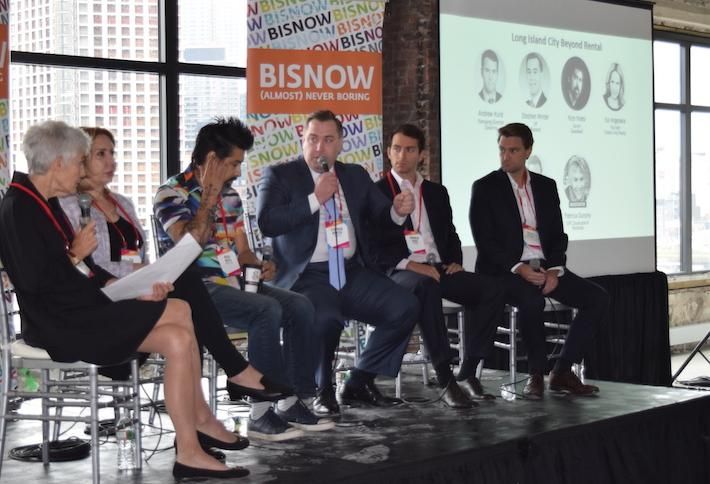 Scholder said that the shortage of inventory means rents have remained high, which can be off-putting to smaller operators.

CBRE does not track retail data in Long Island City, but Scholder said rents along Jackson Avenue can be higher than $100 per SF. Still, he said as more food operators come to the area, other types of retailers will follow suit.

While the area is becoming less of a “bedroom community,” Sweetleaf coffee owner Rich Nieto said its residents still shop as if it is.

“From a retailer's perspective, one of the uphill battles we face is that many people move to Long Island because of its proximity to Manhattan. So they feel they got better amenities or better rent, but their mindset of spending money is outside of Long Island City,” Nieto said. “A lot of retailers having a hard time even though there's a lot of population … They work in the city, they drink and they have dinner there and they come back home and it's like, ‘OK, now it's time to go home.’”

Long Island City’s layout and its connectivity is also a challenge, Feehan said.

“There's a lot of crosswalk and general pedestrian access that needs to be improved here,” he said.

Long Island City is still an unknown entity to some, and there is still work to do in showing what the area has to offer. 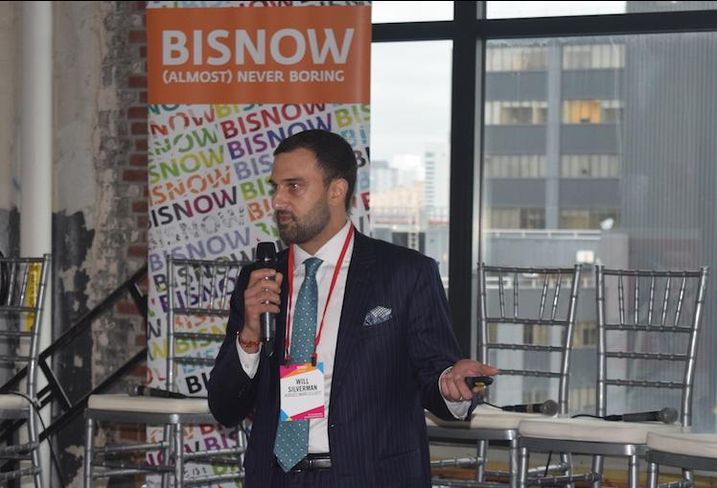 While concerns about an oversupplied rental market have dominated much of the conversation around Long Island City residential development, many said it is a short-term problem in a quickly maturing market.

People are now seeing the area as a place to live long term, and increasingly people are considering buying from the limited condominium supply.

“[A decade ago], Long Island City to us was more of a transient market. It was a place that you came because you were looking for cheaper rent and maybe a newer building and it was kind of a stop-off,” Simon Baron Development President Matthew Baron said. “I think today, LIC has really evolved to a place where people want to stay.”