Grocery Chain Fairway Denies It's Closing All Its Stores 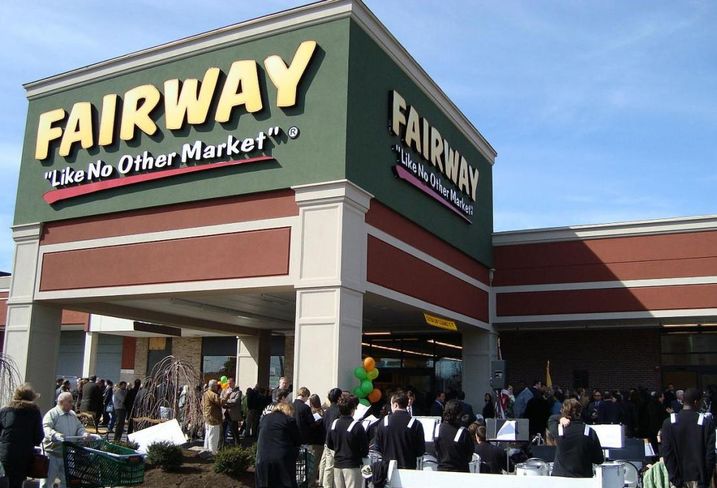 After a report late Tuesday night that New York's iconic Fairway Market would be shutting down and filing for bankruptcy, the grocery declared Wednesday it was still open for business.

The New York Post reported that the grocer — which started as an Upper West Side fruit and vegetable stand in the 1930s and was owned by four generations of the same family — was planning to file for Chapter 7 bankruptcy Wednesday, citing unnamed sources. By Wednesday morning, Fairway released a statement denying the report, without disclosing future plans.

Despite reports, Fairway Market has no intention to file for chapter 7 or liquidate all of its stores. All 14 stores remain open for business, offering a complete range of high quality, specialty food products, and we look forward to seeing our customers and employees. pic.twitter.com/eqiMFODBGW

"Despite reports, Fairway Market has no intention to file for chapter 7 or liquidate all of its stores," the company's official Twitter account posted Wednesday at 9:34 a.m. "All 14 stores remain open for business, offering a complete range of high quality, specialty food products, and we look forward to seeing our customers and employees."

In a subsequent statement Wednesday morning, a Fairway spokesperson told the Post it "expects to soon announce a value maximizing transaction that will provide for the ongoing operations of stores," but didn't deny that some locations would close as part of those plans.

Originally owned by the Glickberg family, Fairway's controlling interest was sold to Sterling Investment Partners, which paid $140M for it in 2007. The private equity firm embarked on an ambitious expansion plan, which saddled Fairway with some $300M in debt.

In 2016, Fairway filed for Chapter 11 bankruptcy. It emerged with a Blackstone affiliate, GSO Capital, as its new owner, and was forced to close just one store.

Unlike Chapter 11, which allows companies to restructure in order to pay off creditors and survive, Chapter 7 bankruptcy results in an immediate halt to operations, so all 14 Fairway stores would close if it did indeed shutter, including its flagship at Broadway and West 74th Street.

GSO recently sold its stake to Brigade Capital Management and Goldman Sachs Group, which had been looking for a new buyer. News that bankruptcy was in the cards came to light earlier this month, with suburban supermarket chain ShopRite's owner, Village Super Market, emerging as a potential buyer, according to the Post. Fairway has about $172M in debt that is set to mature in 2023 and 2024, which has scared off potential buyers.

Retail businesses controlled by private equity firms have accounted for a large share of the thousands of store closures in the past few years that has been given the nickname "the retail apocalypse." A common playbook is to saddle the companies they acquire with debt, file for bankruptcy and restructure in a bid for quick profits.

UPDATE, JAN. 22, 11 A.M. ET: This story has been updated with new information from Fairway.