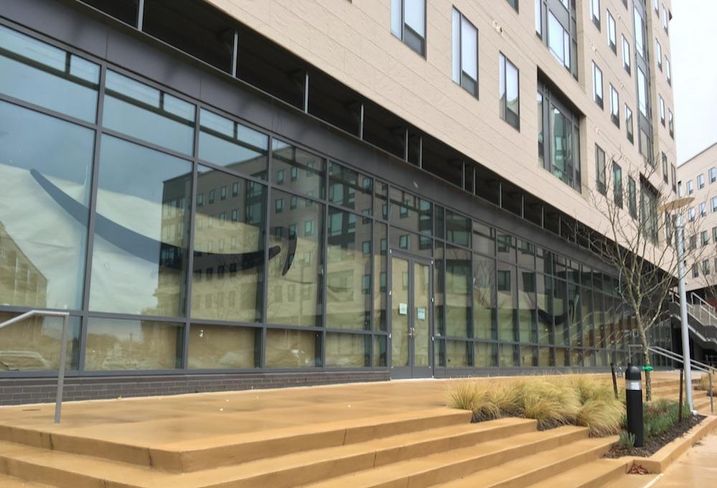 Amazon is possibly still looking to purchase vacated Fairway Market locations as the e-commerce giant races to expand its empire in the midst of global tumult.

After reports emerged in March that the Jeff Bezos-led company was bidding on four Fairway locations, Amazon ultimately dropped $1.5M on two Fairway stores in New Jersey following the supermarket chain’s Chapter 11 filing. In total, only seven of the 14 Fairways sold at the bankruptcy auction, the New York Post reports, and Amazon is still interested in acquiring more.

Specifically, the company is reportedly looking at one in Queens, one in Westbury on Long Island and another in Harlem.

“Amazon is sniffing around but nobody knows what their intentions are or what they are doing with the stores they bought,” an owner of an available Fairway store said to the Post.

The Fairway in Paramus, which Amazon now owns, ceased operating on Friday, NJ Advance Media reported. The Woodland Park Fairway, which Amazon also bought, is still open. Both are going to be supermarkets, but Amazon hasn't specified any further plans.

On Friday, Amazon filed for an alcoholic beverage license for a "full-service grocery store” in Washington, D.C., the Washington Business Journal reported. The size of the store there and another planned at H Street NE suggest the e-tailer is planning to open Amazon Go stores at those locations, according to the publication.

While many businesses are reeling from the impact of the pandemic, Amazon has seen a surge in demand. It has vowed to hire thousands of employees in order to meet orders, is hunting for new industrial space and experienced an all-time stock price high last month.

It is not just grocery stores the company is chasing. Amazon is reportedly considering buying the largest movie theater chain in the United States, AMC Theatres, although neither party has confirmed there is a deal in the works.