Amazon Is Circling Fairway Stores As Virus Paralyzes The City 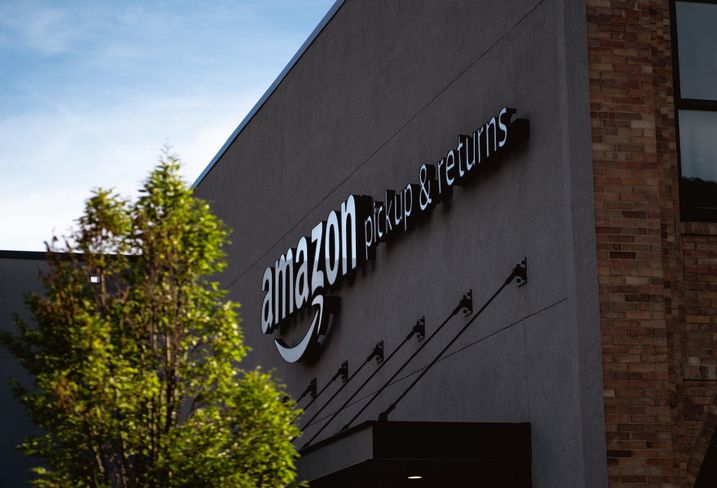 Fresh off closing on its billion-dollar purchase of the former Lord & Taylor building, Amazon is reportedly on the hunt for its next big New York acquisitions.

The e-commerce giant is bidding on four former Fairway stores, The New York Post reports. Fairway, which got its start in the 1930s as a fruit and vegetable stand on the Upper West Side, filed for Chapter 11 bankruptcy in January.

It has 14 stores in total, and Amazon is interested in one just outside city limits in Pelham, New York, two in New Jersey, and one in Brooklyn's Red Hook neighborhood, per the Post.

The negotiations are taking place as the city grinds to a halt amid the coronavirus crisis. Gov. Andrew Cuomo announced Friday that all workplaces, aside from what he has deemed essential services, must keep their entire workforce at home. He had previously listed healthcare providers, grocery stores and construction companies as exempt from the rules.

The economic pain is being felt across the city, as businesses went from open for business to completely shuttered in a matter of days. Shock waves have been sent through the nation’s economy, with millions of people expected to lose their jobs around the country.

In the New York Tri-State region, tens of thousands have reportedly applied for unemployment benefits. The state leads the nation in confirmed cases of COVID-19, the respiratory disease caused by coronavirus.

The stock market dropped again Friday, and the Dow Jones industrial average is expected to see its worst week in 12 years. Amazon, on the other hand, is seeing a surge in its business, as people withdraw from public places in a bid to slow the virus. Its stock price has risen from $1,676.61 March 12 to 1,880.93 by Thursday's close.

It is not yet clear, however, if Amazon head Jeff Bezos is planning to keep the Fairway locations as grocery stores, or if they will be used as distribution centers. The Post reports Bezos was interested in the acquisition before the virus crisis took hold.

Amazon said this week that it will be hiring 100,000 workers to meet demand for online orders. Meanwhile, Walmart is planning to bring 150,000 temporary workers on board by May. But despite Amazon benefiting from an increase in demand, it has felt the impact of the pandemic.

A worker in its Queens distribution facility tested positive for the virus this week, The Atlantic reported, which caused a shutdown of the warehouse.

“We’re hiring right away ... There’s so much demand,” Amazon Senior Vice President of Global Corporate Affairs Jay Carney told CBS This Morning, saying Amazon is now paying $17 per hour. "We are taking all of the precautions directed by the WHO and CDC when it comes to social distancing, deep cleaning our facilities, to ensure we are reducing the amount or eliminating the amount of time our associates congregate together.”