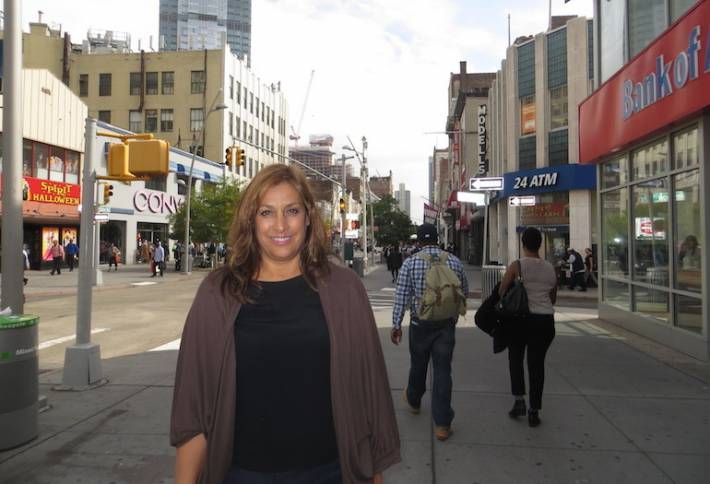 Fulton Street may be strewn with discount stores now, but savvy property owners are shepherding it toward a retail strip akin to 34th Street, and brand-name retailers like Juicy Couture and Victoria’s Secret are inevitable, says Winick’s Diana Boutross. The corridor’s longtime property owners are realizing there’s rental-rate upside and putting their toes in the water. They'll dive in to the search for fancier stores once City Point opens at the southeast end of the strip at Flatbush, she adds. Muss’ street-level retail development on Adams Street over at Borough Hall bookends Fulton Street on the other side. 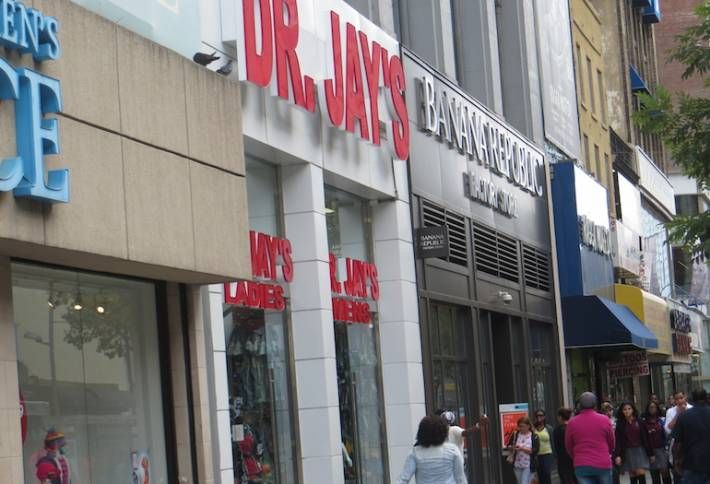 The past and the future side by side. Name brands like Banana Republic will absorb more space, Diana says, while the Dr. Jay’s types aren’t long for this street. It’s Brooklyn’s only pedestrian mall, closed to traffic other than City buses and delivery trucks (through traffic still passes through on cross streets). Wide sidewalks add to the pleasant pedestrian experience, and the pedestrians are many: daytime workers from MetroTech and the courthouses (NYC’s heaviest concentration of law offices populates the area), 50,000 students from schools like NYU Polytechnic and ASA, and nighttime buzz from a flood of residential development on the side streets. 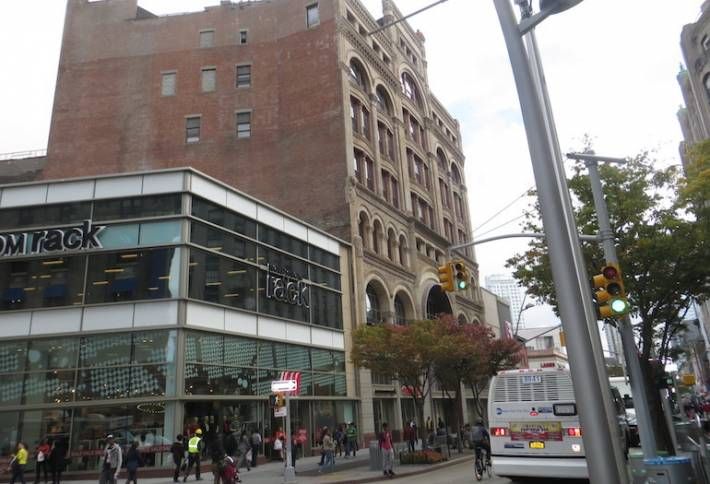 The latest opening is a big vote of confidence for Fulton. Nordstrom Rack opened last month in United American Land’s 505 Fulton at Bridge Street. The property also hosts Brooklyn’s first H&M and, next door in the Landmarked portion, a TJ Maxx that'll be topped with apartments. (United American sold a parcel a block north at Willoughby and Gold to AvalonBay but will keep the retail condo when the building, already under construction, is done.) 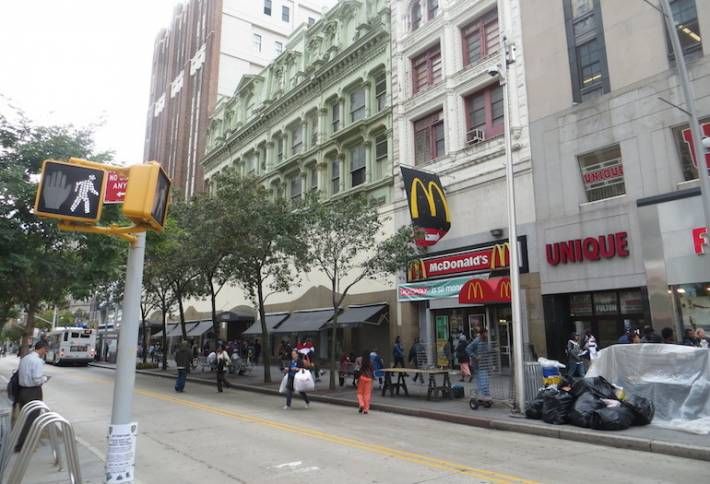 Macy’s (black awnings) has recognized the value here, too, eschewing $300/SF retail real estate sales prices and committing to a major renovation to its Fulton Street locale between Lawrence and Bridge. That’s on the heels of a major renovation to its flagship on 34th Street in Manhattan. (Joining Nordstrom and Macy’s, Neiman Marcus has opened a Last Call store across Adams Street on Joralemon, which is a continuation of Fulton Street.)