These Two Words Describe the NYC Office of the Future

Densification. Co-working. Not exactly sexy buzzwords. But if it's buzz you're after, we turn to ESRT chairman Tony Malkin, who put a wrap on Bisnow’s third annual NYC Office of the Future event Wednesday by discussing why he won't lease to startup tech firms. 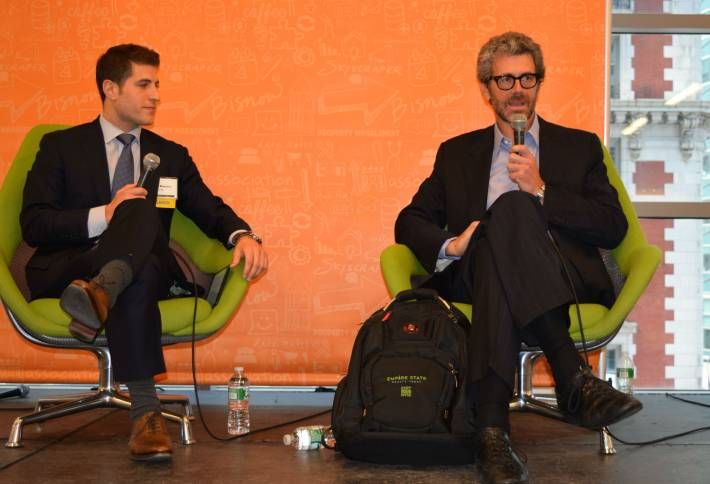 When asked by View The Space co-founder Ryan Masiello (left, with Tony) if we're in a tech bubble, Tony said: “I have no idea. I just know I’m not renting to them.” Tony says he's not anti-Millennial or anti-tech—just prudent. He shies away from up-and-coming startups until they're ready for “a real landlord and a real building.” Tony says that Millennials have one main shortcoming: They haven’t made enough bank (except the ones who’ve already gotten filthy rich). He says characteristics common to Millennials—student debt and waiting to have kids—mean they’re not buying homes or doing as much to drive the economy as past generations did. 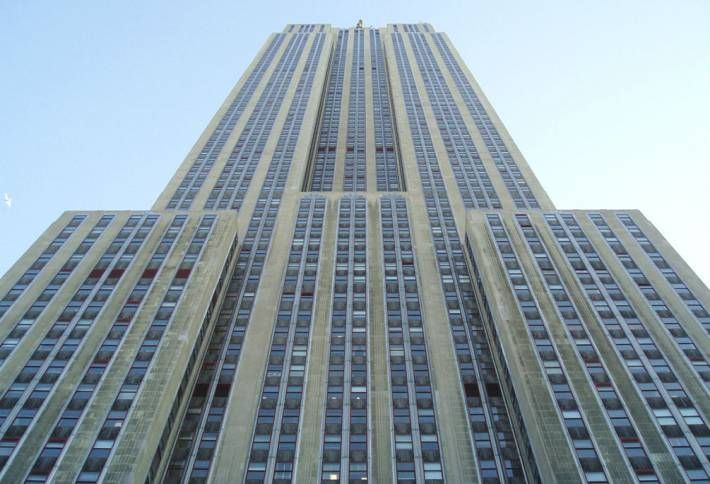 “They’re looking for authenticity,” Tony says, arguing that Millennials are finding it in buying experiences over tangible goods. That’s reflected in what they value in the office space experience: places to connect with others and services that create “wow!” work moments. Hence the Starbucks location in the Empire State Building that’ll deliver coffee to tenants in the building. 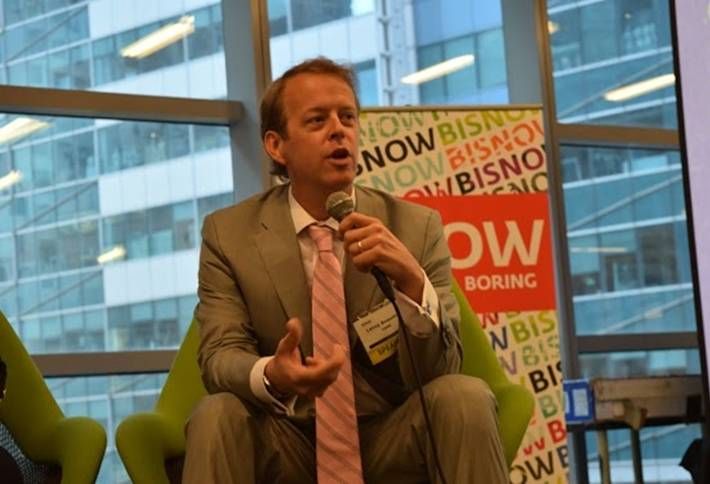 There’s no one way to cater to what office tenants are after—and sometimes they need to see the space first. “People don’t know what they want in a future workplace. They really have no idea,” said CBRE senior managing director for global workplace strategies Lenny Beaudoin. “But they know what they like when they get it.” He noted that CBRE's created a more activity-based workplace that gives its own people access to a variety of shared spaces. He said CBRE’s seen increased revenue and market share at its own offices that have taken this approach. 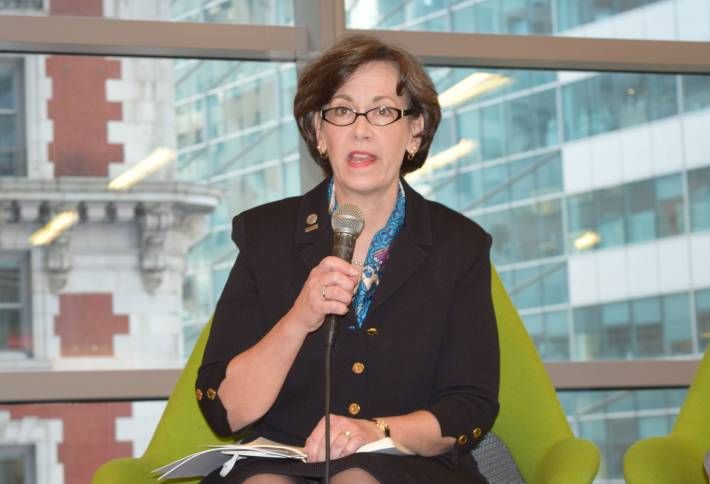 Tech firms, however, are helping lead a change in the way office space is built, designed, marketed and used. Densification and co-working have turned the market upside down, making rigid, long-term leases less desirable. As Skanska chief sustainability officer Beth Heider put it, companies are looking for “that dimension of space that people want to be in because they feel good.” A total of 19 leading industry execs spoke at the event, which drew more than 300 people and was held in a raw space at the Durst Organization’s 4 Times Square. 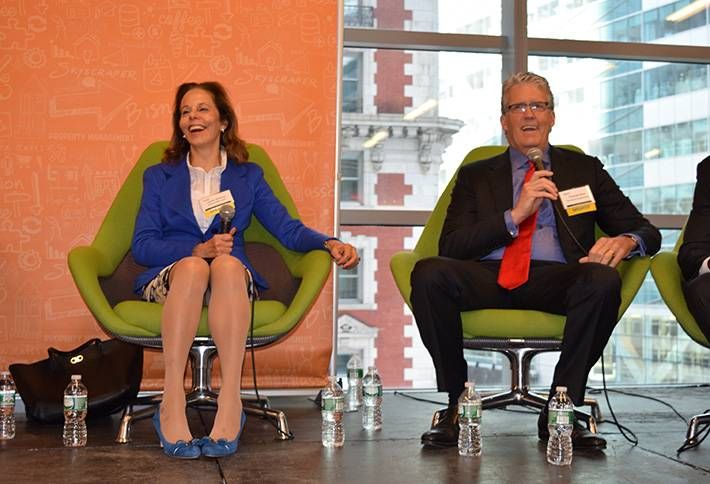 As an example of a building owner responding to the market climate, Durst SVP Tom Bow said they will spend $100M to retrofit 4 Times Square, which opened just 16 years ago. Here Bow enjoys a laugh with a fellow member of the leasing specialist panel, Himmel+Meringoff Properties managing partner Leslie Himmel. Leslie wasn't laughing at Durst's desire to upgrade 4 Times Square (we think). 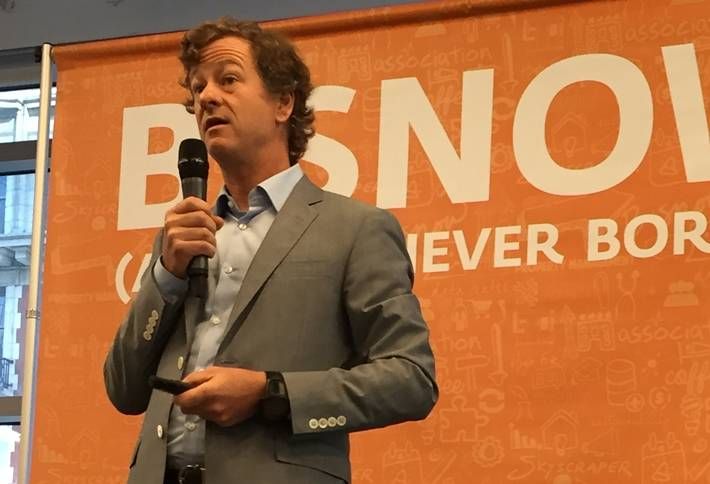 The three panels—experts in Design & Construction and six others representing the tenant perspective comprised the other two—riffed with impressive acumen on the rigors of doing office space effectively amid a frenzied push among end users for flexibility, agility, economic efficiency, mobility and choice. In opening remarks, LiquidSpace CEO and founder Mark Gilbreath showed how much things have changed. “All these pressures didn’t exist when things were nice and ordinary and you could simply build a campus or a portfolio and occupy it for 10 or 20 years.” But Gilbreath noted that it's not just user needs that are upending the market. It's also private companies using technology to rent excess space. Even governments. He said the City of Palo Alto, in California, uses LiquidSpace to lease unused square footage in its buildings. For free. “Think that might disrupt the real estate model a little bit?” he said rhetorically. 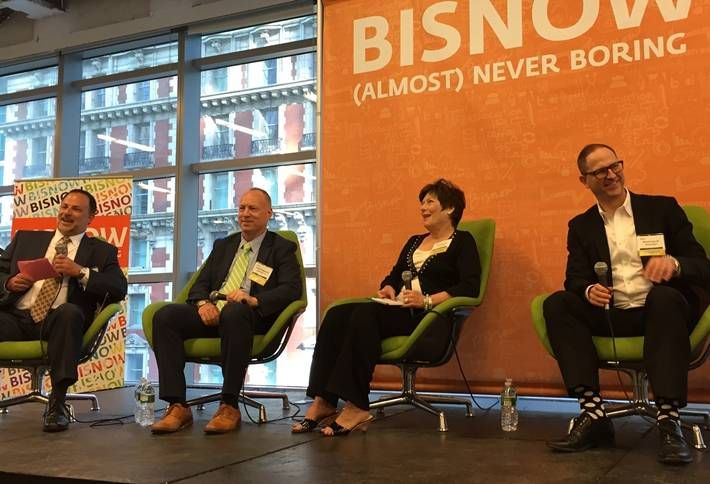 Like any Bisnow event, there were many fun, light moments. Here are members of the Design & Construction panel enjoying a laugh. From left are Macro Consultants director Mark Tomasello, who served as moderator; Syska Hennessy SVP Keith Fitzpatrick; Mancini Duffy director of workplace innovation Fran Ferrone; and Woods Bagot senior associate Brent Capron. The laugh may have been rooted in Beth Heider's use of the word "smackdown" in one of her responses, which drew some light teasing from Lenny Beaudoin. 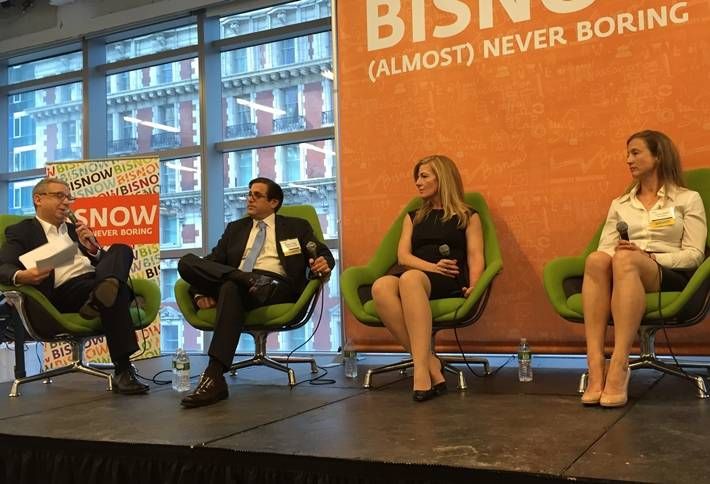 The tenant outlook panel was moderated by Cushman & Wakefield Executive Vice Chairman Josh Kuriloff (far left) and included (in order from Josh's left) Colliers International president of NY tri-state Michael Cohen; Servcorp SVP Melanie Gladwell; and Bloomberg LP global head of real estate and facilities Lauren Smith. Cohen provided the most unique point when he said that adapting to the densification trend was one thing, but the most important issue was increased government funding for mass transit improvements. 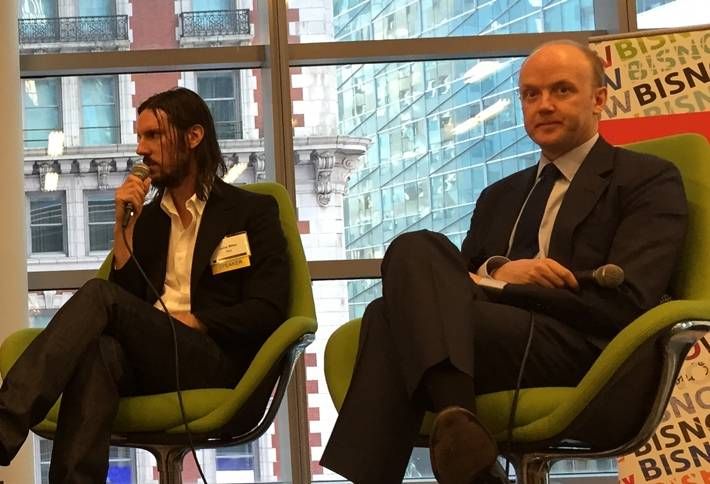 Rounding out the Tenant Outlook panel were Etsy Director of Workplace Ecology and Design Josh Wise and GLG CEO Alexander Saint-Amand. It was Alexander who provided one of the morning's best moments when he hammered away at a simple point: newstands in building lobbies are antiquated, he said, and workers would be much better off (and happier, more productive, you get it) if the space were used for a hip-looking juice bar instead. Take note, developers! 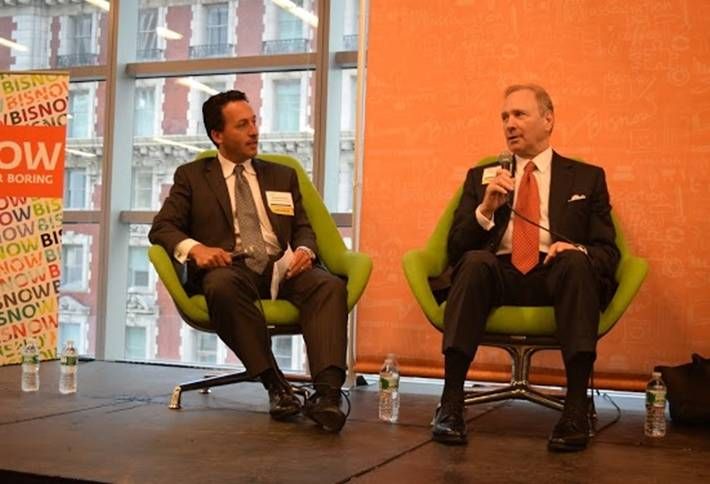 Here's the moderator of the "state of leasing" panel, Anchin Block & Anchin partner Rob Gilman (left) kicking back and listening to the response of Avison Young principal and tri-state president Arthur Mirante. It was Rob who asked the panel where the next hot neighborhood would be. Arthur responded by saying he couldn't remember a prior time during which every market in Manhattan was bananas. For him, the New Jersey waterfront will be the "inevitable price release" from crazy nuts Manhattan. 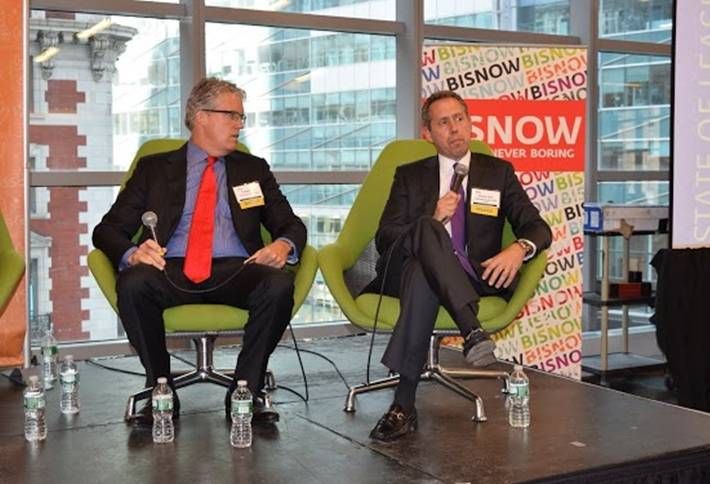