'Everyone Is Tense': Office Owners Demand Proof Of Hardship As Tenants Seek Relief

Across the country, businesses are coming to grips with economic pain on par with the Great Depression and social distancing requirements stretching for months, if not years.

For office landlords and their tenants, this new world order is particularly uncertain as extreme lockdowns roll into a second month in major markets like New York. Both sides are keen to protect their financial interests, and delicate, tense conversations about rent payments are taking place. 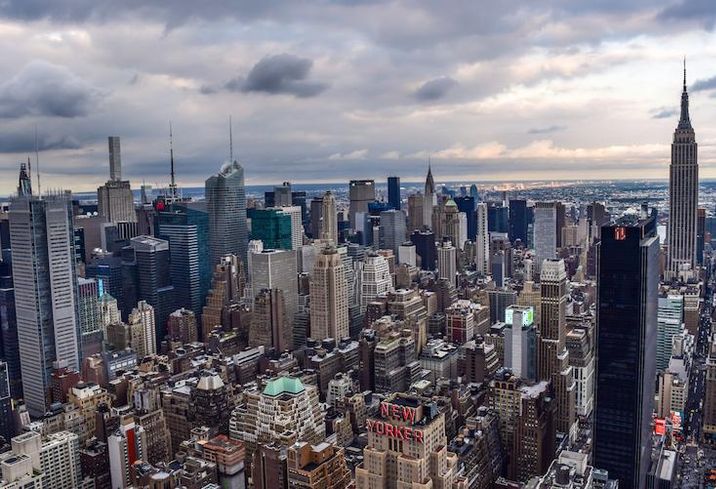 Though landlords are generally quick to tout how they view their occupiers as partners, many are now saying that if tenants want or are expecting some form of relief, they had better be prepared to prove they need it.

“We are asking ourselves the following question: ‘Is this an existential crisis or is this someone blowing smoke?’” said one New York City office building owner, requesting anonymity as negotiations are ongoing.

Office owners are expecting their tenants to hand over financial statements, previous leases, revenue history and where they see the business going in order to negotiate on the rent.

“When a company comes to us for this kind of help, it has to be willing to open its kimono,” the landlord said.

There is already friction between renters and landlords across the spectrum. Coworking and flexible office providers like WeWork and Knotel have reportedly stopped paying rent at some locations. Knotel CEO Amol Sarva said his firm is already in talks to hand back 20% of its portfolio to landlords, and a third of its tenants have asked for rent relief.

Some of the country’s biggest retailers are sparring with their landlords over unpaid rent as consumer spending retracted by record levels last month.

Behemoths of the New York City office world have come out swinging. Related Cos. CEO Jeff Blau said earlier this month on CNBC that firms with cash have an “obligation” to pay rent. Silverstein Properties CEO Marty Burger told The Real Deal that while the company will work with its tenants, it “can’t be everybody’s bank.”

“People are going to have to share financial information they normally don’t share and may not be comfortable sharing in order to get all parties involved in understanding the requested relief,” Rosenberg & Estis attorney Michael Lefkowitz said. “Typically, office tenants don’t share revenue information."

He said landlords need to speak to their lenders any time they adapt their leases or grant rent relief to ensure they are not violating their terms and creating a loan default. 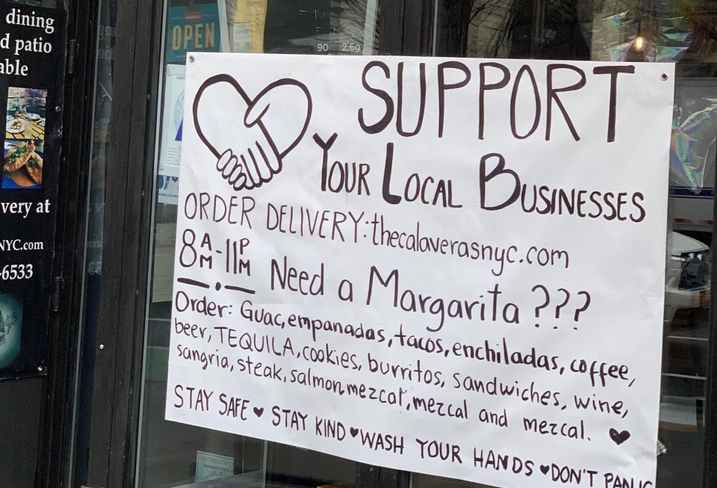 Bisnow/Miriam Hall
Bars and restaurants can now only serve takeout.

“A lot of tenants just automatically in a crisis like this — as with 9/11 and [Superstorm] Sandy — say ‘everyone is getting free rent,” Cresa Managing Principal Peter Sabesan said.

Sabesan, who has represented WeWork, American Express and Allianz Insurance Co., said he knows of one national landlord that has written to a tenant outlining criteria it will need to meet before a conversation about rent help. The letter came after two weeks of phone calls between the two, he said.

He knows of some deals where one landlord is willing to defer rent for three months, but is charging the tenant interest later on. Another tenant he represents has been threatened with a demand letter from its landlord for not paying rent. Most landlords are being fair, he said, but "some will try and intimidate tenants … Then the tenants will get nasty right back.”

An official at a New York City commercial real estate firm, which owns office skyscrapers in all parts of Manhattan, said many companies are feeling emboldened by a country-wide “narrative” that rent is now optional.

“We’ve had a couple of professional service firms, like law firms, a 100-person company, which is maybe a 30K or 40K SF user, and they are asking for help,” the source said, requesting anonymity to discuss ongoing negotiations. “Our question to them is ‘You are a $20M or $25M a year business — you have zero operating reserves?'"

While the company is willing to work with tenants who are genuinely facing hardship, the source said, others will need to reach into their cash reserves to save their business and pay their rent.

“You presented us with a balance sheet when you signed the lease, we know for the last X number of years you’ve been grossing $12M — those conversations [about rent relief] are tougher," the official said. "You’ve got to demonstrate hardship.” 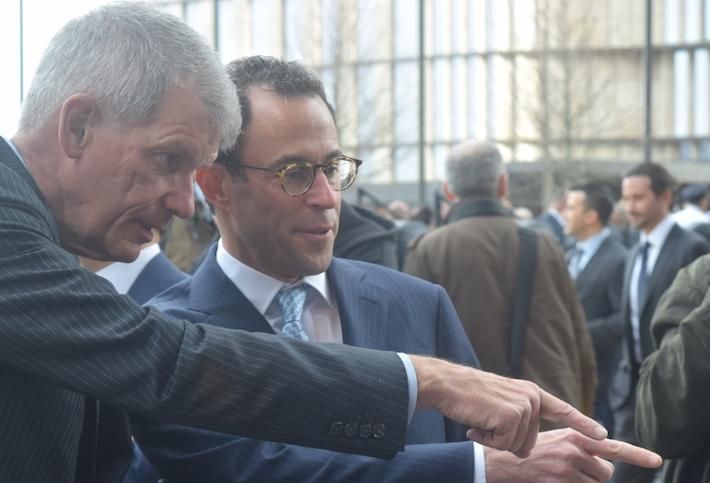 As of last week, nearly 20 million people had filed for unemployment in the U.S. Much of that was concentrated in industries hit the hardest by lockdowns, like retail and hospitality. But more job losses could be coming in healthcare, at law firms and among government workers, potentially pushing the unemployment rate up to 13% in June, the Wall Street Journal reported.

While New York City has experienced a wave of record-breaking rent highs in recent quarters, that may now be a thing of the past.

“I’m seeing tenants saying, ‘I know we were in the market for $55 a foot — can we offer $40?'” Vicus Partners Senior Director Waite Buckley said.

One of his tenant clients has seen its office build-out delayed and the landlord has agreed to some extra months of free rent, Buckley said.

“There are tenants in the market that signed long-term leases recently, they are paying above market [rent]," he said. "They are going to be looking to the landlords for discounts.”

Some landlords said most office tenants have been doing well, but retailers have been the major problem.

“Maybe the conversation will change, but most of the office tenants — and some are in essential services — they seem to be doing OK,” Marx Realty CEO Craig Deitelzweig said.

Ninety percent of Marx's office tenants paid rent in April, he said, although some rent checks were delayed. A handful of tenants reached out for help, and the company is working with them.

“On the retail side, some are just not paying rent at all," Deitzelweig said. "And the bigger they are, the more likely they are to not pay rent, just because they think they can.”

Despite the tensions, office landlords and tenant representatives acknowledge the two sides will need each other as the country enters a particularly sharp, deep recession.

“Everyone is tense,” Tri State Commercial Realty Senior Associate Dov Bleich said. “Everyone has to get to a certain agreement that works for both … No one has more leverage than the other.”