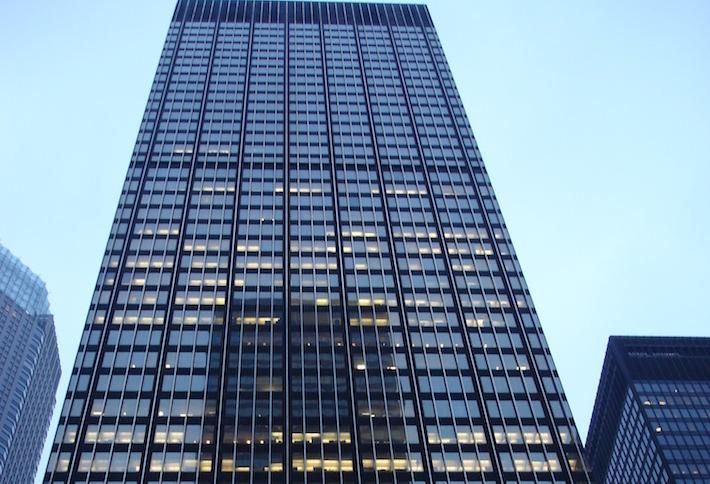 The 70-story tower will be its new global headquarters, house 15,000 employees and eclipse the existing building’s footprint by more than 1M SF.

“With a new headquarters at 270 Park Avenue, we are recommitting ourselves to New York City while also ensuring that we operate in a highly efficient and world-class environment for the 21st century,” JP Morgan Chairman and CEO Jamie Dimon said in the bank’s announcement.

The project is the first under the New York’s new Midtown East rezoning plan, which the city’s land-use committee approved in 2017. The bank seeks to buy development rights from surrounding buildings, according to the release. The sellers of those air rights have to pay the city at least $6.49 per SF, and those transactions will generate north of $40M for public improvements, according to the New York Times.

“It’s terrific,” ABS Partners’ John Brod said. “They’ve made a commitment to Midtown … [and] it only encourages other companies that are considering relocation outside of the zone to reconsider that.”

Midtown has been experiencing a mass exodus of office users.

Time Warner is leaving the Time Warner Center to move to 30 Hudson Yards. Law firm Skadden Arps will leave 4 Times Square when its lease expires in 2020 to go to One Manhattan West. L’Oreal USA started moving its staff to a new headquarters at Hudson Yards in 2016 after 60 years in Midtown.

In 2015, Wells Fargo signed a deal to move its New York office from 150 East 42nd St. to join Time Warner at 30 Hudson Yards. Colliers International Tri-State President Michael T. Cohen said the fact that JPMorgan will need to find short-term offices for its employees while the development at 270 Park is underway will be good news for the landlords of vacant office space in the area.

“My guess is Chase is going to need to find a home for thousands of people for several years,” he said. “The Midtown market has been facing some headwinds and there’s some oversupply looming as a result of other people moving out of Midtown.”

He added that it is not only a major coup for the area to keep the bank, but also a quick payoff from the rezoning legislation.

“It’s an unthinkably rapid response to the rezoning,” he said.

For a while, it seemed as if JPMorgan would be leaving the area for good. It had reportedly considered building a $6.5B headquarters in Hudson Yards. But that deal died after negotiations with the city fell apart. A little over a year ago, the bank was reportedly offered SL Green’s 1.7M SF One Vanderbilt supertall in exchange for two of its Midtown office buildings, including 270 Park.

“[JPMorgan’s decision] is going to make Midtown East competitive with Downtown and Hudson Yards,” Savills Studley Chief Economist Heidi Learner said. “I think it may cause people to re-evaluate whether [Hudson Yards and Downtown] are really the only place to go for new construction.”

A record 850K SF of leases for $100/SF or more were signed in new buildings last year, according to JLL’s hedge fund activity report released last month. Out of those leases, 650K SF were signed at Hudson Yards and Manhattan West alone.