Landlords Getting More Flexible In Office Leasing, Even For Large Spaces 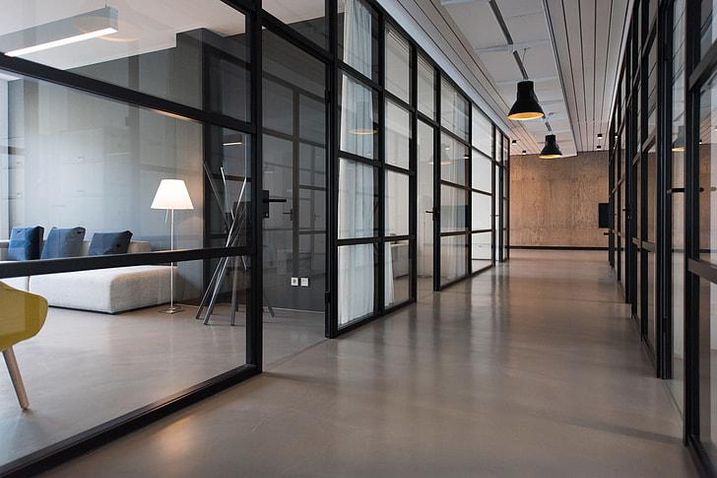 Flexible leases for larger workspaces could become more commonplace as the office market adapts to a new era of uncertainty.

While the demand for short-term leasing has been present for a while, the coronavirus has prompted landlords to think about how they can incorporate elements of the flexible office model into bigger and bigger office leases, panelists said during a Bisnow webinar about the future of office this week.

“Landlords that are able to give leasing flexibility into their leases will profit from that, because uncertainty is making it much more difficult for decision-makers to commit to a 10- to 15-year lease,” Somerset Development President Ralph Zucker said. “So we have to take the coworking model … and expand it all the way up to much larger footprints.”

Zucker was joined by Newark Alliance President and CEO Aisha Glover, Columbia Property Trust Senior Vice President Paul Teti and Upflex co-founder Ginger Dhaliwal on the webinar, which focused on an ongoing trend in office — the hub-and-spoke model — where companies set up anchor offices in the city and smaller offices in the surrounding areas.

These larger flexible footprints could be 30K SF and up, the panelists said, and would primarily be considered for suburban spokes.

Up until recently, flexible office space was only perceived as profitable in the central business districts, Teti said. But lately, there has been increased demand for this space outside the city.

“There is a need for flexibility in those spokes and so perhaps, you start to see more dynamic growth,” Teti said.

Zucker, who has both coworking spaces and short-term, flexible office leases at his suburban properties, including Bell Works in Holmdel, New Jersey, said spaces need to be built for this flexibility at the beginning. He has implemented these kinds of short-term leases at Bell Works and at his project just outside Chicago.

“It really starts with the layout, the design, building in enough flexibility into your floor plan that is something that will be fluid," he said.

There are some barriers to this kind of leasing, Teti said. Some lenders could have a problem with it, and the model only works if, at the end of a shorter, flexible term, there is anticipated rent growth in the market.

“To the extent that you saddle yourself with very restrictive property-level debt, it’s going to be difficult to bring your financial partners along and convince them that a one- or two- or three- or five-year lease is the kind of stability they need,” he said.

The flexible leasing trend is more likely to pop up in a spoke, rather than a hub, Teti said. The hub office will probably have more tailored tenant adjustments, still intended to communicate a company's culture and brand, while a spoke office could lend itself to being less individualized.

In Newark — which is a hub within the New Jersey market and a spoke within the New York metropolitan area market, Glover said — there has been increasing demand for flexibility.

“When you have startups and entrepreneurs kind of graduating out of these incubators and accelerators or ready to move on from coworking, the requirements and restrictions on these longer-term leases were really preventing them from having that step-out space,” she said. "If that's a change that comes out of this, it will definitely benefit the innovation economy."