Not To Be Outdone, Facebook Is Looking At Its Own Major NYC Expansion 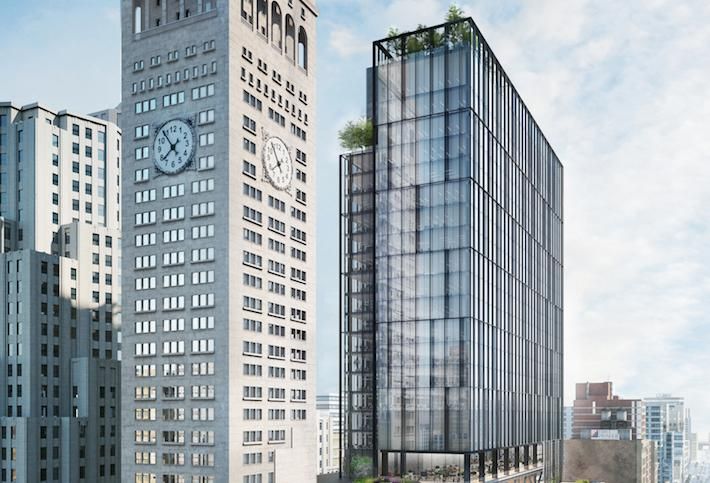 Two of the world's five bellwether tech companies have announced major expansions in New York in the last two months, and a third is looking at a Big Apple move of its own.

Facebook is in talks to lease SL Green’s One Madison Ave. tower, an indication the tech giant is expanding more in Manhattan. It is not clear how much space it is considering at the planned redevelopment at Madison and Park avenues between 23rd and 24th streets in the tech-savvy Midtown South neighborhood, the New York Post reports.

Right now, Facebook leases 758K SF at 770 Broadway and another 266K SF at 225 Park Ave. South. Facebook was reportedly close to inking a lease that would give it 870K SF across the entire office portion of 63 Madison Ave. in NoMad. However, the Post reports that deal may not be going ahead.

Earlier this month, SL Green revealed its development plans for One Madison Ave., which will be designed by Kohn Pedersen Fox and Gensler and co-developed by Hines — the same team responsible for the One Vanderbilt supertall in Midtown. Once complete, One Madison Ave. will be almost 1.5M SF. Construction will start in in 2020 or 2021 when current leases expire.

Credit Suisse is currently in the building and is moving out, according to the Post.

Amazon’s decision to build half of its HQ2 in Long Island City and Google’s recently announced plans to create a 1.7M SF campus in Hudson Square, in addition to Facebook's growing presence have led many to tout New York City as a true rival to the West Coast as a tech epicenter.