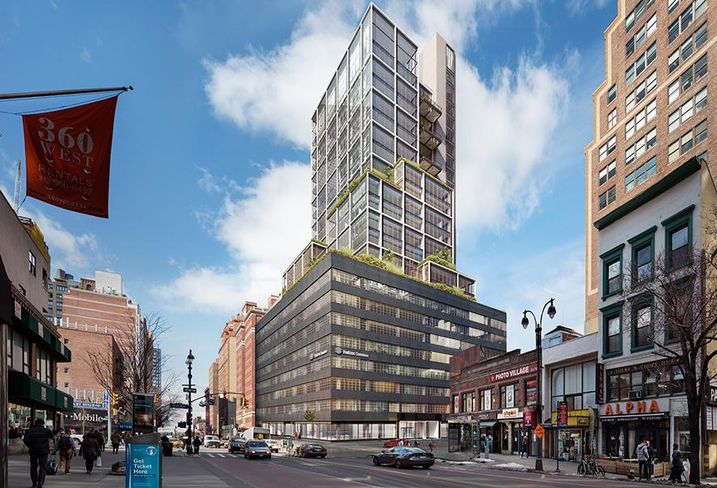 Hudson Yards is already an office district much bigger than the eponymous buildings being developed by Related Cos., and that shows no signs of slowing down.

Cove will be redeveloping the existing eight-story structure — differentiating it from the myriad, new glass-and-steel towers going up nearby — and building an additional, thinner 17 floors on top to create a 701K SF tower with varied floor plates for a mix of users. The structure, designed by Kohn Pedersen Fox, will include 14 private terraces, underground parking for 140 cars and environmentally sustainable roofs.

Cove obtained the sizable loan with the brokerage assistance of an HFF team led by Senior Managing Director Michael Gigliotti. The financing gives the developer a leg up on The Moinian Group's 3 Hudson Boulevard project, which will be nearly three times the size and may require investment through the EB-5 visa program.

Although it has yet to announce any tenants, Cove expects to begin leasing during the reconstruction of the original eight stories next year, and told the Commercial Observer it has received heavy interest from multiple sectors. The project is due to be fully tenant-ready in the summer of 2019.