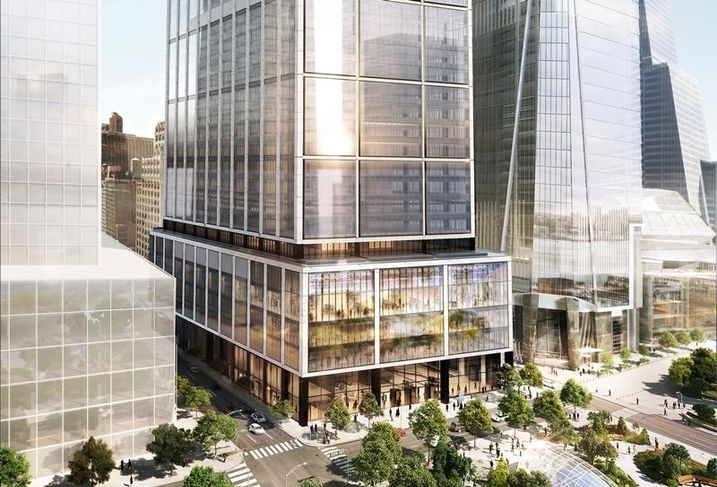 After a slow 2016, Manhattan saw a revitalized office leasing market in the first half of 2017 thanks to improved job growth and large leases.

Leasing activity in the first half outpaced the same period in 2016 by 19%, according to a CBRE study, led by five new leases of larger than 250K SF — more than double the amount of a year go. The largest lease was BlackRock's 847K SF deal at 50 Hudson Yards, a symbol of the financial, investment and real estate sector's strong 2017.

Technology, advertising and media industries also saw stronger job growth than in 2016, and leasing activity in the sector was led by Spotify's lease of 378K SF at 4 World Trade Center, which it expanded by about 100K SF in the skyscraper while it plans to keep its old offices with RXR in Chelsea.

Such large leases at new deliveries reflect the two dominant trends of the year so far: increased activity and increased availability. Despite all the leasing, Manhattan posted 2.7M SF of negative absorption, thanks to a glut of new deliveries. Midtown, which experienced its sixth consecutive quarter of negative absorption, posted 1.2M SF of that.

Although Hudson Yards is substantially adding to Midtown's available square footage, the migration of businesses farther south is also a serious factor in Midtown's negative net absorption, according to CBRE.