The Magic Behind One SoHo Square

Stellar Management is conjuring up a substantial amount of additional leaseable space in its renovation of 161 Ave of the Americas and adjacent 233 Spring Street, a pair of pre-war buildings it acquired for $200M two years ago. (Even David Blaine is impressed.) 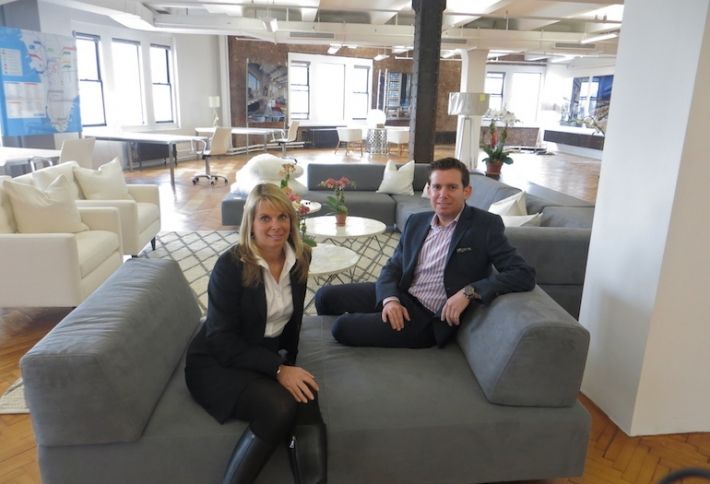 We snapped Stellar’s Ryan Jackson and C&W’s Jodi Roberts (who’s leasing the 768k SF with colleagues Josh Kuriloff, Jamie Katcher, Jonathan Fales, and Matthias Li) in 161’s marketing suite. Stellar and partners Rockpoint Group and Imperium Capital are consolidating all the systems for both properties in a new, 100k SF tower in what is now a 19-foot-wide shaft between the two properties. That means one set of nine destination-dispatch elevators to serve both buildings, plus the opportunity to do all new building mechanicals, including a condenser water plant. 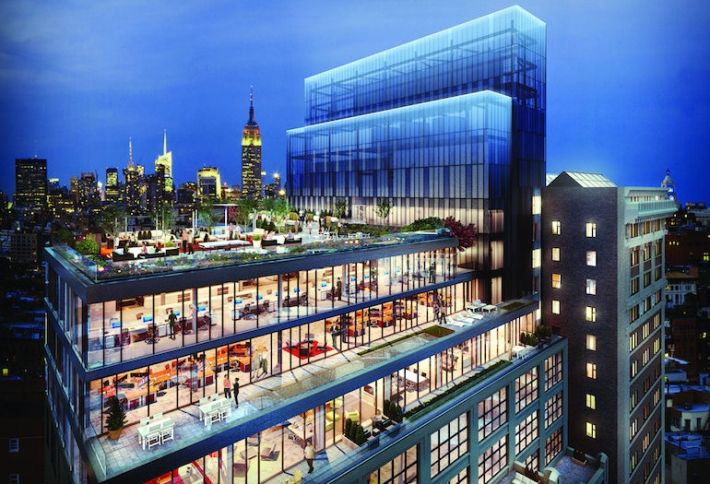 In fact, the mechanical tower will become an architectural addition to the skyline, set back 20 feet but 200-feet deep and rising taller than the original pair of buildings. Designed by Gensler, it features poignant bands of light, a rare ornamentation for space that won’t be occupied by tenants. (A completely empty building? Wasn't there a Twilight Zone episode like this?) Stellar also is adding a 66k SF, three-story, glass-walled penthouse space across three floors at 233 Spring, for which the first steel shipment arrived just last week. It’ll deliver by October with loads of terraces and a 20k SF roof deck. 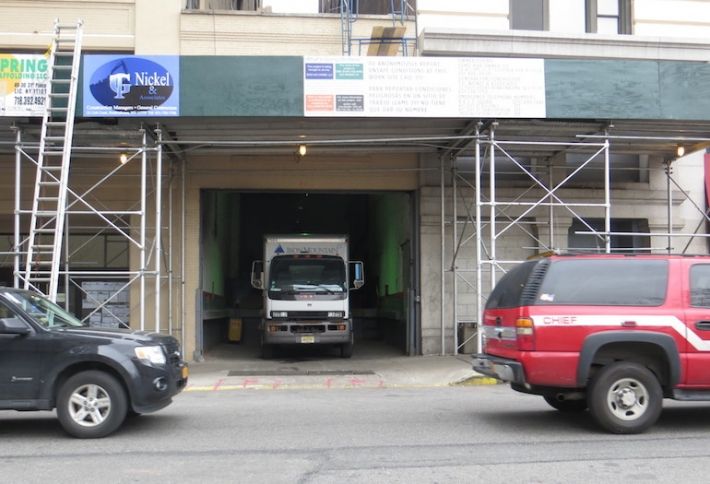 All three structures combined will be known as One SoHo Square when complete in fall 2015. We snapped this of the loading dock (below the now-empty shaft) that'll become the two-story, shared lobby. That project will start this year and sits across from the two-block Park at Spring + Sixth, which Hudson Square BID is fixing up, and 233 Spring’s loading docks to the left beg to become retail as Spring Street goes upscale. 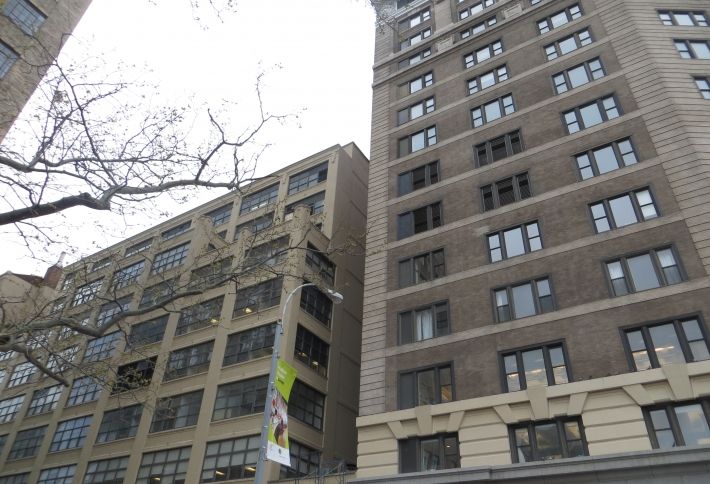 Here's the unused air shaft between the 1924-built 233 Spring (left) and 1903's 161 Ave of the Americas (right), which wraps around the corner and extends north along Sixth Avenue toward Vandam. That’s where Warby Parker has leased three floors and is in swing space while it preps for move-in. Once the centralized elevators open and tenants roll, Stellar will be able to close 161’s Sixth Ave lobby and open even more retail. 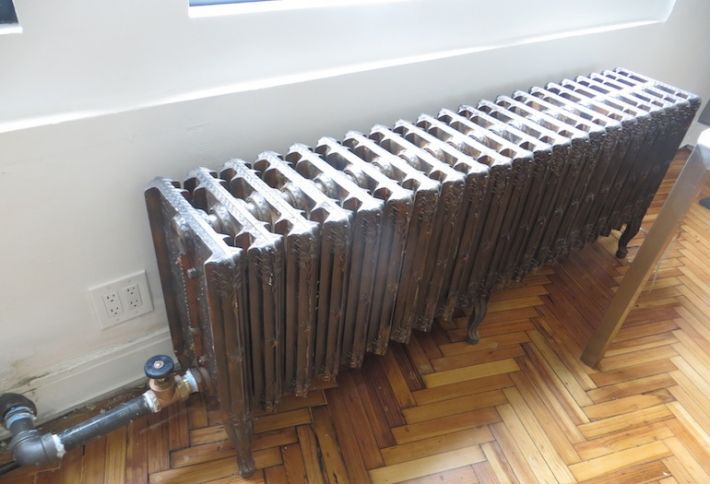 The complex will be modern in every sense but still offer historical touches, like original radiators, which Stellar sent to Brooklyn to be stripped of paint and restored.