From Harlem's rebirth in the 1920s to the crime-ridden Williamsburg of the 1970s, New York's famous neighborhoods and locales have seen a lot of change over the years. Here's a look at seven of the city's most iconic areas, and how they've changed—or not—since the events that put them on the map. 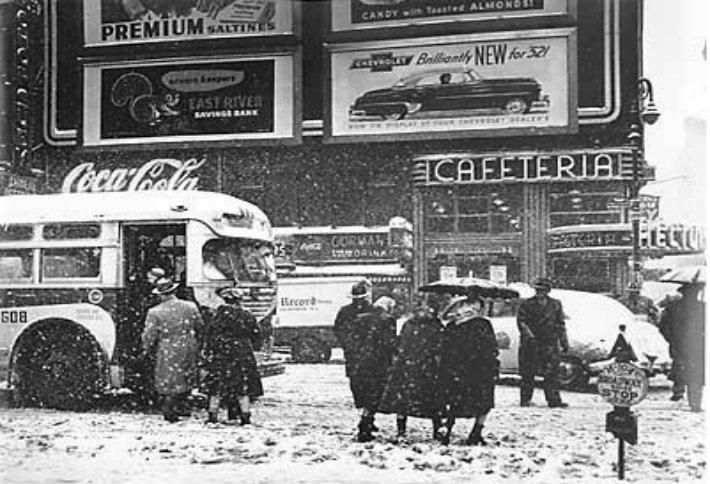 Times Square in the '40s and '50s was the crime-ridden cradle of the Beat Generation. Writers like Kerouac, Ginsberg and Burroughs planted the first seeds of the coming counterculture movement while killing time in the area's gritty bars and cafeterias, like the Hector's Cafeteria pictured above.

These days, the area has been cleaned up considerably, and is known mostly for being one of the world's preeminent tourist traps. Times Square still has a bit of dirt under its fingernails however, reflected in the recent debate over naked, painted women and a nearby McDonald's that still serves as a junkie hangout. 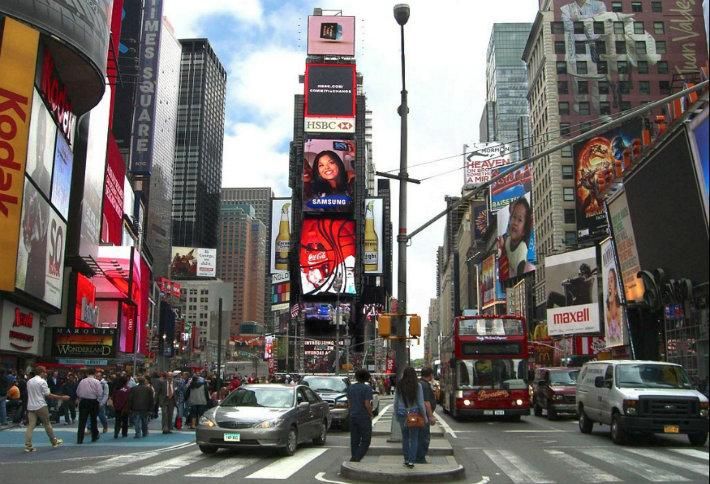 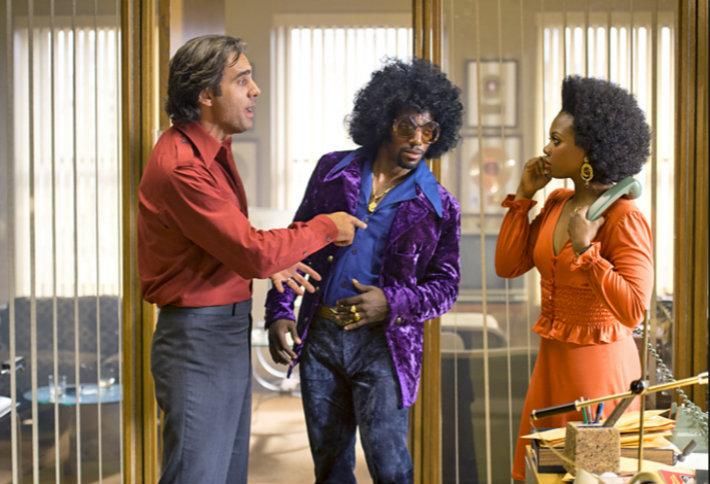 From the '30s onward, the Brill Building at 1619 Broadway has been the beating heart of New York's music industry, with the labels and studios based there pumping out some of the most memorable tunes ever produced in America.

The building serves as a backdrop in HBO's new series Vinyl, which follows label owner Richie Finestra (shown above speaking with The Mighty Hannibal) in the early '70s, as he sheds the dead weight from his label and devotes it solely to New York's emerging punk rock scene.

The Brill Building is in the midst of a $25M reposition, after being purchased last summer for $295M. Its record companies are long gone, but some entertainment-industry holdouts, like Lorne Michaels' Broadway Video, remain. 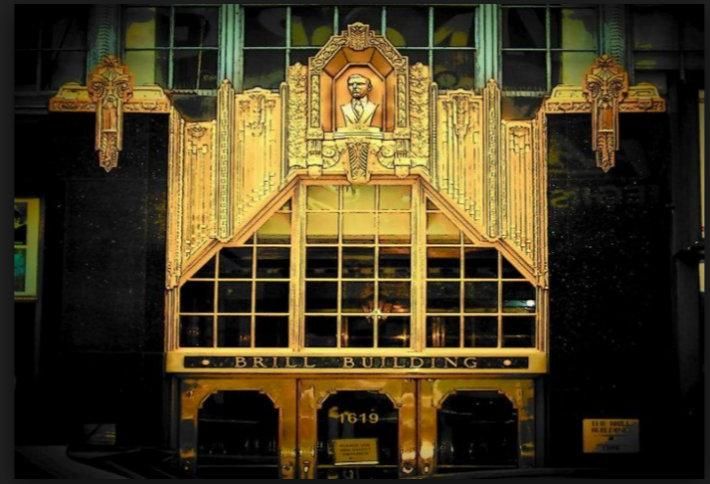 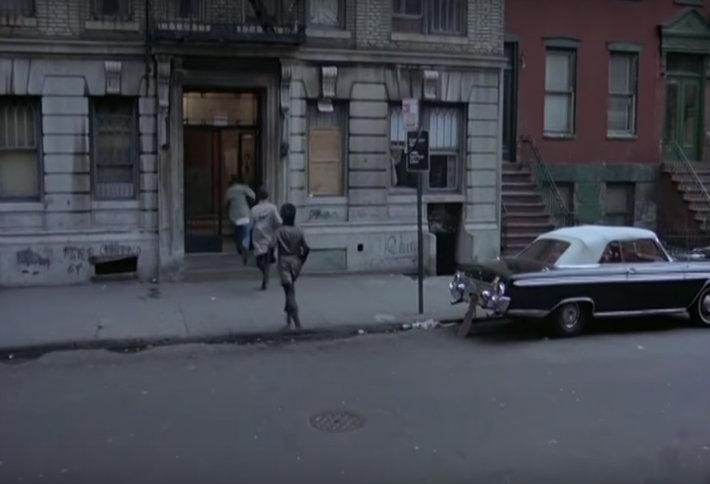 Williamsburg in the '70s was a lot less cool and a lot more dangerous than its current incarnation as the world's hipster mecca—sources tell Bisnow they remember the area colloquially referred to as "Killemsburg" back in the day, and for good reason. The building at 778 Driggs Ave was where the real-life Serpico got shot in the face, and that scene in the movie (above) was also filmed there.

Although that building is now flanked by hip bars and fancy food joints, it's still in touch with its roots. Last year a 25-year-old was busted for running a drug ring that was pulling in $1.5M annually out of an apartment there. 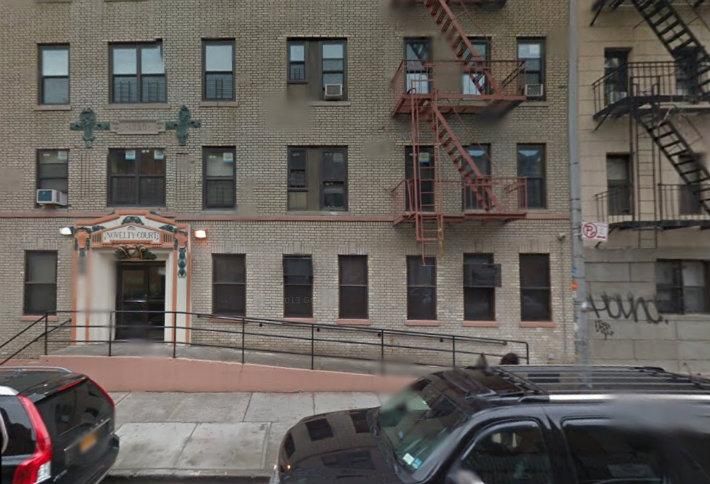 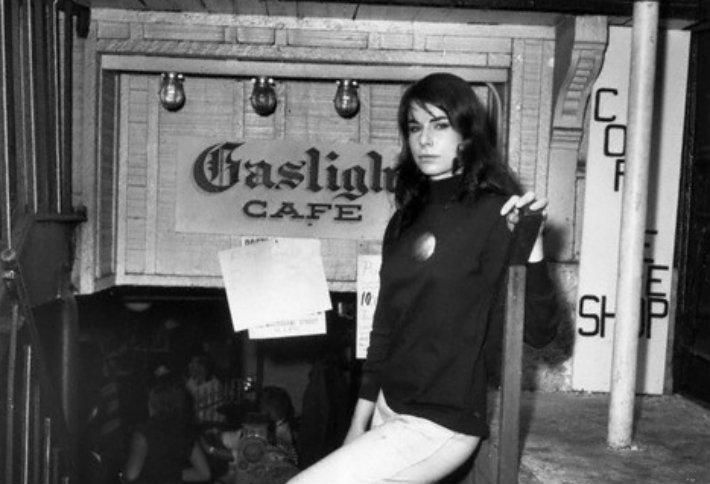 The seeds planted by the Beats in the '40s and '50s came into full flower power in the '60s, with Greenwich Village emerging as the East Coast axis of a nationwide countercultural movement. Local hangouts like the Gaslight Cafe (above) booked acts like Jimi Hendrix, Bob Dylan and the Grateful Dead, bringing together a diverse milieu of activists, drop-outs and artists in the process.

While the architecture may not have changed, not much remains of Greenwich Village's former life as a seedy hotbed of protest. These days the four ZIP codes that comprise the neighborhood are all among the 10 most expensive in the entire US. 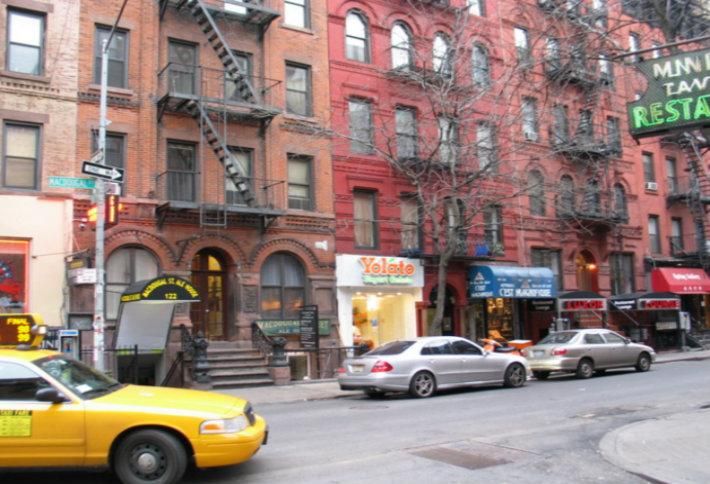 5. Washington Square Park In The '90s 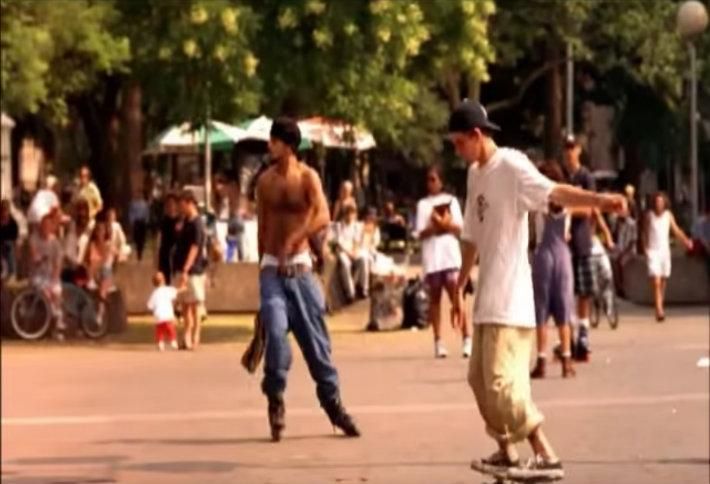 Washington Square Park was one of the main hangouts frequented by the real-life teenage hoodlums the iconic film Kids was based on. The movie follows its 17-year-old protagonists as they steal malt liquor from bodegas, get into fights and ultimately succumb to the AIDS epidemic of the mid-'90s, documenting the gritty closing chapters of pre-Giuliani New York in the process.

You're probably not likely to see a man get beat to death in broad daylight in Washington Square Park these days (as happens in the film), but the park is still home to its fair share of drifters and hustlers. 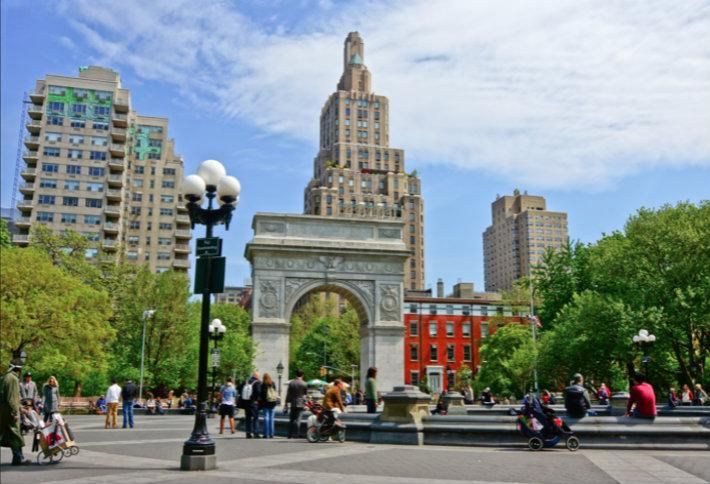 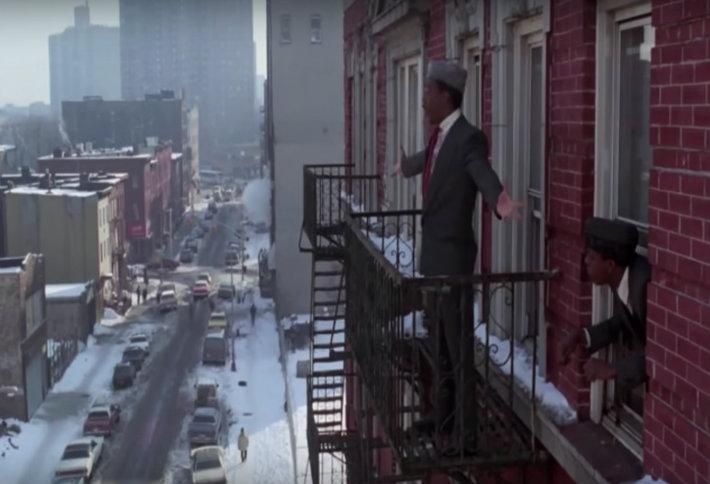 Long Island City is where Eddie Murphy's character, Prince Akeem of Zamunda, and his trusted adviser, Semi, end up in Coming To America, after deciding that Queens seems like a good place to find a queen for the African prince. In the film the area is a hardscrabble neighborhood full of barbershops, run-down apartments and petty crime, the antithesis of the prince's privileged upbringing.

Lately though, LIC has become a development hotspot, with new buildings going up across the neighborhood and forging a new reputation for it as an affordable office and residential hub. That just means more people have the chance to stand on their balconies/fire escapes and yell "GOOD MORNING MY NEIGHBORS!" 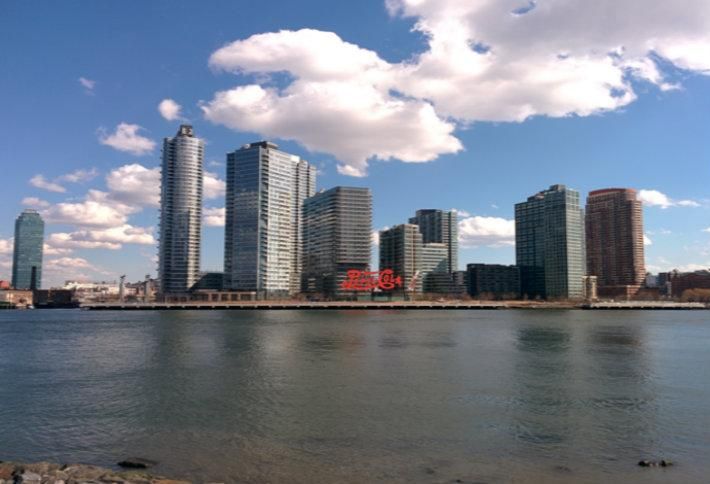 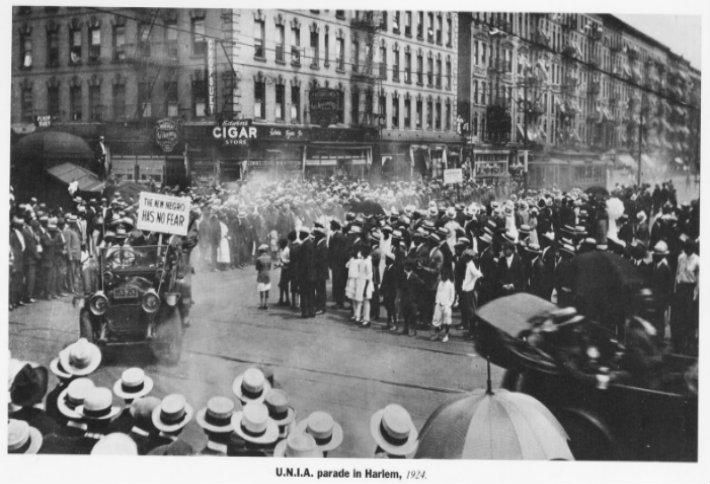 Harlem became the center of African-American culture in the mid- to late '20s as waves of new New Yorkers, recently arrived from the Great Migration, turned to a variety of mediums in an attempt to probe and express what it meant to be black in America. W.E.B. DuBois, Langston Hughes, Louis Armstrong and many others produced art during the Harlem Renaissance that continues to ripple throughout American culture.

Harlem in 2016 still holds on proudly to that heritage, but a wave of gentrification has nonetheless changed the feel of several parts of the neighborhood and swept aside many longtime residents. 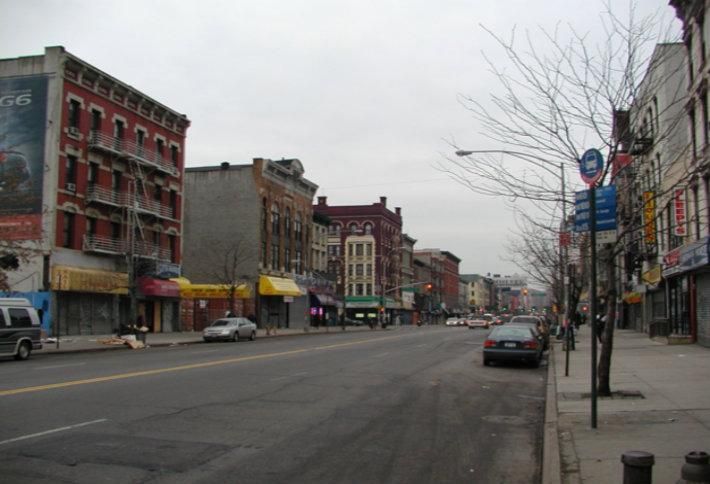