As New York City morphs into a national technology hub, the office market in Hudson Square — a small neighborhood just north of Tribeca that feeds into the Holland Tunnel — is shaping up to be a major beneficiary. 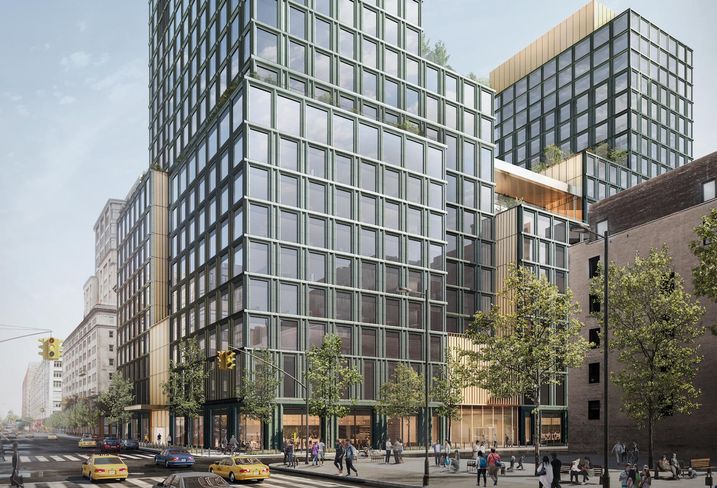 Courtesy of Skidmore, Owings & Merrill
A rendering of 4 Hudson Square

In the past year, Google and Disney have decided to plant their flags there, planning enormous headquarters in the area, with asking rents for office space approaching $90 per SF.

As the city’s most sought-after tenants — big players in the technology sector — look for vast floor plates and campus-like environments, the neighborhood is one of the few places in the city that can accommodate that kind of development and expansion.

“I don't think anyone ever expected Hudson Square to be where it is today in this short period of time,” said CBRE broker Paul Amrich, who represented Oxford Properties Group in its lease with Google to build a 1.7M SF campus in the neighborhood. “I'd say in the last four to five years, Hudson Square has gained a lot of recognition in the leasing results, and [the] commitment by corporations has has been hugely supportive.”

Though New York City neighborhood boundaries are notoriously hard to define, the area is generally considered between Canal Street north to Clarkson Street, and from the west side of Sixth Avenue to the West Side Highway, according to the Hudson Square Business Improvement District.

Originally the city’s “Printing District,” it started to become the darling of creative tenants at the start of the 21st century, Hudson Square BID President Ellen Baer said.

Names like Disney and Google will usher in a new era for the area; the daytime population is expected to rise to more than 85,000 from its current 60,000 when the two giant California-based companies' campuses are fully operational, she said.

“When Google and Disney decided to come to Hudson Square, it wasn't so much that they invented it but that they discovered it,” Baer said, pointing to companies like Publicis Groupe, Viacom and National Public Radio that have long seen the value in the area. “The secret sauce was already made.” 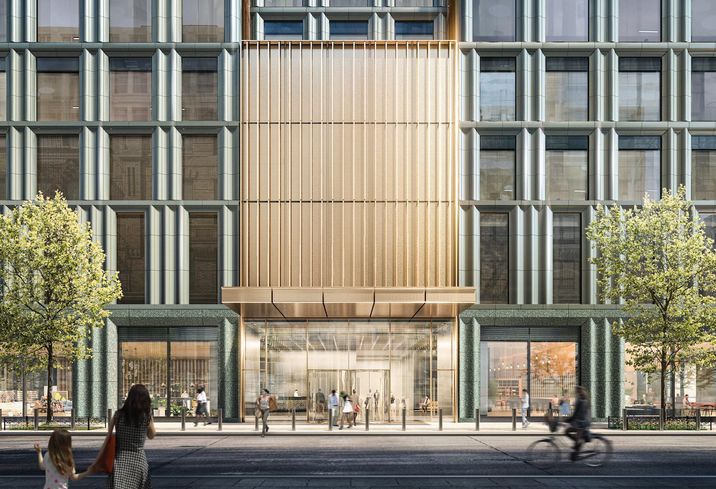 Courtesy of Skidmore, Owings & Merrill
A rendering of the entrance to 4 Hudson Square.

The area’s office availability, which also incorporates Tribeca, is at 8%, according to figures from CBRE, which is well below the 11% for the rest of the borough. Average asking rents sit at $89.31 per SF, also outpacing the rest of Manhattan.

The area’s big draw, sources said, is the rare ability to lock up space that allows for horizontal, rather than vertical, expansion.

Technology companies, where employment has grown 44% between 2011 and 2018 in New York City, are now considered to be the fire in the belly of the city’s office leasing in the market. Facebook’s announcement of a 1.5M SF lease at Hudson Yards last week was viewed not just as a major coup for Manhattan’s West Side, but as a confirmation the city can truly take on the West Coast as a tech hub.

Though the social networking giant opted for skyscrapers, many real estate players point to tech companies’ interest in space that spreads out rather than up.

“[Hudson Square] is one of the few neighborhoods like that that is underbuilt,” said Skidmore, Owings & Merrill design partner Colin Koop.

Koop is part of the team working on Disney’s brand-new headquarters at 4 Hudson Square, which will feature floor plates spanning up to 85K SF.

“Disney jumped on this site [because] it's rare to identify a site ready for ground-up development that can support floor plates of this size," he said.

In one of the biggest deals of last year, Disney paid $650M to Trinity Church for a 99-year lease for the entire city block, which is bound by Vandam Street to the north, Varick Street to the east, Spring Street to the south and Hudson Street to the west.

Koop told Bisnow that Disney was seeking to set up in an area that would allow it to create a headquarters that was also part of the community. The planning stages involved vast collaboration with the local community board, the BID and various neighborhood blocks, he said.

Ultimately, Disney wanted to create something that would allow its employees to work closely with one another.

“Having worked with our tech companies … That is one of the things that draws people to a neighborhood like Hudson Square,” he said. "Where it is possible to organize ... horizontally, not vertically. And they see a lot of advantages to that.

“There's a tremendous amount of transformation going on inside Disney, and they see a ton of value in an ABC News employee rubbing elbows with a Disney streaming employee, rubbing elbows with an entertainment production employee,” Koop said. “A building that does that well is a building that doesn't rely exclusively on elevators to move people around.” 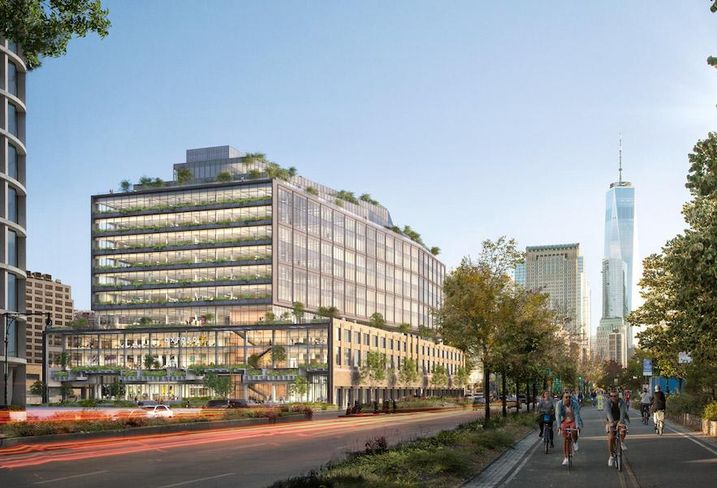 Others pointed to the location of Hudson Square, and its proximity to other major developments as a huge pull.

“Both the [World] Trade Center and downtown have had a tremendous amount of momentum and had a wide range of tenants coming there, and the same thing was occurring in Hudson Yards, and traveling south through Chelsea and through Meatpacking,” Oxford Properties head of leasing Adam Frazier said. “That created a really unique opportunity for a neighborhood that was just at the onset of starting to change.”

Google’s new space will be split among three buildings, with the main hub of activity at St. John's Terminal, the 1.3M SF, Oxford Properties-led redevelopment of a former rail car holding facility at 550 Washington St.

That deal was announced last year and finalized in July. But there are already signs that the area's boom is just getting started.

Taconic Investment Partners and Nuveen are said to be teaming up on a ground lease at 2 Hudson Square, Crain’s New York Business reported last month. The land there is surrounded by Canal, Varick, Grand and Sullivan streets, and the companies are planning to build an office building there.

"I think the future of Hudson Square really mirrors the future of New York in a lot of ways, as the economy moves to the creative and tech companies, many of them will find a home in Hudson Square,” the BID’s Baer said. “The bottom line is: We have been discovered.”