Extell Development To Tear Down 10 Buildings In The Diamond District 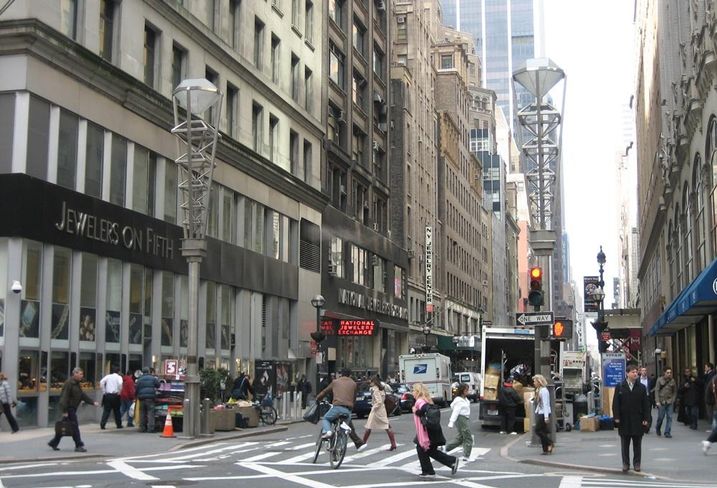 The City of New York has given Gary Barnett’s Extell Development a demolition permit for 10 West 47th St in the Diamond District, the 10th building put on the chopping block in the last few months.

The new project for the site—on West 46th and West 47th streets and Fifth Avenue—hasn’t been announced yet, but the demolition is expected to force several businesses to relocate, DNAInfo reports.

Many have suspected that Extell, which has spent hundreds of millions of dollars buying the properties now up for demolition, is planning to build a hotel or shopping mall, but neither Extell nor Barnett—a former diamond trader himself—was willing to comment.

Those that have remained in the neighborhood—including some family businesses that have been in the same spot for decades—have experienced raising rents.

In 2006, the city granted Extell subsidies to build the International Gem Tower without space for jewelry workers, but modified the deal after a huge outcry from building owners. In order to receive the subsidies, Extell was forced to fill 65% of the 34-story tower with diamond industry tenants when it opened in 2014.

Extell has also had a very similar influence at the crossroads of Broadway and the 50s, with a number of projects leading to an abnormal number of vacant storefronts, which some have called a “high-end blight.” [DNA]