Brooklyn's Booming, But For How Long?

It’s no secret that Brooklyn development has exploded. After years of city officials struggling to incentivize developers, NYC’s most populous borough, with 2.6 million people, has a massive development pipeline.

More than 22,000 new apartment units are slated to hit the market by 2019 and 5,000 units are expected to come online in 2016 alone. With 16M SF of office space in the works, the borough is becoming a home for a wide variety of tenants, from tech startups to well-established companies. But with every boom comes fear of a bust—could Brooklyn’s growth begin to slow?

To get some clarity, we sat down with CBRE EVP Sacha Zarba (pictured), who was instrumental in expanding Etsy (one of Brooklyn’s biggest office occupiers) to a 225k SF office in DUMBO Heights. Not only was the deal Brooklyn’s largest transaction in more than a decade, but it helped create a booming DUMBO submarket. Sacha is now on the CBRE team that serves as the exclusive leasing agent for DUMBO Heights, which allows him to provide even more insight into what owners are doing to lure tenants. Simply put, we couldn’t think of a better person to speak to.

Office Appeal, From Tech To Titans 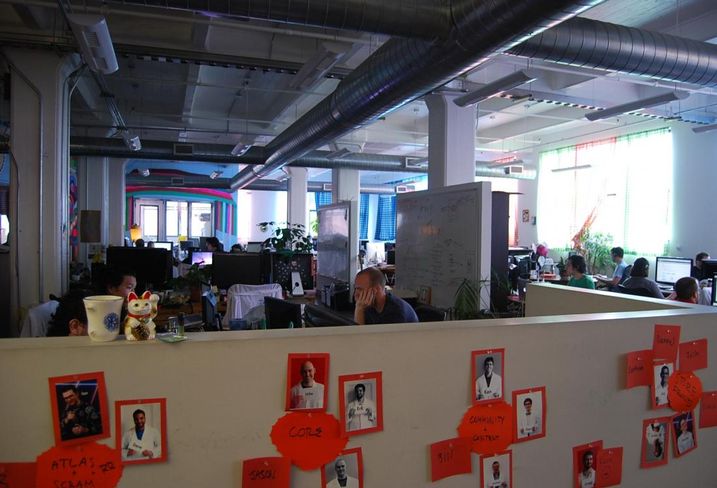 Office developers have actually struggled to keep up with demand, and the borough’s availability rate has hit new lows (currently 16.2%), with Downtown Brooklyn reaching an even lower rate (4.9%).

Naturally, Sacha is confident that Brooklyn’s office market is still going strong and will continue to improve, especially with the number of people who call Brooklyn home increasing. But what truly makes Brooklyn offices so hot, Sacha says, is how unique they are.

In addition, the compelling amenities that many Brooklyn buildings once lacked—such as outdoor space or intriguing retail—have been built up considerably over the last few years. Since it helps foster a strong working environment and provides employees with a welcomed respite from the typical office environment, Sacha says outdoor space is a critical amenity and it’s very common for a rooftop’s dormant mechanical equipment to be moved to make room for amenity space.

Retail can also be a critical driver to attract the right mix of tenants, which is why landlords are curating retail plans with things like bike repair shops, internet cafés, exercise facilities and unique food options that the creative community generally appreciates.

In fact, Sacha says, Brooklyn offices have become so impressive that many more mature tenants have begun (and will continue to) set up shop in the borough. Sacha explains that developers are finding ways to capitalize on the existing stock to create a modern-age workspace or construct new buildings in Brooklyn that target a more sophisticated audience with features like high ceilings, floor-to-ceiling glass, column-free floor plates and state-of-the-art internal systems like HVAC and fiber-optic internet.

Every “Hook” And Cranny

While the demand for space in mainstays like Dumbo is well-documented, Sacha says, the office demand throughout the borough is strong enough that well-known developers are investing in other, more industrial neighborhoods like Sunset Park (top left), Red Hook (top right) and Gowanus (bottom left) that were often overlooked in the past.

Many of these areas were slow to gentrify, Sacha says, but with developments like Industry City and its 6M SF of office space, neighborhoods like Sunset Park are having tremendous success. As the demand for office strengthens and a greater mix of retail tenants continues to flourish, higher residential demand and better amenities like bars and nightlife should follow suit.

But Industry City isn’t the only massive development giving a boost to a previously struggling neighborhood. Greenpoint Landing—a 10-building, 5,500-unit mega-project—and City Point, the 1.8M SF mixed-use behemoth with 675k SF of new retail—are both expected to radically reshape the Northern and Downtown Brooklyn markets. He also points to the Brooklyn Navy Yard, where new developments and redevelopments will give rise to more established office communities helping to attract the robust Millennial generation to the borough.

“City Point is interesting in terms of its scale,” Sacha says. When you look at a project in a neighborhood that’s been historically slow, you can clearly see how it’s aimed at changing the tenant mix. City Point will introduce a wide variety of retail, which will impact the commercial base. It’s still early, but it’s a project that everyone will be keeping an eye on.” 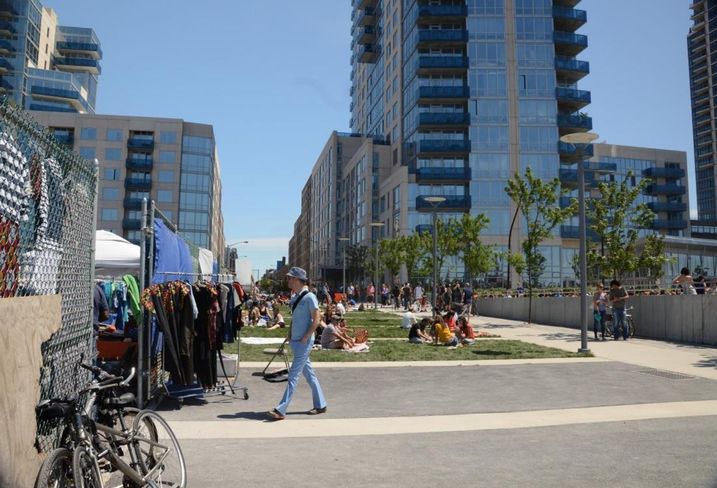 Speaking of the changing tenant mix, many are wondering how the rise in development will affect the Millennial generation. With 30 universities, colleges and seminaries, Brooklyn is home to over 60,000 students, and its massive population boom was fueled by a 29% rise in adults ages 18 to 44.

But with rising prices, many Millennials are finding that Brooklyn may no longer be the affordable hotspot it once was. Sacha agreed that there is the potential for Brooklyn to go the way of Midtown South or Downtown Manhattan, going from “absolutely affordable” to “out of reach” as more pricey residential units are added to the market.

“As commercial prices increase, tenants will definitely start to shift to other neighborhoods,” Sacha says. “It may take some time, but we’re paying attention to the cycles and market fundamentals, because they can impact the speed of that change.” 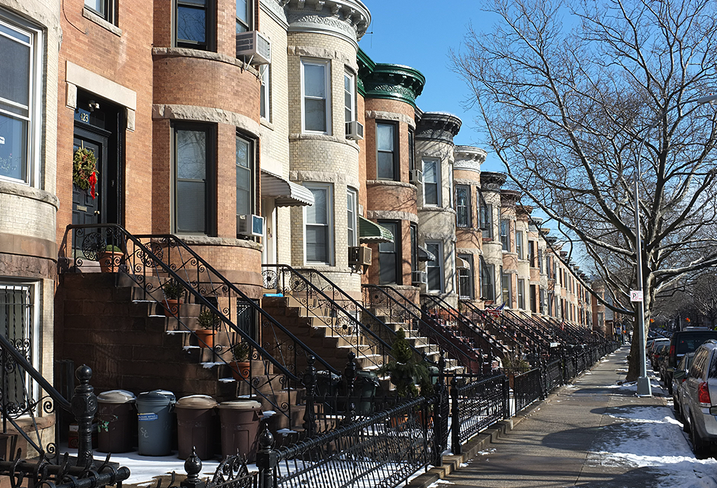 That’s not the only thing Sacha has his eye on. Brooklyn’s massive pipeline is expected to produce 6M SF of new properties between now and 2018, with another 10M SF after that point. When you consider that Brooklyn is 45M SF in total, Sacha says that the underlying concerns of overbuilding are natural, particularly with a market that he still considers to be in its infancy.

Still, he believes that Brooklyn’s foreseeable future is strong, and that the borough has become a market that can stand firmly on its own two legs.

“Brooklyn has become a place that people want to work and live, and once you have that combination, the commercial side of things should be strong for the long term,” Sacha notes. “It’s important to note that—especially in its renaissance—Brooklyn is just a few years into a long-term redevelopment period, so we’re confident that demand will continue to strengthen.”