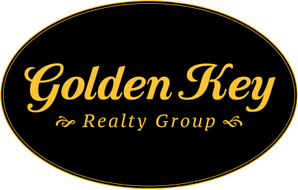 What Does New York's Political Future Hold For Real Estate?

The latest round of rent stabilization laws left New York City’s commercial real estate community reeling. But while some CRE professionals worried that owners, investors and developers would begin abandoning New York, the reaction among most of the industry so far seems to be to stand and fight.

Landlords, lobbyists and other industry figures are throwing their weight behind efforts to repeal the new laws, both in the courts and at the ballot box, where the industry is looking to oust some of the recently elected politicians that helped push the laws through.

“There’s no more illusions, everybody is awake at this point,” said Evi Kokalari-Angelakis, the founder of Golden Key Realty Group, a multifamily investment sales company. “There can’t be any cooperation between the real estate industry and the government until we change who is in Albany.”

The slate of rent laws passed in June was hailed as a landmark victory for tenant advocates in New York. The new laws rebuilt and enshrined many of the tenant protections that had been eroded over the preceding decades and placed numerous strictures on the city’s landlords, from evictions to renovations to security deposits. It’s no surprise, then, that doing away with the new laws is top of mind for many in NYC’s real estate industry.

Angelakis has worked in both private development and public projects in NYC, and now specializes in investment sales for multifamily assets. In her more than 20 years in the industry, she said that she has never seen as profound a danger to the city's real estate industry as the new rent stabilization laws.

The most visible thrust of the repeal effort is the lawsuit filed by the Rent Stabilization Association and the Community Housing Improvement Program, two real estate trade organizations representing almost 30,000 of the city’s landlords. The suit’s backers hope it will reach the Supreme Court, but others see those hopes as overly optimistic, considering the Court only hears about 120 of the 7,000 cases that are submitted for review each year.

A more pragmatic goal may be to change the laws from inside the legislature itself. Angelakis is in the process of putting together a political action committee to help elect candidates who have a holistic view of real estate issues.

“Landlords and tenants depend on each other, and there’s no solution for just one or the other,” Angelakis said. “We want to help elect candidates that have a deep understanding of the needs of the tenants and the needs of the property owners. Politicians have to understand that balance.”

The PAC, to be titled Bipartisan New York, is still in its planning stages, but Angelakis expects it to be up and running in time for next year’s elections for the New York State Senate. The group will not just focus on senate races, but also races in the Assembly and for state boards as well as New York City legislative and executive posts.

The rent regulations were the second big blow dealt to New York’s real estate industry in 2019, Angelakis said, after Amazon’s decision to cancel its plans for a second headquarters in Long Island City. Amazon’s departure created a great deal of acrimony between the industry and the politicians who led the grassroots movement to protest the internet giant’s arrival.

Those tensions have begun to bubble over to the state and federal governments, fueled by a progressive mansion tax on New York’s most expensive properties and a $10K cap on federal deductions for state and local tax payments.

“New Yorkers are being taxed to death, and too many of those taxes are being squandered,” Angelakis said. “[Gov. Andrew] Cuomo has not done enough to relieve the burden on New York’s middle class.”

Some of the politicians that Angelakis blames for real estate’s woes were only recently elected. State Sen. Julia Salazar, a Democratic Socialist and an outspoken advocate for rent stabilization, was elected in November. Politicians like Salazar, Angelakis thinks, may simply be a short-lived product of a left-leaning era.

That argument doesn't necessarily extend to politicians like state senators Michael Gianaris, who resisted Amazon’s move to Long Island City and has been serving in the state legislature since 2001, or Brian Kavanagh, who was elected to the State Assembly in 2007, but was the architect of much of the new rent stabilization legislation.

Key aspects of the rent regulations could soon be revised, amended or repealed. The most pressing fixes to the law, Angelakis said, would be to reinvigorate the Major Capital Improvements and Individual Apartment Improvements programs, which help landlords defray the cost of renovating their buildings.

The new rent stabilization laws kneecapped the programs, but didn't eliminate them entirely. The next priority would be reinstating vacancy decontrol, which allowed landlords to bring rents up to market rates when tenants left.

“My biggest piece of advice to owners would be to hang in there,” Angelakis said. “These laws are going to change. There is hope.”

Those calls for optimism may be falling on deaf ears. Angelakis said states like Florida and even Maryland, which offer business-friendly environments and lower corporate and income taxes, have been snapping up investors and residents they have been draining away from New York City.

However, she was insistent that the city government give developers strong financial incentives for building affordable housing, rather than just nominal tax abatements or density bonuses.

“You have to give something to get something,” Angelakis said. “Real estate and government are never going to work together, but they will need to learn to sit at the table and negotiate together.”

This feature was produced in collaboration between Bisnow Branded Content and Golden Key. Bisnow news staff was not involved in the production of this content.

Golden Key Realty
Evi Kokalari-Angelakis is the Founder of Golden Key Realty Group, a company she started a few years ago, with a focus on Multi-Family Properties, Shopping Centers, Office Buildings and Development Sites. Evi Angelakis has almost two decades of experience in new development, closely collaborating with developers in the planning, marketing, and sales of new residential buildings throughout the city. She is very familiar with all the phases of development as she served as the controller for a large construction company focusing on DEP, Port Authority, MTA and SCA projects. That experience, intertwined with her property management skills and 20 years of investment sales record, sets her aside from the competition. Evi Angelakis has established an excellent reputation as a creative thinker. Solving problems with patience and professionalism, makes her a valuable asset to her clients. Being an investor herself, she understands all the facets of buying wisely, building smart and flipping when appropriate. Having managed residential and commercial properties for the past 15 years, has given her a detailed knowledge of the pros and cons of owning and managing a building. She advises her clients continuously well beyond a transaction is completed as she has extensive knowledge of dealing with City’s and State’s agency like DHCR, HPD, DOB, DOF. She is an expert on negotiating complicated deals and has proven to be very effective problem solver in the commercial market. No deal is ever big enough to satisfy her appetite for great challenges. It is through these challenges that she truly thrives. Evi Angelakis is a member of the Real Estate Board of New York and ICSC. She is also a member of REBNY’s Commercial Brokerage Queens Committee, REBNY’s Commercial Brokerage Brooklyn Committee, REBNY’s Commercial Brokerage Midtown West/Penn Plaza Committee and REBNY’s Commercial Brokerage Midtown South Committee.
Confirmed! You are subscribed to the Bisnow New York E-Newsletter.
Most Read Stories
More Top Stories
Bisnow NY Newsletter
Bisnow NY Newsletter