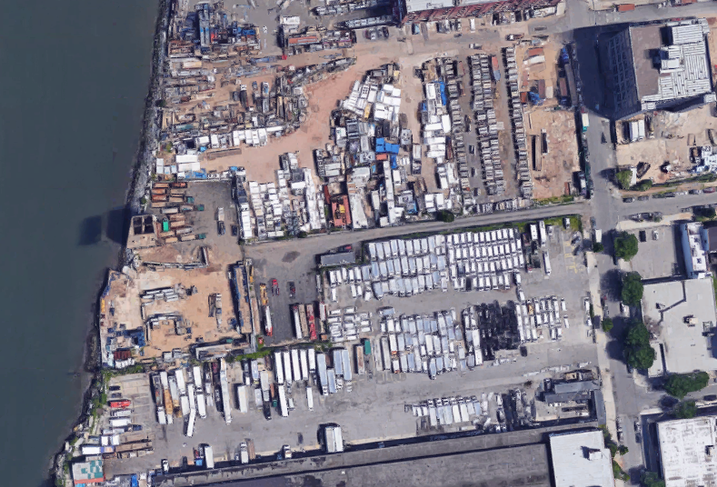 Google Maps
A satellite image of the lots at 27 and 37 West St. in Greenpoint, Brooklyn

A developer has filed plans with the city for two residential towers on empty lots on the Greenpoint waterfront.

The relatively small number of floors planned for 37 West makes condominiums the likely offering, with 92 units planned above 3,300 SF of community space on the ground floor. At 91K SF, 37 West also looks likely to be thinner than its neighbor, which will fit 367K SF into its 290 feet and deliver 410 apartment units above 3,630 SF of ground-floor retail.

The plans listed SLCE Architects as the designer for both buildings. While details of offerings at 37 West were not disclosed by Yimby when plans were filed in September, December plans filed for 27 West called for 396 below-ground parking spaces, indoor recreation space on the first and fifth floors, outdoor recreation space on the fourth, seventh and 10th floors, storage and laundry rooms. Some units on the seventh through 10th floors of 27 West will have private patios or terraces attached.

No renderings or development schedule have been released for the project, which sits quite a bit farther south than the ambitious Greenpoint Landing complex across Newtown Creek from Long Island City. M&H Realty's towers will sit seven blocks from the nearest subway stop, the Greenpoint Avenue station on the G train.