Another competitor has thrown a hat into New York’s crowded ring of real estate listing providers. 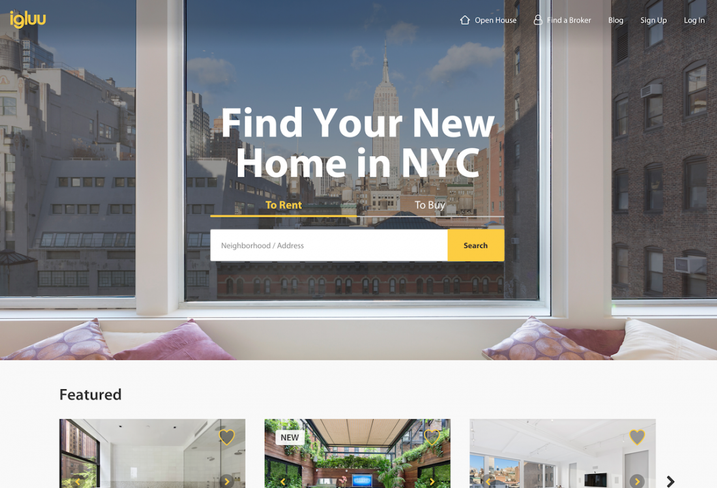 Igluu, originally a platform used to find roommates in New York City, relaunched Wednesday as a residential rental and sale listing site. Its team thinks the new concept will be more successful.

“I am pretty competitive and set bold goals,” Igluu founder Martin Mucha told Bisnow. “By the end of 2018, we are aiming to be the leading platform in NYC.”

The initial launch uses residential feeds, like REBNY's newly launched Residential Listing Service, RealPlus and Nestio while OLR and Spherexx will be added in September, Mucha said. While Igluu enters a crowded field dominated by competitors like Apartments.com, Realtor.com and StreetEasy, Mucha insists his platform is different.

“Many of these websites are more national than they are New York-centric,” Mucha said. “Plus, there are too many restrictions on StreetEasy.”

With the relaunch, Igluu’s goal is to grow a consumer-centric product with more social elements like ratings and reviews. While the present iteration is largely focused on listings, Mucha said his team is "playing with gamification theories" to give the site a better community feel and to pair users with agents based on algorithms. 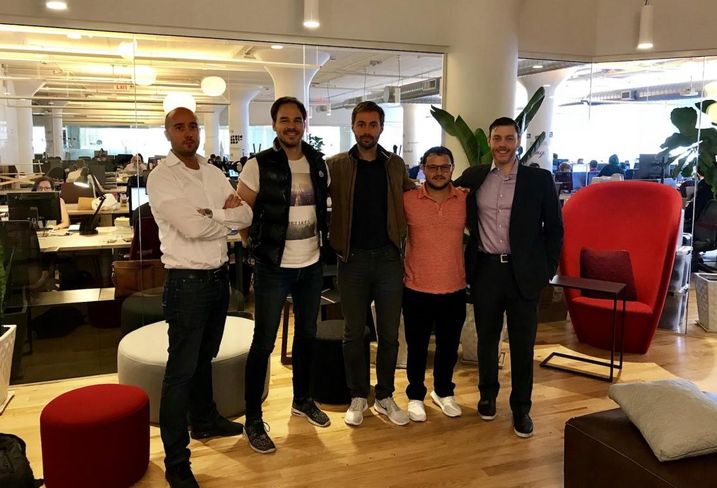 “There is room for a new kid to come in and move the model from corporate monolith like StreetEasy to a more user-friendly model with brains and brawn behind it,” said New York attorney Mel Dogan, who sits on Igluu’s advisory board. “When there is disruption in the market, there is room for other players to come in and take their spot.”

StreetEasy drew criticism this year after introducing its Premier Agent platform. The service allows a broker to pay to be featured on the site as a listing’s go-to contact instead of the seller’s broker, even if that broker has an exclusive listing. The Real Estate Board of New York asked New York regulators at the time of the launch to investigate whether the program violated state law.

It garnered outright rejection from the city’s real estate community in July after it rolled out a new policy where agents had to pay $3/day for each listing. The site’s listings dropped 55% in a day, and leading agencies like Citi Habitats, The Corcoran Group and Brown Harris Stevens quit using the service and said agents would have to pay for it themselves if they continued listing.

“While I do think an advertiser should be paid, I have an issue in their gatekeeper policy of who gets access,” Compass real estate broker William Stahlke said. “The StreetEasy war has thrown off the brokerage community in many ways.” 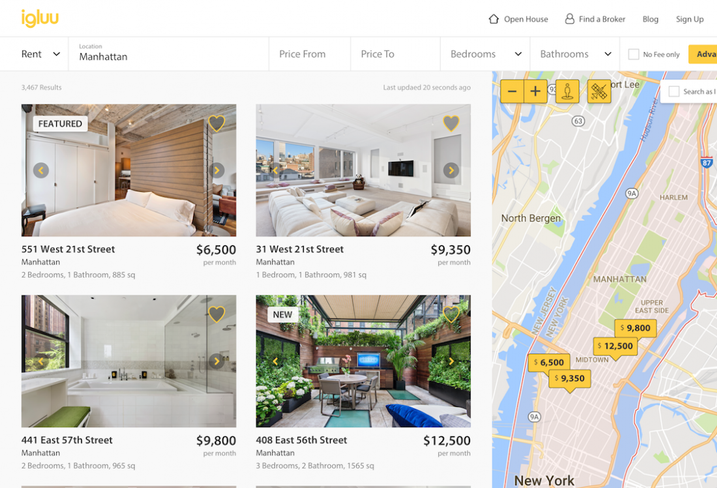 Courtesy of Igluu
A mock-up of Igluu's rental listings page

REBNY launched its RLS Aug. 1 after spending two years improving its existing feed to give members access to accurate information and monitor for stale listings. The same firms that ditched StreetEasy sped up syndication on the new REBNY platform, which was sent to 200 consumer-facing listing sites. StreetEasy did not take the RLS feed, claiming it was created to halt growth on its own site.

Mucha still faces an uphill battle. As of 10:30 a.m. Thursday, Apartments.com had over 41,000 rental listings and StreetEasy had over 17,000 on their respective websites. Igluu had just over 3,000.

Mucha said listings are steadily increasing as the feeds syndicate to his site and expects to hit 5,000 by early Friday, gaining thousands more as brokers opt-in to Igluu through their feeds.

“Apartments.com and Realtor.com have been online for 10 years,” he said. "Theirs is not a new product."

Mucha said Igluu, like StreetEasy, will naturally have fewer listings because the company and users will monitor and flag stale listings that will get deleted. With StreetEasy stumbling after the rollout of Premier Agent and its listing fees, some in New York’s real estate community see where Igluu has a path to be the market leader.

“There’s a myriad of players trying to take StreetEasy’s space,” Stahlke said. “Who that will be, I don’t know. Who is the best? I would say Igluu.”