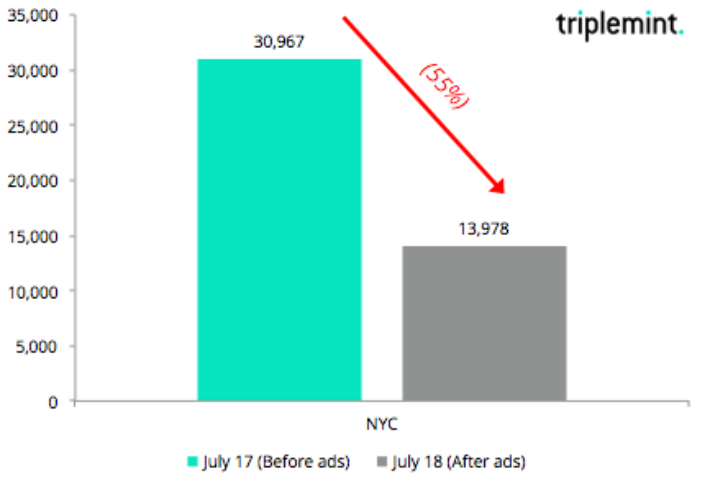 Courtesy: Triplemint
A Triplemint study showing the sheer drop in the number of listings on the first day Streeteasy's new fee was implemented.

Popular real estate listing site Streeteasy recently instituted a new fee system for apartments, and it is paying a price.

On July 17, the Zillow-owned platform had almost 31,000 apartment listings across New York on its website. That same night it began charging listing agents $3/day to fuel a more integrated "NYC Rental Network." By the 18th, there were just below 14,000 units listed on the site, a 55% drop according to a Triplemint study, as reported by The Real Deal.

Some agencies like The Corcoran Group have sworn off the service, although individual agents — the ones being charged — are free to break rank and list their available apartments for the fee. 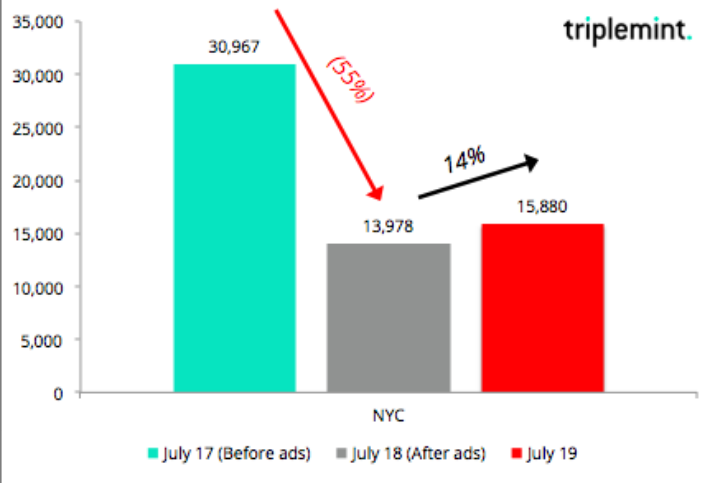 By July 19 the numbers had recovered by 14% as agencies like Douglas Elliman announced they would be sticking with the service. Still, many who have remained are expressing their dissatisfaction with the new fee.

“I simply had no other option, though I don’t appreciate being backed into a corner so I am not pleased by this per-day fee,” Nest Seekers International agent Jessica Campbell told TRD. “Getting that notice felt like a ransom note and I had no option but to pay it.”