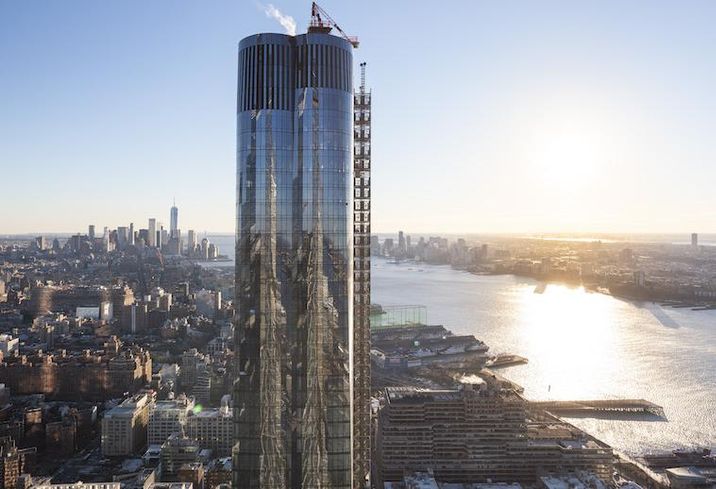 One of the most anticipated development projects in the U.S. will soon welcome its first residents, marking the start of a year of major milestones for the brand new neighborhood.

The 88-story 15 Hudson Yards — the first residential project in the Hudson Yards megaproject — is now 60% sold with $800M worth of units under contract, according to Related, which developed the building with Oxford Properties.

“This building has really, really been selling well,” Related Senior Vice President of Sales Sherry Tobak said when the building was revealed to the media last week. “I think 15 Hudson Yards, and Hudson Yards in general, is an anomaly in this market, in that the market is not good, but we are still good and people are still very excited to be coming here.” 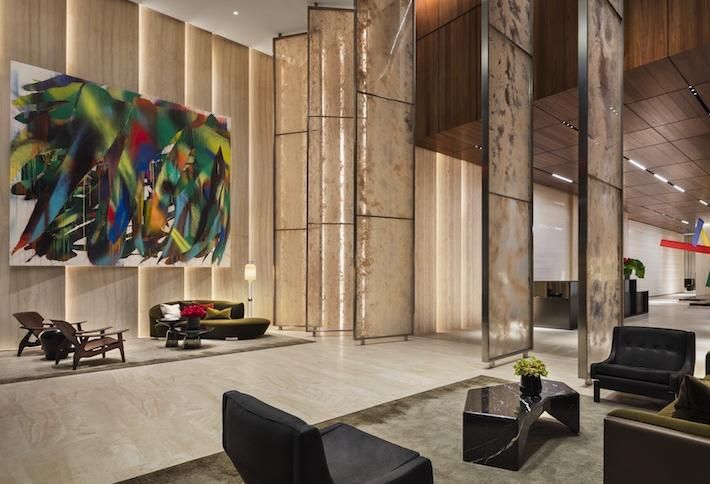 The building, which was designed by Diller Scofidio + Renfro and the Rockwell Group, has one- to four-bedroom condominiums ranging in asking price from $3.9M for a two-bedroom up to $32M for the duplex penthouse on the top floor.

The amenity spaces span 40K SF, with the a 75-foot swimming pool, a private spa, a beauty bar, a fitness center, a private studio and a children’s “imagination center” on the 50th floor. 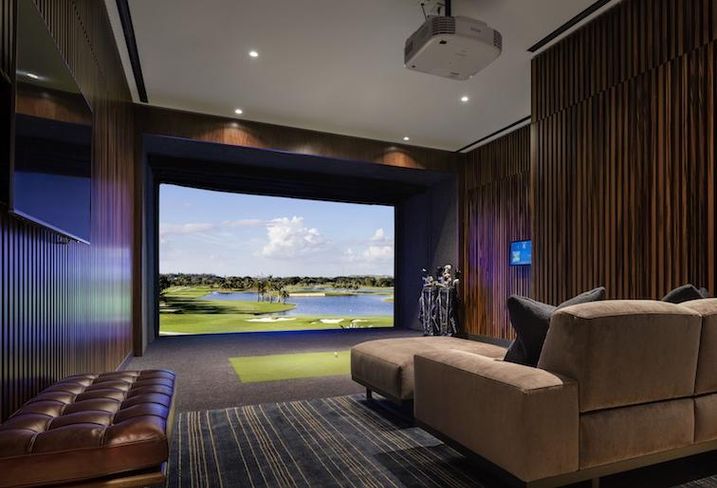 There is also a clubroom, private dining suites, a sound-proof theater and performance room, a golf club lounge and space for storing and tasting wine.

“Each space is quite individual,” Rockwell Group founder David Rockwell said. “This is really built around finding many places to work and live.” 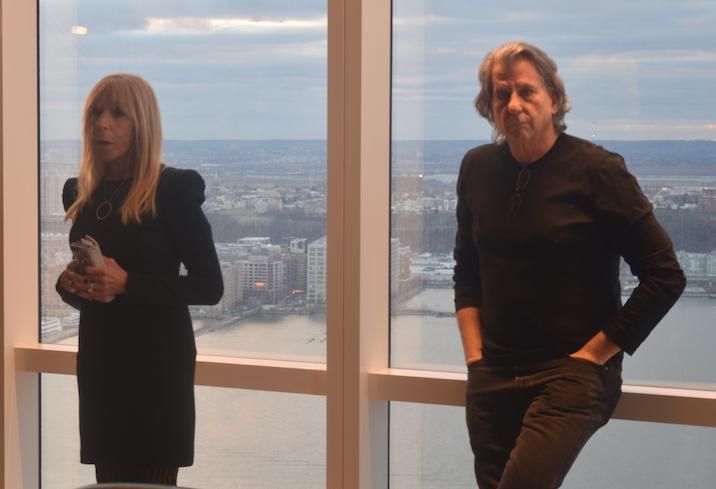 The building is opening at a time of enormous supply in the city’s ultra-luxury environment. Some 20,000 new apartments for sale and for rent will open this year, with many of those units at the upper end of the market.

The supply glut is the result of a luxury development spurt that has resulted in many sponsors being forced to cut deals with buyers, both by lowering prices and by dangling incentives like covering common charges and taking on attorney's fees. 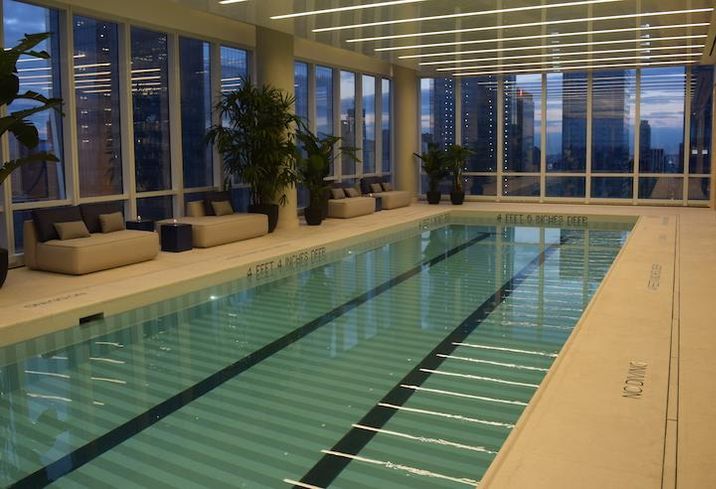 At Central Park Tower, for example, Extell Development’s luxury tower set to be the tallest residential building in the world, the developer has offered incentives and is paying 50% of broker fees upfront this year, according to the Wall Street Journal.

The building at 15 Hudson Yards is not the only new project opening in the neighborhood. Tenants will start moving into Related and Oxford’s 1.4M SF office building 55 Hudson Yards this month. The Public Square and Gardens, as well as Hudson Yards' art centerpiece, the Vessel, are due to open in March.

Sales are launching at the 35 Hudson Yards building this year, the Equinox Hotel is due to open and office tenants will start moving into 30 Hudson Yards. The Observation Deck in that building, the highest in the Western Hemisphere, has a planned opening in late 2019.

The Shed, the new arts center in a 200K SF modular building, now has an official opening date in April. It is also designed by Diller Scofidio + Renfro and the Rockwell Group.

The Shed and 15 Hudson Yards, although two distinct buildings, are adjoining. Normally, when one builds in New York City, an architect must work with close neighbors, DS+R founding partner Elizabeth Diller told Bisnow.

But on 15 Hudson Yards, the existing neighbor is only the Shed and the High Line, another DS+R creation.

“It’s very rare … But here we have a sympathetic neighbor [in the Shed] and in the High Line, another sympathetic neighbor,” she said. “We were able to shape the building and make for something that was not cookie-cutter and was unique and made for great apartments.”

The element Diller said she loves most about the building is the way the detail of the glass on the exterior of the building folds.

“It’s very much like human skin, almost,” she said. "That’s the strongest identity-creating thing, that the building really morphs in space." 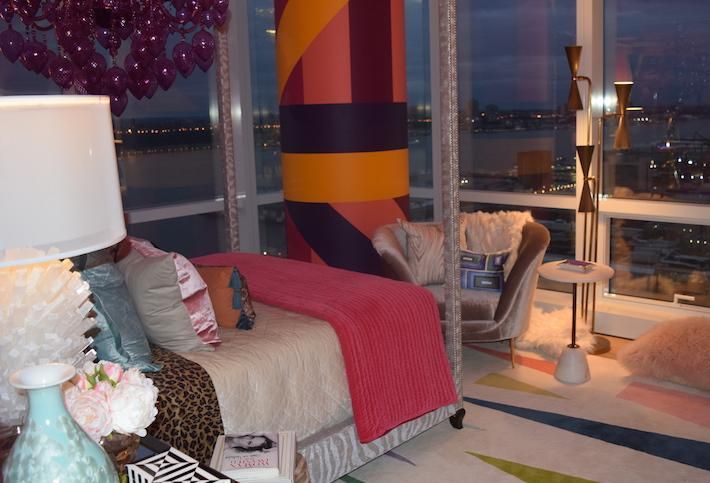 She is also very proud of the way the Shed and 15 Hudson Yards are conjoined.

“It’s very unique. Being the architects of the Shed and the tower, we were able to negotiate around space, around who needs what kind of space and where,” she said. “And we were able to pick up a lot of square footage in the tower that was of less value to the tower … We were also able to park the Shed into the tower and make the tower very distinctive at the base.”

CORRECTION, JAN. 25, 12:00 A.M. ET: The Shed is an arts center at Hudson Yards. A previous version of this story used an old name for the building. This story has been updated.