Brooklyn is changing so fast that in a few years, you'll hardly recognize it. But don't worry: We've gathered top experts to tell us what the borough's future has in store at our 2014 State of Brooklyn event on Nov. 18, 7:30am at the NY Marriott Brooklyn Bridge. Our panelists gave us a preview of the biggest trends they're seeing: 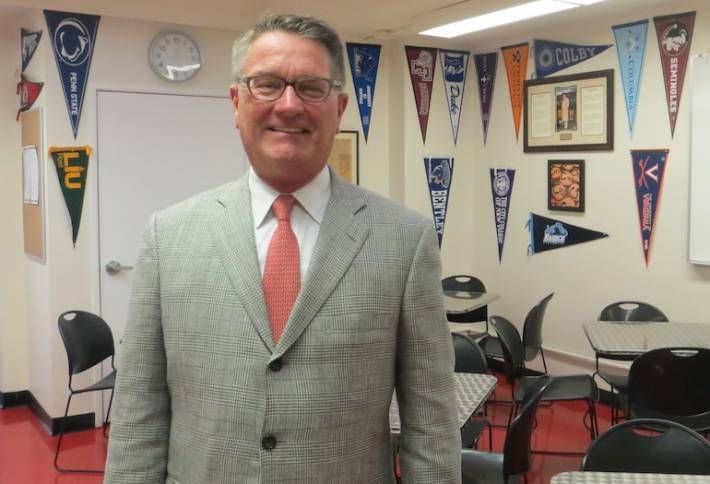 It’s the most exhilarating Brooklyn market that CPEX managing partner Tim King has seen since the ‘70s. There's no doubt retail is particularly needed, even in the established, mature markets like Downtown Brooklyn: “There will be thousands of multifamily units delivered over the next few years, and new residents need ancillary services from dry cleaners to convenience stores.” (Behind Tim, whom we snapped in the CPEX office's cafe, are banners that represent the colleges and universities of all its mentees.)

2) Uncertainty from the mayor's office

Brooklyn's wild card: NYC politics. “Everyone’s uncertain about the plans and intent of the new administration, and you can’t make rational decisions unless you understand them," Tim says. For instance, living wage legislation will have a somewhat chilling effect on retail, Tim says, and there’s buzz that the administration might look into commercial rent controls in which a third party would decide a tenant’s rent upon renewal. “It’s like Havana, but without the sun." 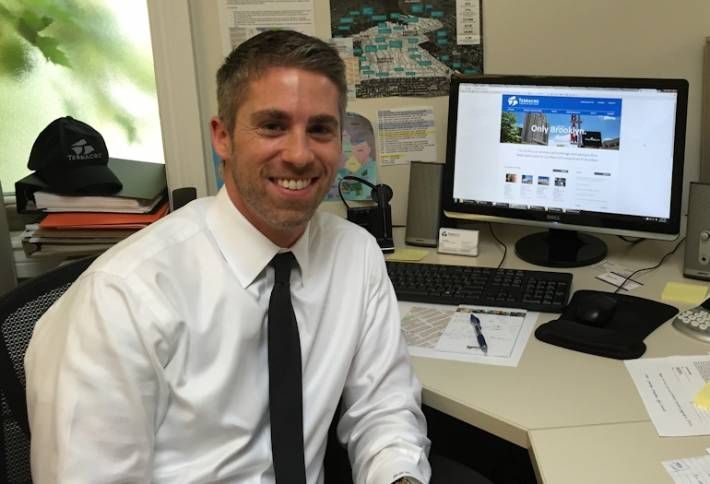 One of the biggest trends TerraCRG VP of investment sales and leasing Dan Marks sees is the repositioning of industrial assets to meet the growing demand for creative office and retail in neighborhoods like Gowanus, Williamsburg, East Williamsburg, DUMBO, Downtown, Sunset Park, and Red Hook. (And we imagine a warehouse or two will be repurposed for oddly themed, facial hair-filled Halloween parties tomorrow night.) 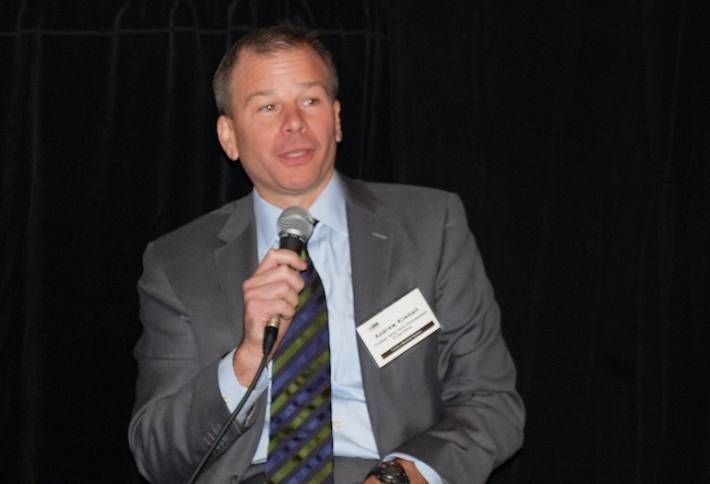 Industry City (led by Jamestown's Andrew Kimball, above, another of our speakers) is helping lead the transformation, and rental rates are following. Dan says rents have more than doubled in many of these areas over the past few years. Earlier in 2014, TerraCRG sold 160 Van Brunt—a former ship engine repair facility in Red Hook—to LIVWRK, which will turn it into office and retail space. That's what the buyer is also doing at Dumbo Heights, the former Jehovah’s Witnesses complex, in partnership with Kushner and RFR. 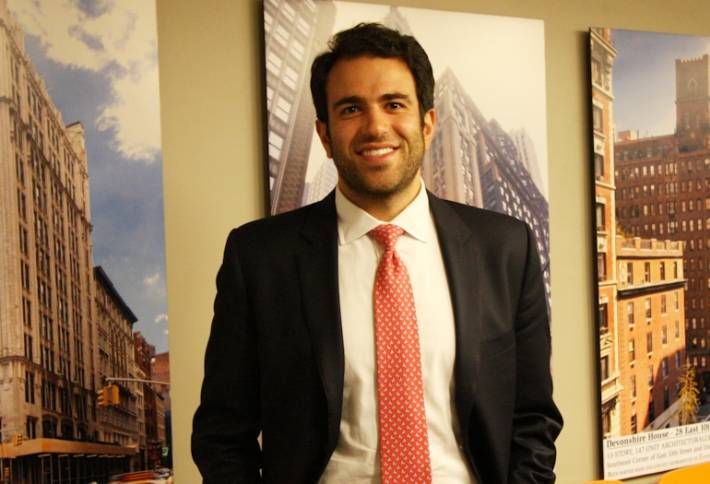 There’s huge demand for office and residential space for the next two to three years, Eastern Consolidated director Andrew Sasson says (in fact, as much as a 1.5M SF wait list for office). Given the scarcity of land, investors are looking at repurposing older buildings. (This will hurt membership in AARP: the American Association of Retired Properties.) For one, Andrew is repping the sellers of a one-story retail building at 260 Flatbush in Park Slope (asking price: $8M), where the new owners can add seven floors of residential units above the retail space. Brooklyn's high-end, new construction condos are still more affordable than Manhattan, he says, with Brooklyn units going for an average of $1,200-$1,400/SF versus starting prices of $2,000/SF below Manhattan's 96th Street. 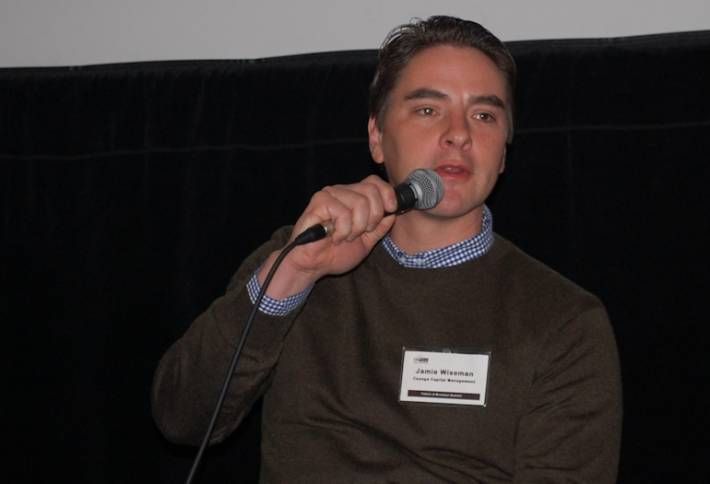 Cayuga Capital Management co-founder and principal Jamie Wiseman (who’s also a new father to 2-week-old Grace Knight) tells us his firm has backed off acquisitions, as pricing has gone too high. Instead, it’s focusing on repositioning the buildings it purchased from 2010 to 2012. This week, Cayuga announced it had raised $1.4M from 33 investors via Fundrise—19.2% of the project’s total capital—for a 24-unit repositioning at Bushwick's 290 and 294 Harman St. (Participants provided anywhere from $5,000 to $500k and are projected to receive 12% gross annual returns on their three-year investment.) 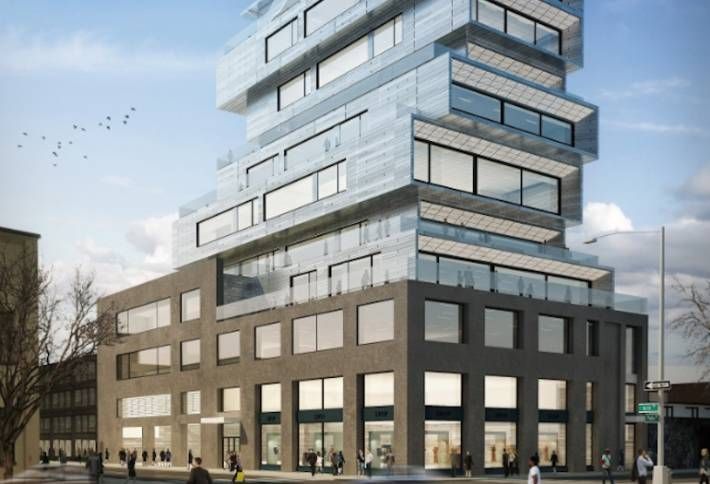 Other projects Cayuga has in the works: repositioning a former Lutheran church at 626 Bushwick Ave into 99 multifamily units (in total, the firm owns and operates 25 multifamily projects in and around Bushwick, with over $400M in assets under management). It’s also finishing up the 83-unit, 110k SF Lewis Steel Building in Williamsburg in a JV with Jacob Toll and a 100k SF office project at 87 Wythe in Williamsburg (above).

Jamie says there’s a lot of interest in Brooklyn from non-US investors, particularly families and high net worth individuals. They’re not just parking capital like they might in Manhattan, he says—they’re looking for growth and returns, even going to markets like Bushwick and Greenpoint. 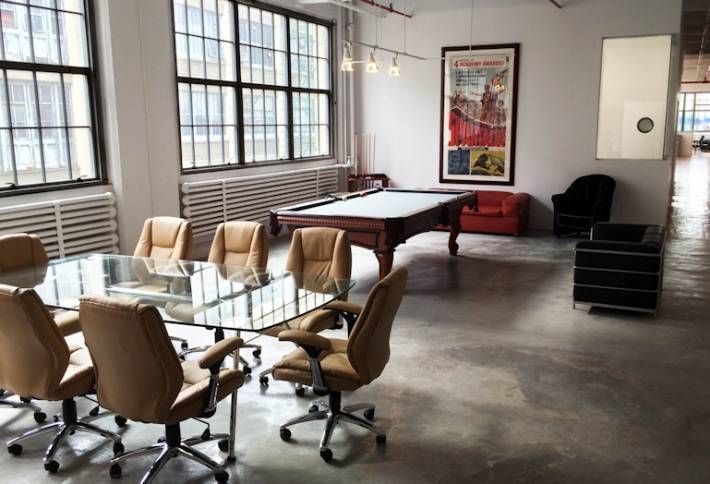 Two weeks ago, digital distribution company FilmRise announced its move to 5,000 SF of industrial-turned-office space at Industry City's 34 35th St (above). Demand around Industry City and Brooklyn Army Terminal is now spilling over to Fourth Avenue in Sunset Park, Andrew says. It's creating foot traffic that will bring in more national retailers, who can still find affordable space, even around subway stations and close to the long-established Lutheran Medical Center. While Andrew is still very much a Boston boy (loving every team from the Red Sox to the Patriots), the addition of former Celtic Kevin Garnett to the Nets has also made Andrew a bona fide Brooklyn fan. 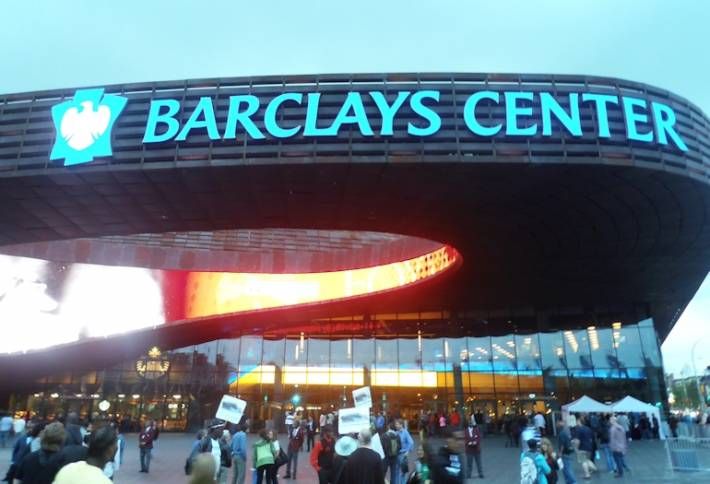 Activity also continues to ramp up around the Barclays Center due to the arena’s tremendous success, Dan says. Well-know retailers that have popped up include Uniqlo, Shake Shack, True Religion, Patsy’s Pizzeria, and Doughnut Plant; TerraCRG is now marketing the 3,700 SF retail space between True Religion and Shake Shack, which Dan says would be great for an F&B operator or a name-brand company that targets the hopping neighborhood and arena crowd. (Editor's note: We probably wouldn't fit into True Religion jeans after a ShackBurger and frozen custard—perhaps after running seven marathons like Dan has.) 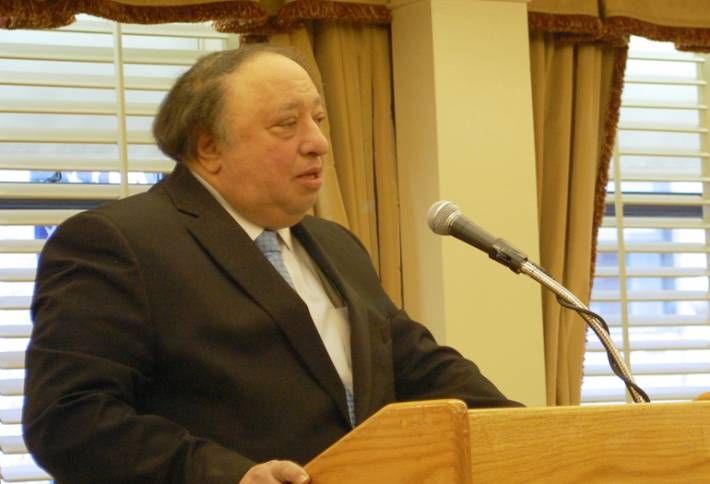