The New York City Council approved an $88.2B budget with a 40% cut to affordable housing funding for Fiscal Year 2021, just under the wire late Tuesday night for its July 1 deadline. 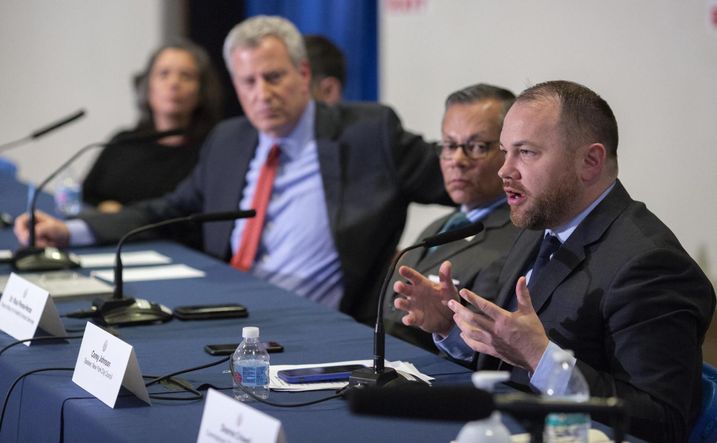 After months of heated discussion about how to mitigate financial losses prompted by the coronavirus pandemic, the budget — passed by the City Council in a 32-17 vote — cut the city’s Department of Housing Development and Preservation capital budget by $457M, The Real Deal reports.

The approval comes after weeks of long negotiations between Mayor Bill de Blasio’s office and the City Council amid health, economic and social crises that have unfolded sequentially in the city and around the country since the beginning of March.

“This year proved to be the most difficult in my seven years in the Council, as we worked to balance the budget during a fiscal crisis and social unrest from images and videos of African Americans being murdered across the country,” City Council member Vanessa Gibson said. “We understand it is not a perfect budget, but the work does not end here.”

Gibson, who is the chair of the Council’s Subcommittee on Capital Budget, opposed the cuts to housing in the budget, saying it would be a mistake for the social and economic well-being of the city.

"It's not what we were hoping for," said Short, who was on the mayor's reopening task force. "It's not the right move for the city to be making in a time where we’re want to be focusing on economic recovery and on supporting those communities that have been hardest hit by the pandemic. A little disappointing.”

Short said that the de Blasio administration indicated it was hoping for federal stimulus or state loans to come through mid-fiscal year to restore funding.

The affordable housing portion of the budget passed last night was essentially unchanged from de Blasio's April proposal, Scott said, despite outcry from City Council leaders in early June. The mayor's original budget proposal, which outlined $95.3B in spending over the next year, was presented to the City Council in February before the pandemic hit New York.

“While we have made progress, we are also vowing to keep fighting for fundamental changes to how we approach safety in schools, mental health and homelessness,” City Council Speaker Cory Johnson said in a statement released after the budget was passed.

Department of Housing Preservation and Development spokesperson Jeremy House said the de Blasio administration has made affordable housing a priority since the mayor began his term.

"Tough choices had to be made in light of the city’s health and budget crisis but HPD continues to work hard to close the deals that it can on a rolling basis and expects to pick up the pace, when the recovery permits, in order to continue our goal of building and preserving as much affordable housing as possible," House said in a statement.

Association for Neighborhood and Housing Development Executive Director Barika Williams told Bisnow last week that the proposed cuts were an “affront” to New Yorkers struggling to pay rent amid the crisis.

With the budget set, eyes are fixed on whether federal aid for state and local governments will be included in Congress’ next coronavirus relief bill, which is expected to come out sometime this month as the first stimulus bill’s benefits expire July 31.

The main priority for the real estate lobby locally, and at a national level, has been to push for this federal funding.

“These are tough times for our city and tough decisions need to be made. The critical question in assessing the budget is whether city government will operate more efficiently and continue to deliver necessary levels of services essential for New Yorkers,” Real Estate Board of New York President James Whelan said Wednesday morning. “[We] will continue to aggressively advocate for federal aid. It is critical that the federal government step up now to provide the state and local aid required to recover from this pandemic.”

In his press briefing Wednesday morning, de Blasio said he was “praying” for federal aid.

The budget, enacted as of July 1, comes just before Tax Day on July 15. Tax revenue is expected to be significantly less as so many New Yorkers still remain unemployed. Property transfer tax revenue has been significantly lower since the city’s shutdown. Real estate players say this month will reveal a lot about the economic future of the city.

The budget also brought $1B originally allocated to the New York City Police Department over to social and youth services after protestors called for defunding the police this month following the death of George Floyd in police custody. Critics on the left said the city’s police budget cuts don’t go far enough, while more conservative council members opposed the cuts altogether.

Budget watchdogs railed at the lack of transparency during the budget process. As of yesterday, it was still unclear how the budget would set the city up to come out of the current financial crisis.

“This is the first time in 15 years I’ve seen a budget without a press release explaining how the budget was balanced,” Citizens Budget Commission Vice President Maria Doulis told The City Tuesday evening.