With 2 Days Until Deadline, New York City Still Doesn’t Have A Budget For Next Year

All eyes are on City Hall to come up with a plan to set New York City’s economy back on track amid a pandemic that has left it in shambles.

When the next fiscal year starts July 1, by law the city must have at least a provisional budget enacted. With a deficit of $9B and the prospect of federal government assistance still dismal, decisions made around this financial plan greatly impact the future of the city’s recovery. But with two days left until the beginning of the deadline, there is little clarity on what will be included. 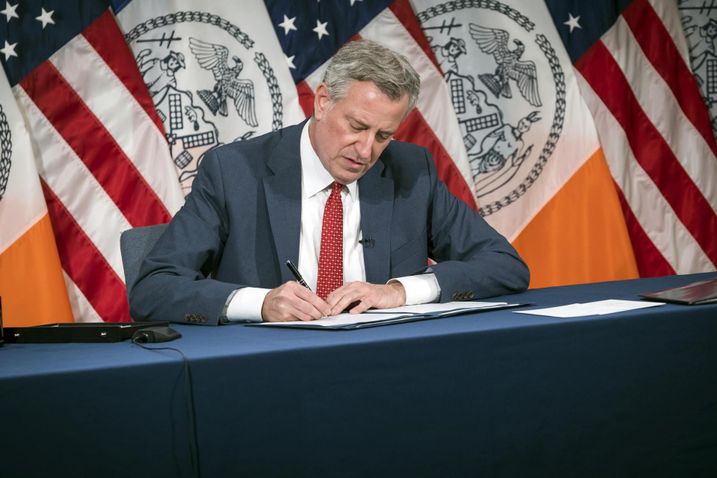 De Blasio’s budget, proposed in April, would cut $2.3B in capital expenditures, which would affect the construction of 21,000 affordable housing units along with slowing the progress of other key city projects.

The Economic Development Corp. would face over a $1.2B capital budget cut under de Blasio’s plan and the Department of Transportation would see a $480M decrease in its budget. The borough-based jails project, which is set to replace Rikers Island by 2027, will face a $472M budget cut under the plan, according to an analysis by City Council members Brad Lander and Vanessa Gibson, possibly delaying the infamous jail’s shutdown date.

“The de Blasio’s administration’s proposal to reduce the FY20-24 Capital Commitment Plan by $2.3B, with cuts to affordable housing, infrastructure, and economic development, is a profound mistake,” Lander and Gibson wrote in a joint memo in early June.

Bisnow reached out to Lander, Finance Committee Chair Daniel Dromm and Housing and Buildings Committee Chair Robert Cornegy for comment on the budget deliberations, but none responded. Multiple real estate industry sources said the process has been kept behind closed doors, and with less than 72 hours before the budget’s legal deadline, it was still unclear what it would include.

The budget is typically approved by the City Council in June after six months of deliberations, and funds the city’s operation for the next fiscal year, beginning July 1, and ending June 30, 2021. If the budget plan doesn’t get approved before midnight on July 1, vital city services go unfunded.

This year, de Blasio’s initial proposal in January was rendered moot by the coronavirus pandemic. In April, he released an updated plan that outlined an $89.3B budget, $6B less than his January proposal. He projected the city would lose $7.4B in taxes as a result of the economic toll of the pandemic.

Tax revenues have already decreased significantly. Investment sales volume dropped 93% year-over-year in May, according to the Real Estate Board of New York, equating to a $145M loss in tax revenue.

Whatever its final form takes, the budget will be a product of a worldwide social, health and economic maelstrom. The city bled money fighting the coronavirus in March and April. The state can’t fill the budget gap, and the federal government hasn’t come any closer to providing funding to municipalities as part of a relief package.

Widespread protests prompted by George Floyd’s death in police custody in May have led to calls for defunding the New York City Police Department. Over the past couple of weeks, organizers have taken to City Hall to demand that the police budget be cut.

De Blasio and the City Council agreed to include $1B in cuts to the NYPD and further cuts to the department's capital budget in light of recent protests, de Blasio said in a Monday morning press conference. It is unclear exactly where the excess funds resulting from the cuts would go, but the mayor said Monday they would be allocated toward youth and communities. 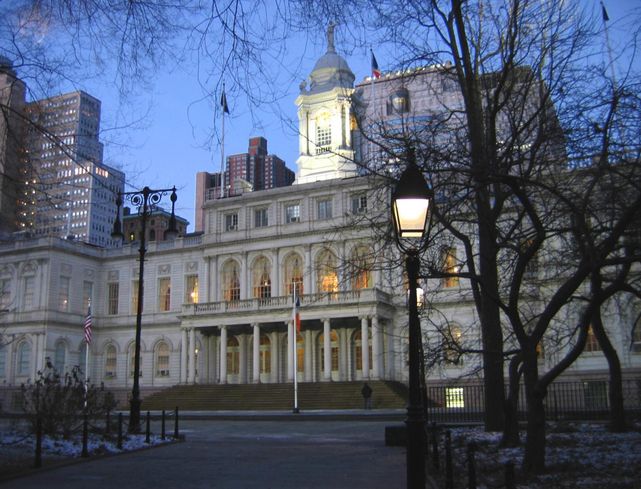 “Borrowing to cover operating expenses is like a family taking out a loan to pay for groceries. It might work for this week, but next week, you will still need to buy food, you still won’t have the income to cover it, and now you will owe the debt service for last week’s groceries in addition to this week’s,” Lander and Gibson wrote in their letter. “However, that logic does not extend to the City’s Capital Budget.”

For this reason, real estate industry leaders and city council members like Lander and Gibson believe that cutting the capital budget would be pointless and lead to more financial challenges in the future.

While many in the industry have decried the proposed capital cuts, de Blasio has not walked them back. His office didn’t return requests for comment by the time of publication.

“You’re going to see the economic recovery of the city be stifled because this great public-private partnership and this great job engine that the affordable housing industry provides will be stuck in the mud,” said Short, the CEO of RiseBoro Community Partnership.

These cuts will also intensify the ongoing housing crisis that the coronavirus has exacerbated, Association for Neighborhood and Housing Development Executive Director Barika Williams said.

“To pull back from affordable housing now is an affront to all the New Yorkers struggling to pay rent and mortgages and facing job and income loss because of COVID-19,” she said. “This is especially true for NYC’s communities of color who face higher rates on rent burden, homelessness, COVID cases, job loss and housing discrimination.”

Scott said affordable housing should be an economic driver toward recovery, as it has been in the past crisis.

“Affordable housing investment has really led the way in the city in terms of that recovery because it is such an effective public/private partnership where city dollars can leverage so much,” he said. “It creates so many jobs on the construction side and the operating side of these buildings and it delivers such a needed public good in the form of affordable housing.”

REBNY also publicly denounced the capital budget cuts, citing the excess strain they would place on the housing system.

“It’s bad for the city, construction in general is essential to economic development,” REBNY Vice President Paimaan Lodhi said. “If the city makes the decision that they will be more reliant on the private sector if they can’t fund affordable housing.”

Others say the city has no choice but to make painful cuts because the crisis for the city’s economy — and subsequently for the real estate industry — is far larger than the cuts facing the capital budget.

Lack of funding for human services and city upkeep may pose a greater threat to the city in the long run, leading to an exodus out of the city and subsequent tax revenue decline.

“Given the magnitude of the deficit we’re seeing, it's hard to see balancing the budget without cutting the budget,” said Seth Pinsky, a former executive at RXR Realty who worked for former Mayor Michael Bloomberg. “So while it’s disturbing to see, if we don’t cut from there, we’ll have to cut from another critical area even more.”

Center for An Urban Future Executive Director Jonathan Bowles said every aspect of the budget seems important at this moment, including building affordable housing. But the city’s most important priority now needs to focus on making sure it can fund the essentials.

“You know, it’s such a difficult time right now to figure out what to prioritize, because what’s not important?” he said. “I think there’s a real risk to the city’s economy if we don’t invest in the basics … We can’t lose sight of investing in the core responsibilities of city government.”