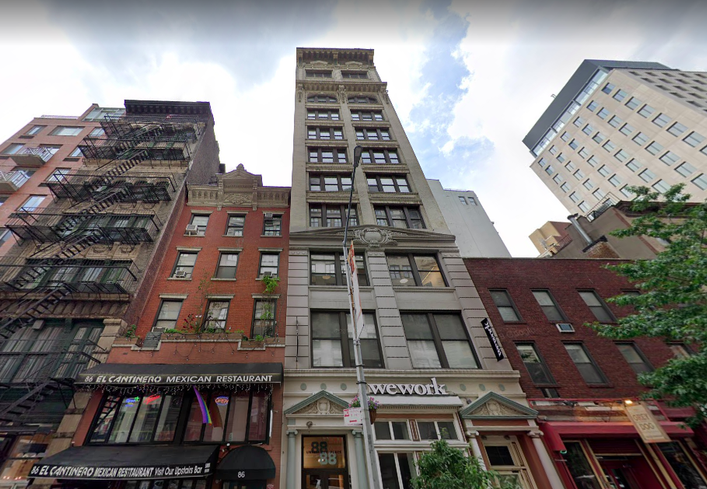 A major corporate tenant is pulling out of a lease with WeWork at its location near Union Square in a building owned by ousted CEO Adam Neumann.

IBM will depart from the 70K SF office space it leases from the coworking giant at 88 University Place after the summer ends, Business Insider reported Thursday. Neumann, who has a 50% stake in the group that owns the property, listed it for $110M in September in preparation for the company’s initial public offering, when his ownership was cited as a potential conflict of interest.

As of Thursday afternoon, the property is for sale, the building's listing broker confirmed.

IBM’s tenancy marked a milestone for WeWork when the lease was signed in 2017: It was the coworking company’s first full building lease. WeWork manages the space near Union Square Park solely for IBM. It has since expanded its enterprise business — and the potential for quick pullouts from these large deals was also cited as a risk factor in its IPO prospectus last year.

The move comes after a string of financial woes for WeWork and IBM since the crisis began. IBM’s revenue dropped in Q1 and it announced a round of layoffs. IBM spokesperson Doug Shelton told Business Insider that the move was not related to the cuts to staff.

The coronavirus has added to WeWork’s existing setbacks. The company is currently worth less than 10% of the $47B it once was. Since the shutdown in March, WeWork has missed rent payments in locations across the country while attempting to renegotiate its leases. It owes tens of billions of dollars in long-term rent commitments across many properties, including 88 University.

IBM, which is headquartered in Westchester County, has been in talks since the fall to consolidate its Manhattan office square footage.