WeWork Says It Has Paid 80% Of Rent, As SoftBank Battle Heats Up 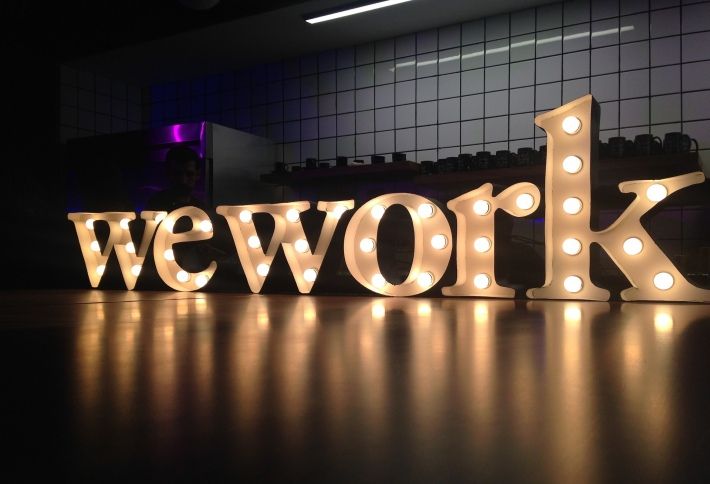 WeWork paid over 80% of its rent worldwide in April and May, CEO Sandeep Mathrani said on Tuesday, adding the company is in discussion with landlords about paying the rest. He didn't specify where the nearly 20% of non-paying locations are concentrated, though some are reportedly in the United States.

Pushing back against the idea that the pandemic has crippled coworking permanently, Mathrani, speaking on CNBC's Squawk Box, stressed that WeWork can accommodate social distancing because its spaces are flexible.

"Flexible means you can de-densify, you can spread out. Collaboration can still occur while keeping your distance," he said, noting that the company has already learned lessons about rearranging space from its locations in China.

In late April, WeWork began rolling out plans for social distancing and increased cleaning in its spaces. One goal is to make common areas less crowded by reducing the number of members who can sit at shared tables. There will also be visual guidelines in the spaces, such as floor stickers to remind people to keep 6 feet apart.

Still, despite how WeWork plans to modify itself in the future, many current customers want out of paying for unused space in the here and now. Last week, a group of WeWork members demanded that the company stop charging membership fees for space they are unable to use because of legal mandates, and refund fees already collected during the pandemic.

Toward that end, an unspecified number of WeWork customers in New York, Los Angeles and Washington, D.C., hired law firm Walden Macht & Haran to threaten to pursue arbitration against the company, The Hill reports.

"As long as this pandemic prohibits our clients from using their WeWork office spaces, the purpose of their membership agreements is frustrated, thus excusing their obligation to pay membership fees,” Walden Macht & Haran Managing Partner Jim Walden wrote in a letter to WeWork.

Mathrani told CNBC that about 70% of WeWork members paid their rent in April, and that the company is working on a case-by-case basis with members who can't pay.

On Monday, a special committee of WeWork board members asked a Delaware court to prevent the committee from being dissolved, so that it might continue legal action against SoftBank Group for backing out of a $3B tender offer.

The tender offer would have benefited a number of WeWork shareholders, including ousted company founder Adam Neumann, who stood to sell his stake to SoftBank for $970M. SoftBank claims that the special committee "lacks authority" to pursue the lawsuit.

Regarding SoftBank, Mathrani said that the $5.5B liquidity that the Tokyo-based investor provided WeWork before the pandemic gives the company enough capacity to operate.

“The $3B tender offer has to do with existing shareholders," Mathrani told CNBC. "It’s noise in the background, as far as I’m concerned. My focus is to right this ship."