Dozens of construction workers lined up, ready to start work at 20 Bruckner Blvd. at 7 a.m. Monday. The line snaked out the door as each waited 6 feet apart to get their temperature checked and logged by the site’s COVID assessment coordinator, Charles Griffin, in a process that takes about an hour, he said.

Past the temperature station, the construction site is operating, but it is not back to business as usual.

Coronavirus safety guideline posters are pinned to the walls, and hand-washing stations are spread throughout. In pre-pandemic times, workers would work closely together. Monday, all were careful to remain 6 feet from one another, with the exception of two masked plumbers installing a pipe that required closer contact. After finishing their work, the two promptly moved away from each other.

“It’s zero tolerance when it comes to safety,” said Alex Elkin, the CEO of Eastbound Construction, the project’s manager. “There is nothing more important than it, and every minute spent and every dollar spent on safety is there to mitigate risk of something happening later on, and it is worth it.” 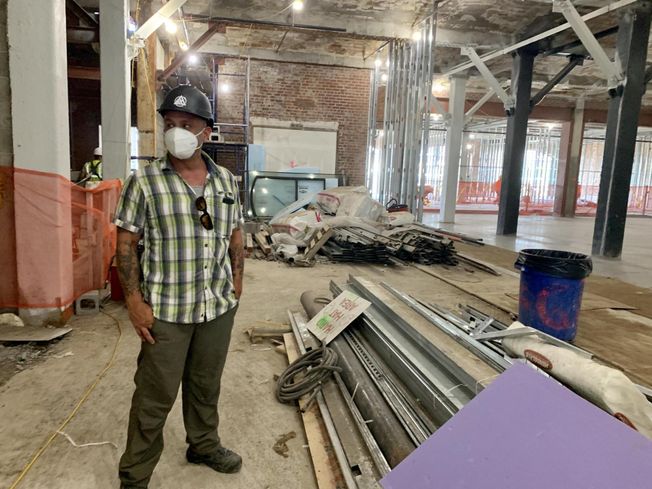 In the month and a half since nonessential construction sites reopened, the industry has adjusted to a new normal — from temperature checks to limiting capacity in elevators to hand-washing stations — and contractors have largely been working to ensure compliance with the city’s regulations.

Most construction sites have complied with the city’s new coronavirus safety guidelines, according to the 107,000 inspections that the Department of Buildings has conducted across the approximately 40,000 sites in the city since June 8.

Those in New York City construction told Bisnow that many of the mandatory safety protocols, such as frequent hand-washing and wearing gloves, are tenets of the construction industry that were already being implemented across most sites before the coronavirus. 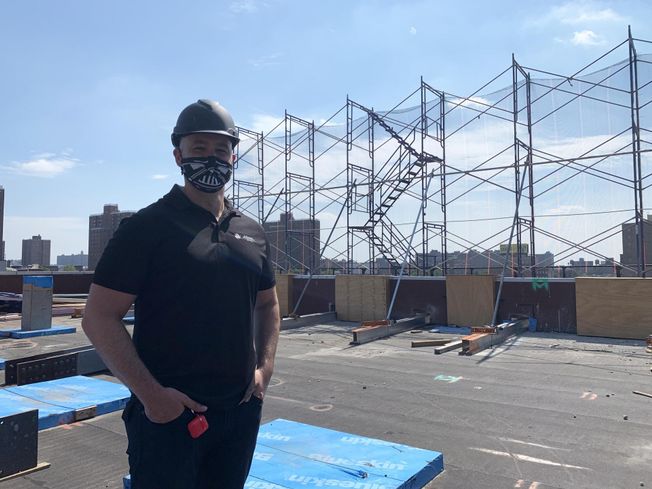 Some of the new guidelines are not without their challenges. Limitations have set some projects behind schedule, which leads to higher costs. Fewer workers can be in one area at a time, and the personal protective gear required at all times can limit productivity — especially in the summer heat. What's more, some construction workers refuse to come back to work, citing health concerns.

In addition to the mandatory wearing of a mask and social distancing, the new guidelines, issued by the city and state on June 8, require a safety monitor like Griffin at every site and a “health plan” to be displayed on the work floor.

The guidelines also state that hygiene stations that include materials for hand-washing must be placed around the site and that contact tracing logs must be kept. 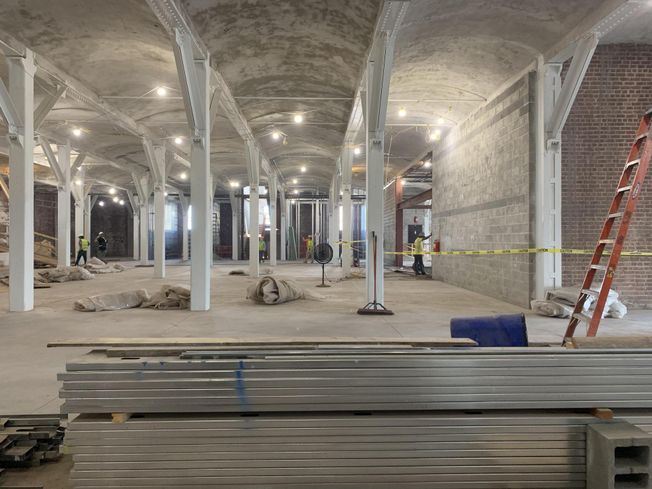 Those who do not comply with the city’s guidelines face sharp fines. Penalties start at $5K and can reach up to $10K if the violation is recurring. The Department of Buildings issued 151 total violations between July 8, when the department started enforcing guidelines in their inspections, and July 21, a DOB spokesperson said. These carry total potential penalties of $755K. Overall, there are 1.6 violations and $58.1K per day.

“Contractors should know that we won’t tolerate bad actors who neglect to put the health and safety of their workers first," the DOB spokesperson said in a statement Tuesday.

The vast majority of contractors are adhering to the guidelines, the spokesperson said. The 86 sites that received a violation account for roughly 0.2% of the approximately 40,000 construction sites in the city.

Michael Rattacasa, CEO of environmental health and safety consulting firm The Casa Group, said he has seen significant reductions in work across sites as a result of the new guidelines.

“Productivity is limited," he said. "Not in a bad way, it’s just the reality of it."

In order to meet social distancing guidelines, vertical transportation like hoists and elevators are working at 15% to 25% capacity, he said, which causes major delays for any construction above the ground floor.

“There is only so much time availability in a day for people to work,” Rattacasa said. 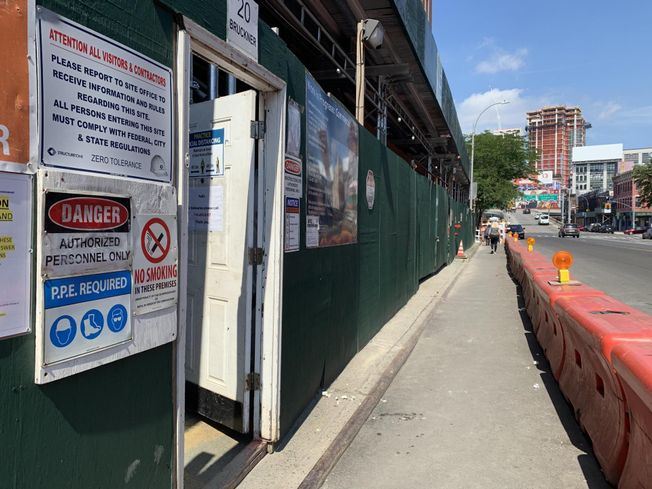 Bisnow/Kelsey Neubauer
Entrance to the 20 Bruckner Blvd. site. At 7 a.m. construction workers line up here to get their temperature taken before entering.

While most trades were required to wear masks pre-coronavirus, there is now no tolerance on-site for not wearing one, Elkin said.

“It’s just an adjustment that people need to get used to,” Rattacassa said. “Regular health and safety precautions for heat, stress and exposure to the elements — those apply on top of some level of restricted breathing that plays into it a little bit, too.”

Overall, construction sites are running at around 15% or 25% less capacity than they typically would be, Elkin said. For projects with a lot of horizontal surface area, such as the wide, four-story building at 20 Bruckner in the South Bronx, implementing these changes doesn't affect productivity as much as it does when a project has more vertical surface area, such as a tall, thin skyscraper in Manhattan, he said.

Elkin said 20 Bruckner Blvd., which is being transformed into a charter school to open in fall 2021, is on track. It was granted essential status during the stay-at-home order, and productivity on the site remains high. 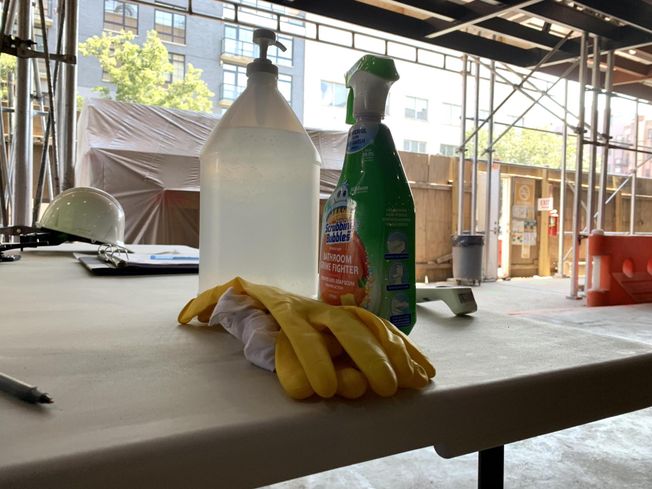 Bisnow/Kelsey Neubauer
The log-in station at the 20 Bruckner Blvd. construction site. Each worker must get their temperature taken and recorded before going onto the site.

In this new world order, Griffin is the first to greet the workers and the last to say goodbye on their way out of the site. On his desk, yellow rubber gloves, a bottle of Scrubbing Bubbles, a multi-gallon bottle of hand sanitizer and a forehead thermometer sit beside a hard hat.

Since reopening, the look of New York City construction has been different as contractors, subcontractors and workers adjust to building New York amid a global health crisis.

“We’re all just adapting to this new normal,” Elkin said.