In mid-April, Allan Suarez began calling the six carpenters he had laid off from his small general contracting company, All Renovation Construction in Harlem, to offer them their jobs back. Some of them never answered or returned his calls, and others told him they were too concerned about the coronavirus to come back to work.

With funding from the federal government’s Paycheck Protection Program, and some renovation jobs with Columbia University properties now up and running, All Renovation is making do with just two carpenters on staff and subcontractors to make up the gap. But Suarez is worried about the months ahead.

“We are OK for now, we’ve got to wait and see. The prime GCs that have worked with us in the past have been quiet since everything has reopened. We are in a holding pattern to see where everything is going to land,” he said. “It’s a very scary time.” 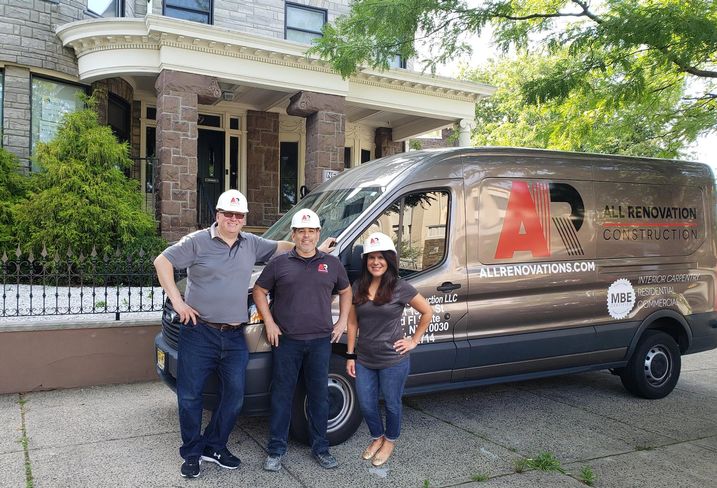 Courtesy of Allan Suarez
Pietro Calabretta, Allan Suarez and Evelyn Suarez, three of the four owners of ALL Renovation Construction

Suarez’s operation, a certified Minority Business Enterprise he runs with his wife and two other partners, is just one of scores of businesses in the construction industry that are fretting over their future in an uncertain, shifting landscape.

Thousands of construction sites across New York City laid dormant for months after the state ordered most of them to close up during the early, chaotic days of the crisis. While essential work — largely affordable housing and infrastructure —was permitted to keep running, most sites closed down in late March.

Phase 1 of the city’s reopening plan allowed all types of construction to ramp back up, and since last month, sites have been grinding back into action — albeit with new rules around worker density, the use of masks and disinfecting.

Employment in New York City building construction fell by more than 35% year-over-year in May, according to the state Department of Labor. And while the flurry of activity as companies work to play catch-up has since put thousands back to work, industry sources worry that won't be the case for long.

Fears about resurgence of the virus mean many are rushing to frontload work in case of another shutdown. Some are concerned that work will dry up as ongoing projects wrap up, and others expect small subcontractors will be under major pressure as a result of the crisis and its economic impact.

“The same work that was being done pre-COVID is there, that work needs to be finished,” Barone Management founder Scott Barone said. "You can’t just press pause."

Of Barone's four active construction sites, one kept operating throughout the shutdown, and the other three have since restarted.

“But when those projects are done, there is going to be a gaping hole for construction," Barone said. "There are going to be significant job losses in the fourth quarter this year, first quarter next year.”

For others, the impacts are already being felt. 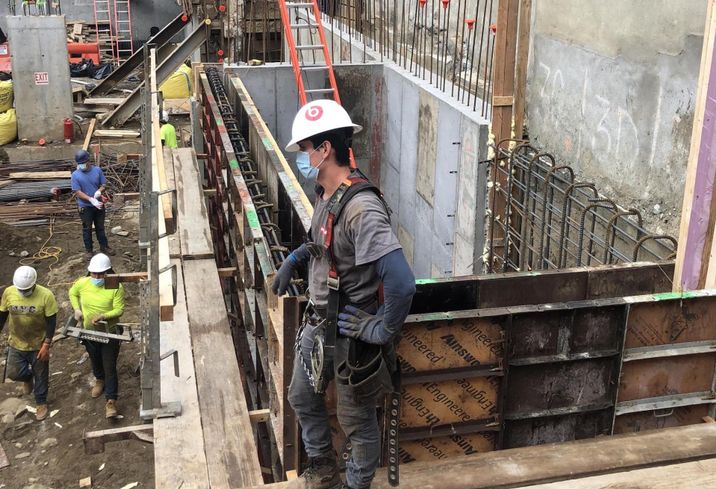 Courtesy of Thomas Campbell
A Thorobird Cos. construction site in the Bronx, which has been able to continue operating through the coronavirus pandemic.

Eastbound Construction principal Alex Elkin estimates about 10% of subcontractors have lost a significant portion of their labor force, and that 2% to 3% of construction workers on projects before March won't return. When the subcontractor pool shrinks, the cost of projects will most likely increase, he added.

“It absolutely has the ability to take a viable project and potentially crater it,” Elkin said.

With labor already the biggest economic variable on any construction project, the loss of a significant portion of the labor force can threaten a project by burdening it with additional unforeseen costs. Subcontractors that use non-union labor are more likely to bear the brunt of that hit, he said.

“In the non-union world, or in the open shop world, it's a little bit more competitive and price-sensitive job, so the subcontractors sort of end up resorting to less expensive and often less qualified people," he said. "And they’re often the first ones to go."

Still, in the weeks since New York has begun to reopen, Elkin said he is feeling positive about the future of the industry and believes that it will go up from here.

“There is a lot more optimism that is permeating through construction sites and through the industry in general,” he said.

Michael Rattacasa, CEO of construction consulting company The Casa Group, is feeling hopeful, too. He sees project availability in the future and a workforce that wants to return to work. And while developers may not be building new projects at as fast a clip in the next few years, there will be repurposing projects that will create jobs, he said. 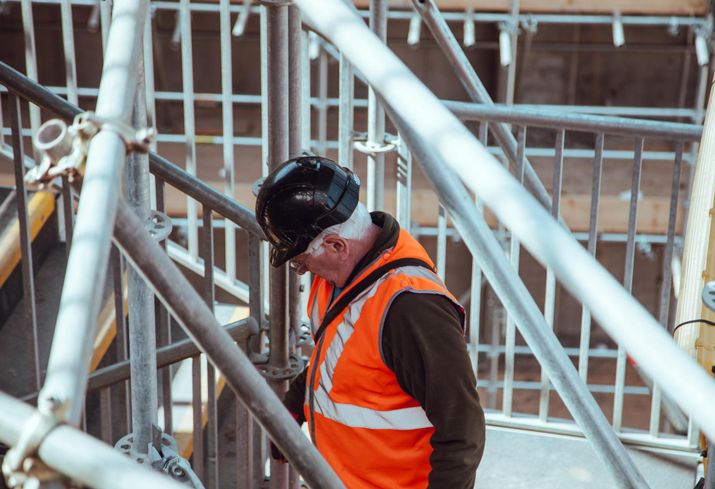 Building and Construction Trades Council of Greater New York President Gary LaBarbera estimated 70% to 80% of his union's 100,000 members were out of work during the crisis.

That unemployment figure has dropped, down to between 10% and 20%, now that sites are operating once more. There are about 40,000 permitted construction sites in the city right now, according to the Department of Buildings, and LaBarbera predicts all BCTC members will be back to full employment within the next few months.

“I expect that will last for the next 12 to 18 months — but it’s all depending what happens with our economy and the federal COVID relief bill,” he said. “As of now, we’re going in the right direction. The real concern is what does the future look like, will projects move forward?”

Senate Republicans are expected to reveal a $1 trillion proposed relief package next week, though leaders in Congress are reportedly sparring over the details after House Democrats' passed a bill with north of $3 trillion in aid.

“If MTA, Port Authority, the School Construction Authority and the Department of Design and Construction aren't funded to move forward with their projects, then we will see drastic layoffs,” New York Building Congress CEO Carlo Scissura said. "But we are hopeful that we will get some federal funds."

For companies like Suarez’s, it’s a matter of taking it day by day.

The PPP loan and an Economic Injury Disaster Loan, both of which Columbia University, his biggest client, helped him apply for, have kept his business afloat.

But if the virus returns to the city and shuts down work again, it could be dire.

“We are taking it slowly, just like the state is reopening, we are doing the same thing … We do have a couple of projects, and if we do land some other projects, we are going to have to find some more helpers that are carpenters to fill the gap,” he said. “Right now, we are taking it little by little.”

CORRECTION, JULY 16, 7:45 P.M. ET:  Gary LaBarbera is the president of the Building and Construction Trades Council of Greater New York. An earlier version of this story misspelled his name. This story has been updated.