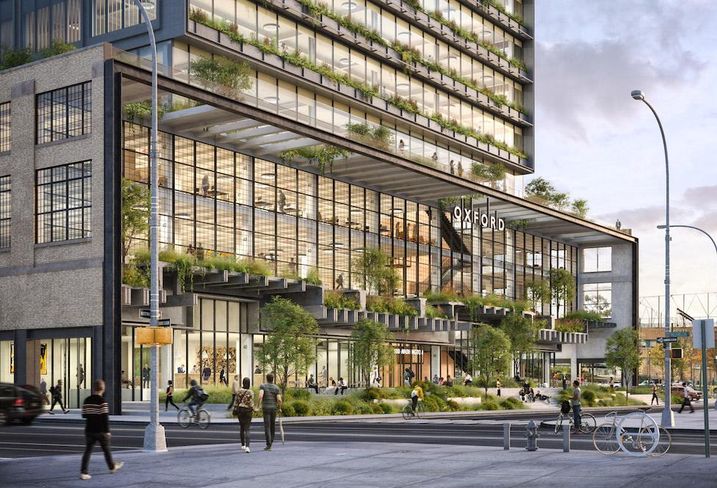 The developers of Google’s brand-new campus in Hudson Square have locked down a massive construction financing package from a group of banks.

Wells Fargo is taking the lead on the $973M construction loan provided to Oxford Property Group and the Canadian Pension Plan Investment Board, Commercial Observer reports. Multiple other banks are part of the deal, per CO, and it works out to be 55% loan-to-cost.

Oxford paid $700M for the property in 2017, and brought on Canada Pension Plan Investment Board as a joint venture partner in 2018. Along with the redevelopment, Google is leasing space at Jack Resnick & Sons' 315 Hudson St. and Trinity Real Estate’s 345 Hudson St.

Google is just one major tech firm expanding in the city, with Facebook last year committing to a massive lease at Hudson Yards and Apple in recent weeks reportedly locking down space at Vornado’s 11 Penn Plaza.

Hudson Square, a small neighborhood just north of Tribeca that feeds into the Holland Tunnel, has been a big beneficiary of that tech expansion. Along with Google, Disney has decided to plant its flag there with a 19-story, 1.2M SF new building.