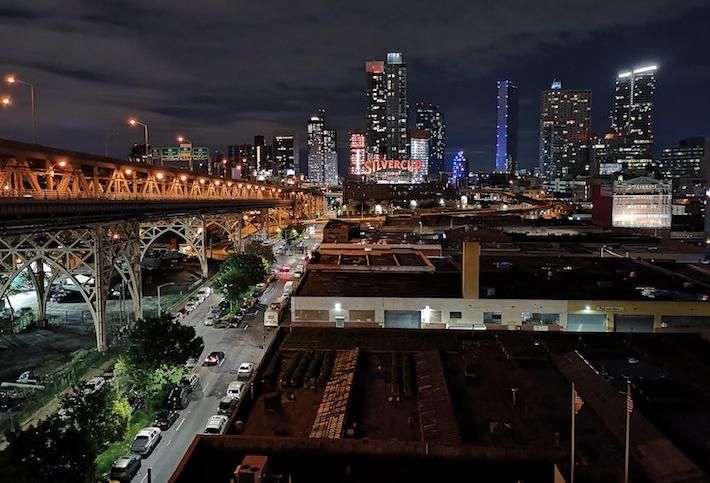 Robert De Niro is planning to put New York City on the map as a film and television destination.

The actor has joined with his son, Raphael, and other investors to pick up a 5-acre parcel in Astoria. They are reportedly joining with development firm Wildflower to spend $400M on a production and film studio known as Wildflower Studios. The final product is expected to span 600K SF, the New York Times reports.

“We toured studios in New York, on the West Coast and in the South to understand the landscape of current filming spaces,” Wildflower’s Adam Gordon told the Times, adding that there is “exploding” demand for original content.

New York has seen a significant jump in film and television activity. In 2018, there were 332 movies filmed in New York City, according to the Times. In 1980, there were 121.

“We saw the need for a true destination film campus,” Gordon said.

The site is at 87 19th Ave. in Astoria, according to Commercial Observer, which  reported Wildflower was under contract to buy a property there last month. Piano manufacturer Steinway & Sons sold the land to the partnership.

It is not the first time De Niro has attempted to build a film studio in New York City. In the late 1990s he wanted to build television and movie soundstages with the since-disgraced Harvey Weinstein at the Brooklyn Navy Yard, but the deal went south after the city backed out. Doug Steiner’s Steiner Studios is now flourishing at the site.

News of Wildflower comes just a few weeks after streaming giant Netflix announced its $100M expansion plans in the city, including studios in Brooklyn.

The company is leasing 100K SF at Normandy Real Estate Partners’ 888 Broadway in the Flatiron District. It has also taken 161K SF at 333 Johnson Ave. in Bushwick, where it will build six soundstages over five years. Netflix will be eligible for as much as $4M in tax credits over a decade as part of the Excelsior Tax Credits program. Netflix has to create 127 jobs by 2024 to get the incentive.