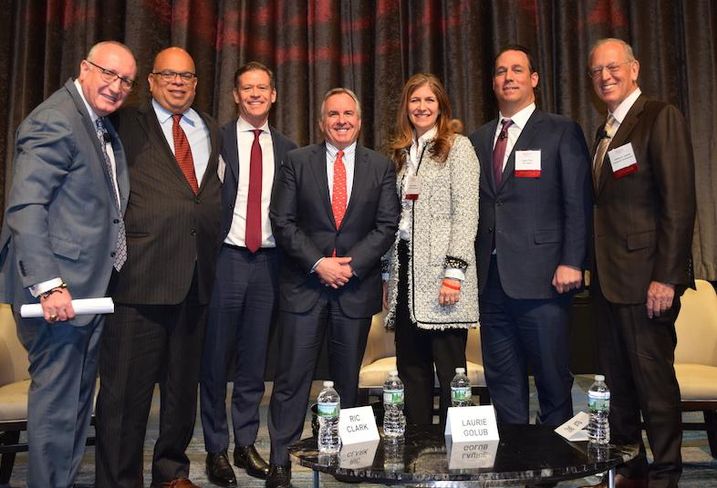 “I think about major cities around the world, New York is behind in several important areas," Clark said at the Real Estate Board of New York’s Spring Luncheon panel Monday. "Bridges are crumbling, the subway has its issues — we have a ways to go.

“My pet peeve is the train to plane. You go to London and you hop on the train at Heathrow and you get out at Paddington Station in no time.”

“We need to get people here efficiently to do their job, and if they can’t do that, they won’t want to stay here,” he said, pointing to the $220M the real estate investment trust spent on improvements on Grand Central station as part of the deal for its tower One Vanderbilt.

“Even if it’s one extra train per hour, that’s a tremendous impact.” 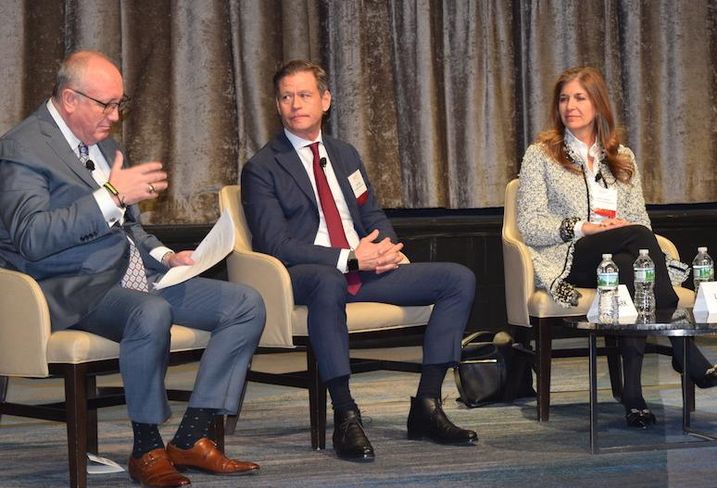 Last year, Manhattan’s investment sales transaction dollar volume hit $21.6B, according to Cushman & Wakefield, a 66% drop from the year before. Foreign investment in Manhattan fell 41% from 2016 to 2017, according to an Eastern Consolidated report.

Meanwhile, the industry is grappling with the impact of tax overhaul, and the office market continues to be shaken up by vast new development at Hudson Yards on Manhattan’s Far West Side.

Levine believes the next downturn is “upon us” and that the tax reform has put the condo market “in the toilet” because homeowners have lost the ability to deduct the interest on high-priced properties. 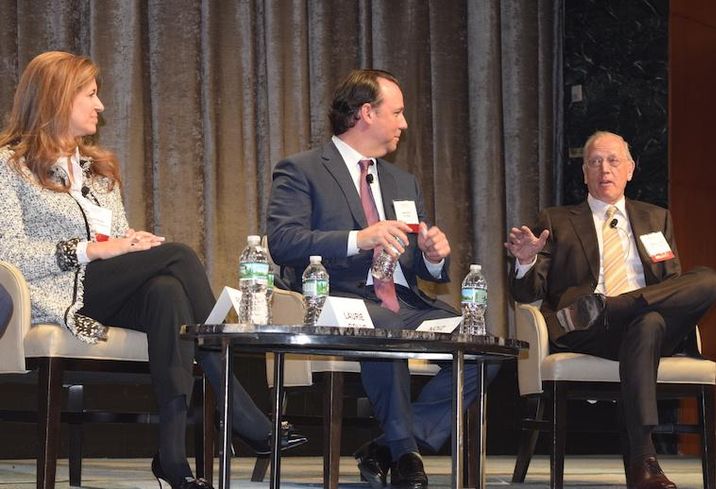 However, he said he believes that is a positive development for the multifamily rental market. As ownership has been diminished by the tax law changes, even more people will be pushed toward rentals, he said.

He added the 421-a tax abatement expiration caused a glut and and that its replacement, Affordable New York, is “worthless” because it does not “sufficiently bridge the gap” between the affordable and the market-rate buildings.

“Brokers in the audience, if you have land in neighborhoods at under $300 a foot — like 80 bucks a foot — come here and I’ll buy it today," he said.

Golub said she thinks the tax changes will be largely positive.

“There’s job creation, the bringing back of capital from overseas — there’s a boost to real estate operators,” she said. “All of that leads to more development and more growth [in] the country [and] on balance that can only be good in the end.” 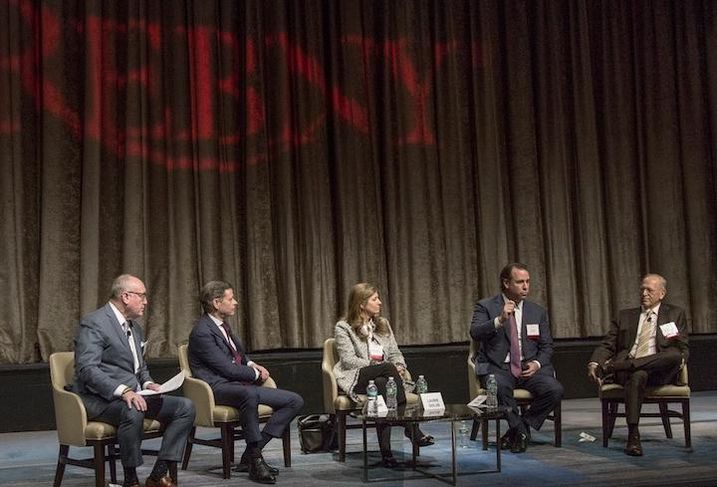 Zion said the most important thing to watch from tax reform is whether businesses expand and jobs are created, which impacts the level of leasing activity in the city. He estimates that around 2.5M SF of office space will hit the market every year for the next few years, and he feels certain there will be enough new jobs coming online to absorb that space.

“There’s not going to be a glut … I think we are in a good spot. It’s great product and transit-oriented locations,” he said of the new developments. “No one should forget the size of the market."

Clark agrees that the city is well-placed to take on the new buildings that will open in the next few years.

“The average age of Class-A inventory is 75 years old ... That’s unbelievable,” he said. “I don’t think the pipeline will have an impact on the health of the market ... This is a healthy amount of development in a market that really needs it.”