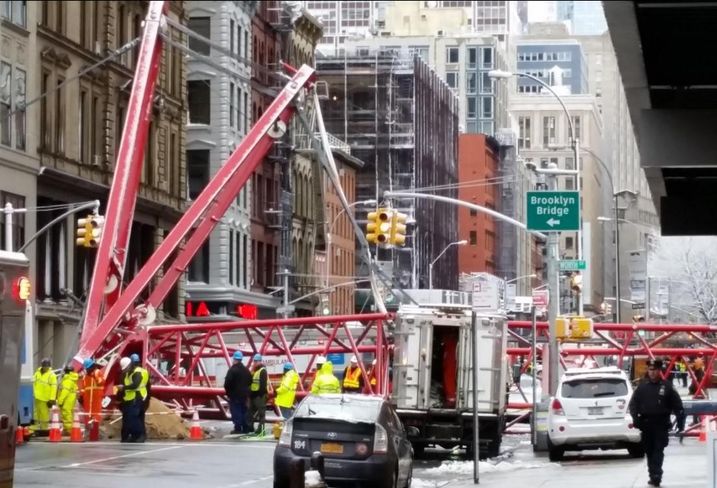 The crane collapse in Tribeca on Feb. 10, which killed a motorist, has prompted the announcement of a push by Mayor Bill de Blasio's office and the Dept. of Buildings to crack down on unsafe worksites.

There were 11 construction deaths in the city last year, according to the Mayor’s Office (construction unions have put the number at 16). The majority were at worksites for buildings less than 10 stories tall.

“No building is worth a person’s life,” the mayor said in a statement.

“Serious safety lapses” had resulted in a $2,400 fine. That’s being upped to $10k. Not having a construction superintendent on-site for an inspection used to result in a $5k fine. Now it will cost a project $25k.

Construction in the city has more than tripled since 2009, according to the statement, with 88M SF of new development just last year. The increased oversight follows a round of safety regulations for certain types of cranes unveiled last week.