Crane Collapse In Tribeca Leaves One Dead, At Least 15 Hurt

A crane collapse near the corner of Worth Street and West Broadway in Tribeca this morning has left at least one person dead and at least 15 reportedly injured.

Bisnow has a reporter on the scene, which is an array of crushed cars and streets littered with debris from the collapse. The crane was reportedly involved in the demolition of a building.

Bisnow spoke to Felipe Coronado, whose wife was at the law school next door to the crash. Felipe told us his wife and her classmates heard a loud crash, then a bang, and then felt a tremor like an earthquake. Within minutes, the whole building was evacuated. 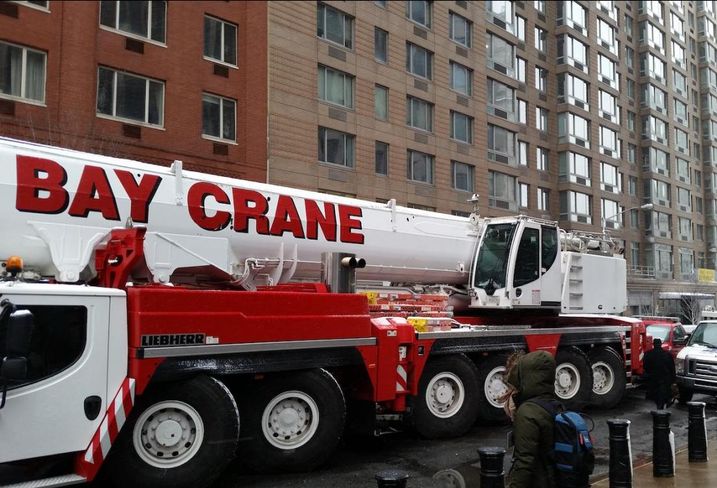 The collapse happened at around 8:30am. One person was reported to be trapped in a car. Gas odors have been reported in the area, and the nearby courthouse at 71 Thomas St was evacuated.

It’s not yet clear which site the crane, emblazoned with the logo for Bay Crane, served. A Bay Crane representative declined to comment, saying he was not an authorized spokesperson. Reports have indicated the crane was working on the conversion of an industrial building to luxury apartments in the area. 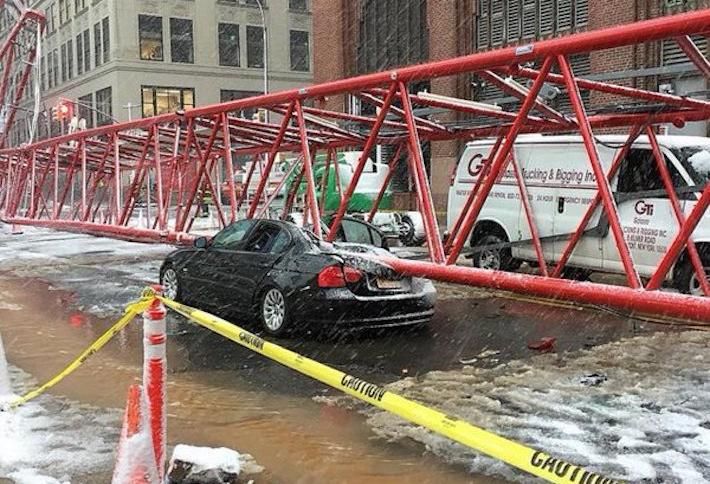 The No. 1 subway line isn’t stopping at the Franklin Street station, the closest stop to the site. As of 11am, there was another crane on the site, which appeared to be in place to help crews remove wreckage.

ABC7 reports that the victim was a 38-year-old who was sitting in a car that was crushed. The crane was being lowered from a building—it had been about 20 stories up—due to the day's high winds when it collapsed. The streets had been cleared, which prevented dozens, if not hundreds, more injuries, according to Mayor Bill de Blasio.