A-Rod On Looking For Opportunities In NYC, Being A Compassionate Landlord And Lessons He's Learned 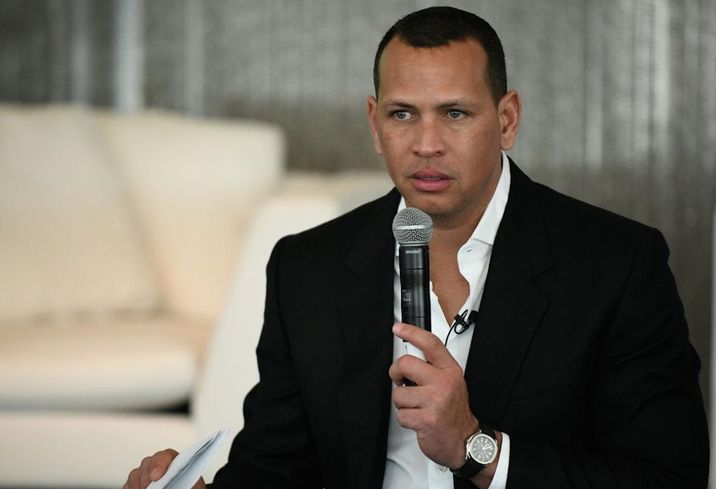 Fourteen years ago, New York Yankee All-Star Alex Rodriguez bought 500 apartments around Steinbrenner Field in Tampa. The idea was strong — it was an up-and-coming location — but timing was off, and so was the price.

“We owed more than it was worth,” Rodriguez told a group of summer interns with Project Destined on a webinar Wednesday. “It was scary as hell, the loan was recourse.”

He went to the bank and told them there was a problem.

“The lesson is, I went to the bank, they didn’t come and get me," he said. "We started building a bond.”

Ultimately, he said, a deal was worked out, and the bank is still one of his lenders today. The moral of the story is to see a problem and attack it, he told the students. Rodriguez was addressing interns over Zoom as part of the five-week virtual commercial real estate program run by the Real Estate Board of New York, Project Destined and the City University of New York.

A total of 100 students from diverse backgrounds are taking the paid internships virtually and get access to professionals from companies like Tishman Speyer, Brookfield Properties, Rudin Management Co. and Walker & Dunlop as part of the program.

Each week, the interns dial in to hear from industry leaders, and this week Rodriguez, in conversation with Harvard Business School lecturer Charlie Wu, walked them through things like the fundamentals of private equity and the importance of relationships.

“So a lot of the students here are going to have the same challenge that I had as a young baseball player — we have that in common,” Rodriguez said when asked about how he first learned to lure investors without much experience beyond the field.

“You have to be a storyteller … You have to know your numbers, you have to be buttoned up, you should rehearse the hell out of your pitch," he said. "Make it tight, make it clear and make it land: This is what you are investing in, this is my plan, here’s how I’m going to put in value, and here’s how we’re going to exit.”

Rodriguez formed A-Rod Corp. in 2003 — the year he won his first American League Most Valuable Player Award, and his last season as a Texas Ranger before a blockbuster trade landed him in the Bronx — and has since bought in excess of 15,000 apartments around the country. Growing up, he was raised by a single mother, he told the interns, who was working two jobs to support them.

“I remember rent used to be $550, then $600, $650 then $700, and I felt the pressure mounting on my mother, and I remember wishing, hoping and praying time would slow down for her, because every 30 days, it felt like it came every three days," he said. He thought to himself, "I wish I could trade places with the landlord and not be the tenant.”

His first opportunity to do that came when he bought his first duplex with a $48K down payment, he said, but it wasn’t always smooth sailing. Over the next several decades, he learned about building a book of business, forming the right relationships and the importance of a diverse and expert team. He said it isn't necessary to be the highest-paid baseball player in history (so far) to be able to invest.

“The one great thing about real estate is that it is very inclusive. It is for everybody, it doesn't matter what age, what gender and what your expertise is, it’s really about value, and what kind of value can you purchase, and sometimes value comes in a relationship,” he said.

“Ultimately, when you find yourself in a competitive bid with someone, the winner is going to be [the person] who has a better relationship,” he said. “As young people, the single most important thing you can do besides getting more knowledge is working on your black book, working on your relationships.” 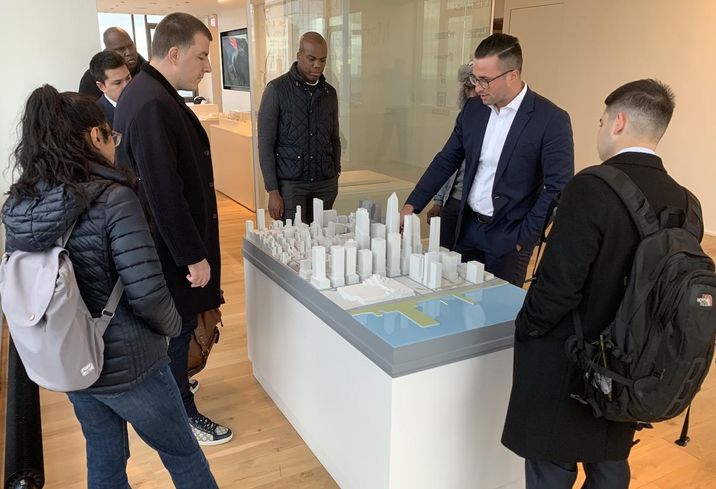 When it comes to applying the lessons from baseball to business, he said sharing winnings and building a strong team are fundamentals that span both worlds. He pointed to the Yankee's 2009 World Series championship, which he credited to the fact that the team was diverse.

"We looked like the United Nations, it was like a melting pot, and that was really what made us great," he said. "We all brought different things to the table. I would say, [now] if I’m a genius at math, I’m now going to get someone who is a genius at English.”

Earlier this year, Rodriguez and partners Adam Modlin and Ofer Yardeni’s Stonehenge NYC reportedly paid more than $66M for a 114-unit building at 340 East 51st St. The three plan to raise $500M and invest in around $1B in the multifamily market, Yardeni told The Real Deal last year.

A-Rod Corp. through its subsidiaries already has acquired more than $800M of real estate and developed more than 15M SF, per its website. The company also spans into sports and wellness, as well as media and entertainment. In recent months, rumors have been swirling around Rodriguez and fiancée Jennifer Lopez’s plans to buy the Mets.

The pair have as much as $300M committed to the bid, per The Athletic.

“I have always said and believe that New York is the greatest City in the world. I feel fortunate to have played there with a world-class team and now invest there with a world-class team, Stonehenge. I am bullish on the city for the long term,” Rodriguez told Bisnow in an email. “The strong fundamentals will carry the city through this challenging time. We continue to look for unique opportunities there.” 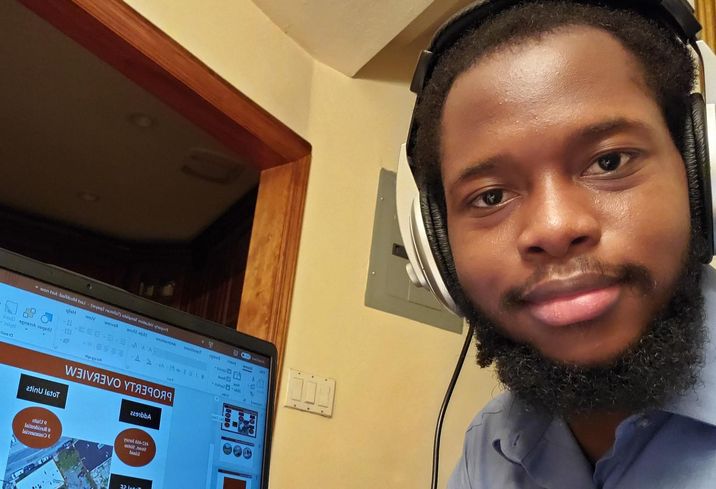 On Wednesday, Rodriguez told the interns the company keeps rents just “a hair” below market and has 95% occupancy across his rental portfolio. This week, the federal eviction moratorium that has been in place since March will expire. Some 12 million people who live in homes with federally backed mortgages could be issued a notice to leave, per the Washington Post.

“The approach we have taken during this crisis is to lead with compassion and creativity,” Rodriguez wrote in an email. "We consider our apartment communities to be just that, a community."

The company has partnered with multifamily lender Arbor Realty Trust on its rental assistance program to offer interest-free advances for rental payments. It has also launched a free program with Right Management to provide webinars and online courses to residents to help with potential career transitions. Ultimately, Rodriguez said the goal is to keep residents in their homes.

“We are working with payment plans and other creative ideas as the expiration of the moratorium will be lifted soon in specific markets,” he wrote in the email.

A-Rod Corp. has been a supporter of Project Destined — a social impact platform that provides training in financial literacy, entrepreneurship and real estate — since 2017, when program founder Cedric Bobo met Rodriguez backstage at one of Lopez's concerts.

Project Destined partnered with the same Boys and Girls Club of America where Rodriguez had learned to play baseball in Miami. Rodriguez then suggested it expand its work into the Bronx, home of the Yankees.

The Project Destined summer internships have gone ahead amid the crisis, despite being conducted entirely online.

“Being able to shake hands and speak to someone in person, you can’t replace that intimate interaction over the computer screen,” intern Nicolas Dominique told Bisnow. “It’s been a challenging time, but it’s been positive. It’s been forcing me to grow out of my shell, and to be able to handle deadlines.”

Aisha Perez said doing the internship wasn't any less challenging than it would be in a normal year, though she admitted it was a little disappointing not to do it in person.

“Even though it is virtual, I still feel that it's as competitive," she said. "I was team captain for week one, I got just as nervous and butterflies in my stomach."

Doing her internship from her parents' home in Brooklyn, she said she was just grateful to have an internship at all during this unusual summer.

“It’s quite an honor to be in front of such a beautiful, diverse group of people who have such an incredible, bright future,” Rodriguez told the students Wednesday. “I always tell our young kids — I would trade my past for your future.”

CORRECTION, JULY 24, 9:30 A.M. ET: The apartment building at 340 East 51st St. has 114 units. An earlier version of this story misstated how many units it has. This story has been updated.