"NoChe": The Next Big Thing

You've heard of NoMad, NoLita, and NoHo. Well, get used to"NoChe."It stands for North Chelsea, pronounced a touchexoticallylike the Spanish word for "night." It's how insiders are referring to thedramatic new areabeing forged byBrookfieldandRelatedon theFar West Side. 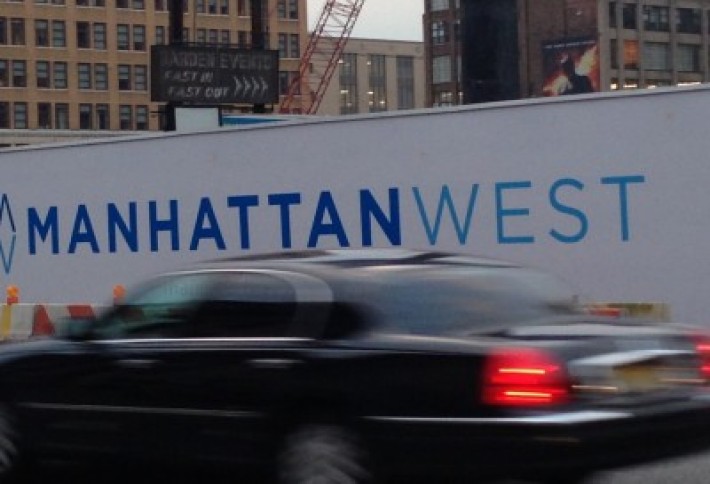 We snapped the sign atNinth and 33rdreferring to Brookfield'sfive acres, where shovels started turning in October to create5.4MSFby 2016:two 62-story, 2M SF office towers; a residential behemoth with900 apartments and condos; 40k SF ofretail; and 1.5 acres of public space, including a broadpedestrian walkwaydown the middle to be christened as a new 32nd Street.In January, Brookfield locked down a$340M loan(from Wells Fargo, Bank of NY, HSBC, US Bank, Toronto Dominion, and Scotia) to match its own $340M in equity, covering $285M to build the platform, existing investment, and land acquisition, bringing project fundingcurrent. 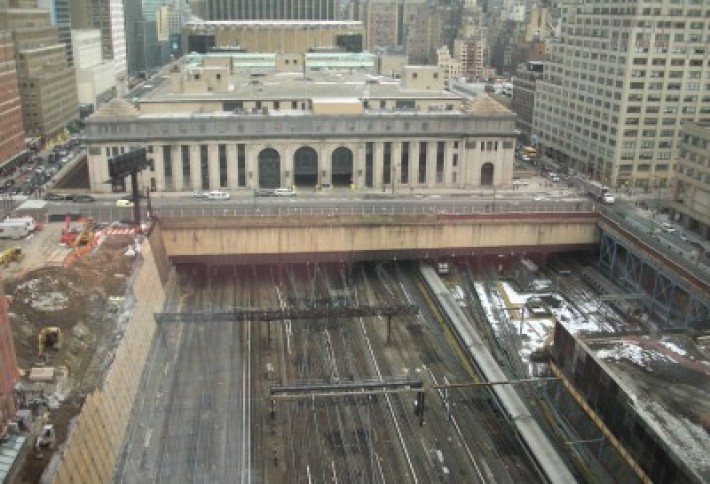 We snapped this of the site from 450 W 33rd (which Brookfield will be renovating). You've probably spent time down belowwithout knowing it: Those tracks are what you arrive on as Amtrak transports youinto the cityfrom Newark.With the foresight that developers dream of, Brookfield and its predecessorOlympia & Yorkacquired the property over20 years through daunting economic and regulatory challenges. The first phase over two years: laying a platform on terra firma across an existing trench. At the other end of the lot is theFarley Post Office,to be converted into Moynihan Station. 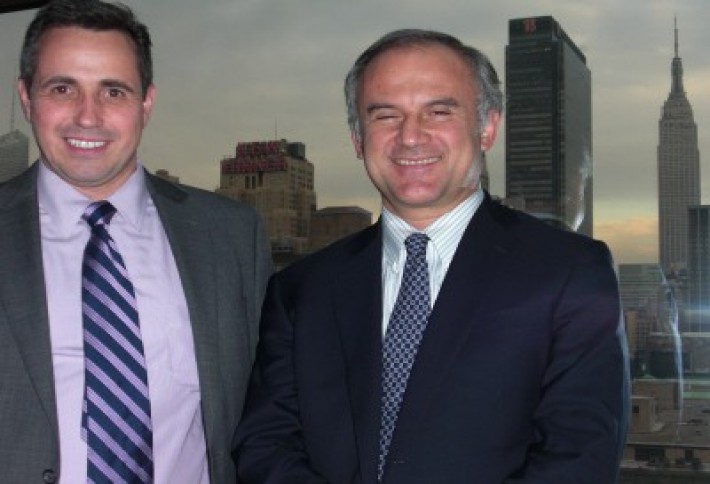 Brookfield development chiefPhil Wharton, right,and project construction directorHenry Casotell us the new towers will feature30k-45k SF floor plates, much larger than the Empire State Building's in the background. Phil arrived at Brookfieldrecentlywith decades of experience at Lincoln Property and AvalonBayin New York, and Henry was practically born into the development industry, coming from a family of architects. The district has beenup-zonedfrom industrial tohigh densitymixed-use and is the only place where Manhattan can grow today on a large scale. Turner is constructing the platform, but building contractorshaven't been chosenyetsince SOM is still designing. It's not too late to apply, but you should have experience with some pretty big projects. 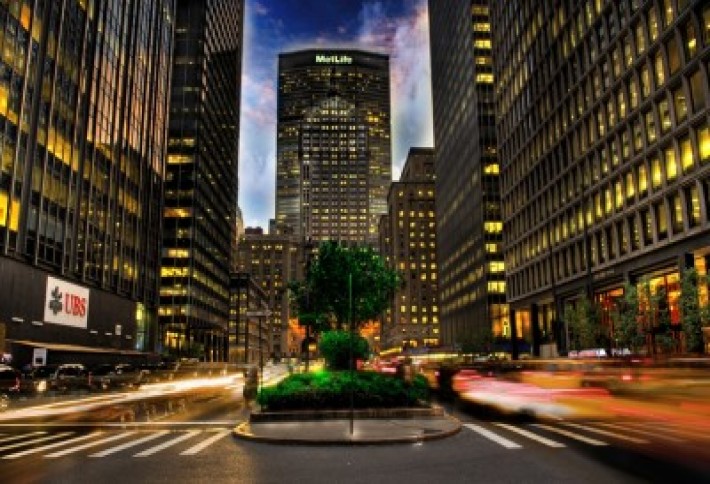 Phil and Henry remind us that the last big NY platform built over tracks was 100 years ago--becoming Park Avenuebetween 42nd and 57th Streets--and thatGrand Centralwas financed through air rights sold to building developers. They predict that as Park Avenue became a link among different parts of the city, so too will NoChe, creating an easy way to get from Midtown to the booming activity of Chelsea and Meatpacking via theHigh Lineat 34th. 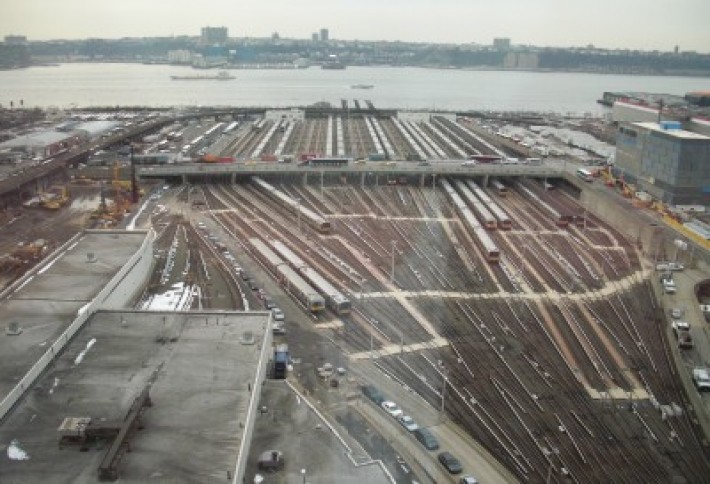 Related has 20 acres at Hudson Yards immediately to the west, where it will create an extensive platformat grade, requiring piers to be set among the tracks. The famous extension of the 7 line will open next year to the right, guaranteeing crowds. We'll be reporting more on this extraordinary development in coming weeks. 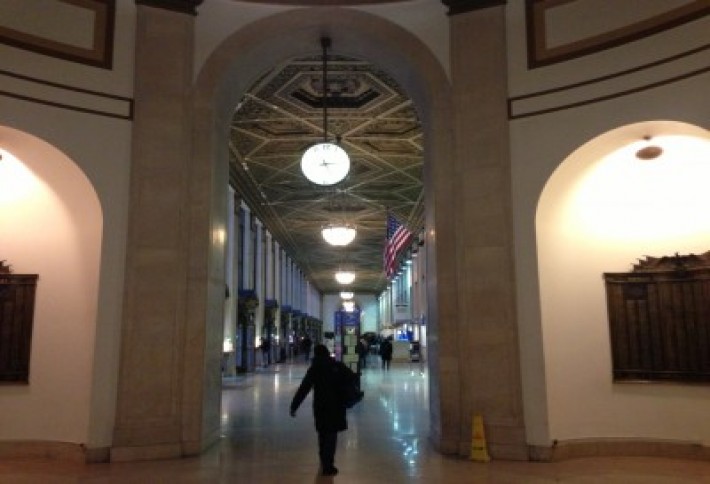 As for the expansion of Penn Station, the late SenatorPat Moynihanwill be remembered via the conversion and renaming of the Farley Post Office because he long argued that travelers deserved a grander place to arrive in Manhattan. 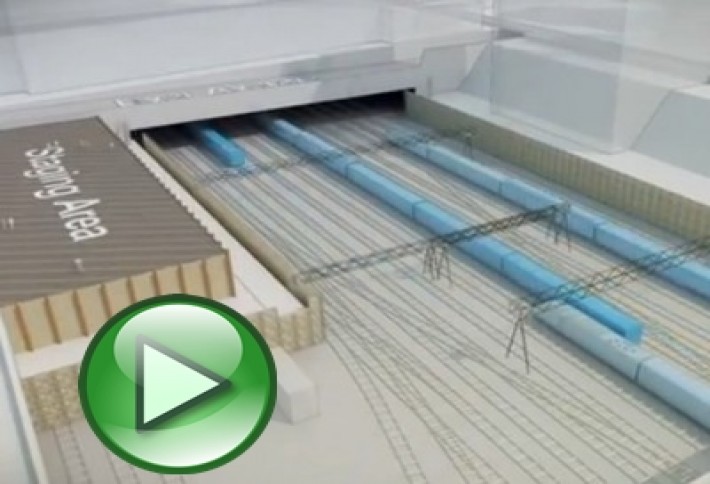 Still wondering how all this massive magic gets done in such a complicated space? Here's asnappythree-minute videoon the Brookfield workthat will make you very smart. And don't forget where you first heard the name NoChe.