Suddenly everyone's talking about 345 Adams St. It used to be a plain, gray brick building owned by the city. Here's how Muss Development transformed it. 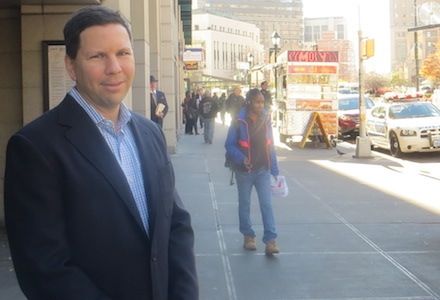 We walked the area, across from Columbus Park, with Jason Muss, who tells us the two-story condo interest his company bought in '08 and turned into thrumming retail is the hub between DUMBO, Brooklyn Heights, Fort Greene, MetroTech, Flatbush Avenue, and the brownstone areas southward. It's also the gateway to all the residential rising on Fulton Street, he says. 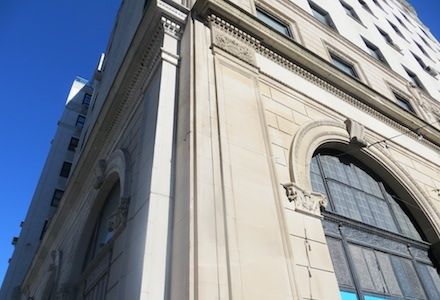 Jason tells us Muss took great pains to make the property fit its surroundings, including making molds of the arches and architectural details on the southern Fulton Street side (right) to re-create on the western Adams Street side (left). 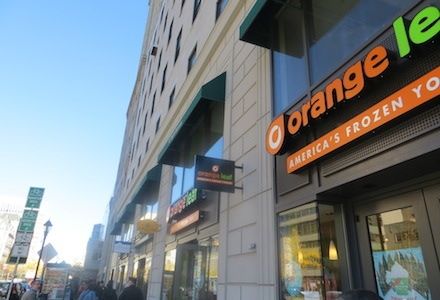 Also new to Adams Street are loads of retail stores (Muss installed separate electricity and water for each) from Panera to Potbelly, designed to draw you in and once you're there, to stay a while. Jason hears this Orange Leaf we snapped is the chain's best performer, and no wonder, he jokes, considering one needs two entrances' worth of willpower to walk past. 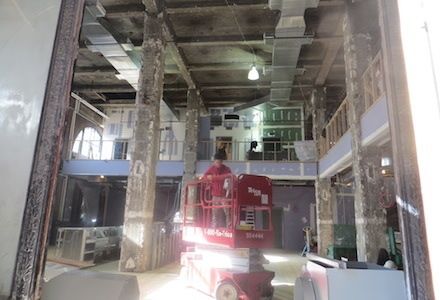 Hill Country's first Brooklyn outposts take up the southern end cap, with its quicker-service Hill Country Chicken on Adams Street and the full-tilt Hill Country Barbecue (which we snapped in the works) behind it, looking down the Fulton Street Mall. Both will open by the end of the year. And now that 345 Adams is full, Muss has leased 15k SF just north at 339 Adams (Morton's old digs) to the new-to-New York Rocco's Tacos from Florida, which will launch buildout in spring '14.