‘Could Have Been Worse’: Taking Stock Of New York's Investment Sales Market In 2018

In the final days of 2018, the city’s commercial real estate community is starting to assess how the market has performed, and what it means for the coming year. 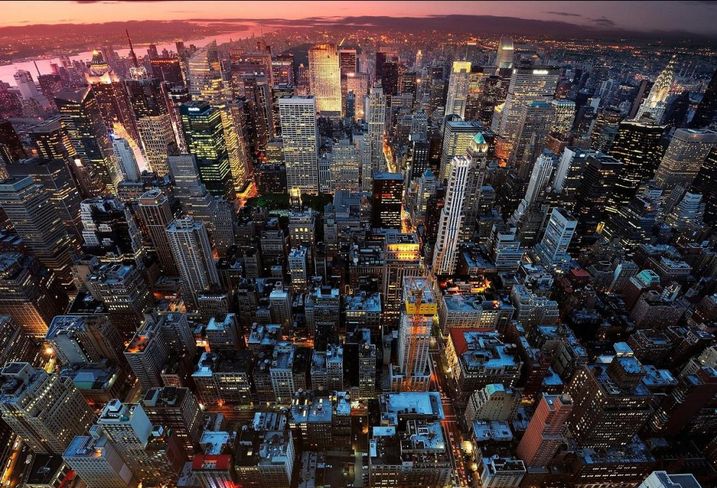 Flickr/Kooroshication
An aerial view of Manhattan.

Just over $30B worth of investment-grade commercial real estate will be sold in Manhattan by the time the year is out, according to Colliers International, though exact figures are still being finalized. While that figure represents an increase over 2017, it is down roughly 50% from sales volume during the market peak of 2015.

“That’s pretty sobering,” Colliers International Vice Chair Scott Latham said. “When the market was at its strongest and roughly 45% of the market activity in Manhattan was foreign, we had volume that was roughly twice what we will end at this year.”

While this year has been peppered with blockbuster investment sales — Google’s purchase of the Chelsea Market was the second-most expensive building sale in the history of the city — real estate players say a rising interest rate environment, retreating Chinese capital and cautious investors led to a muted dealmaking environment this year, all factors that will continue to impact the market into 2019.

“[We are now] moving into the 11th year of the recovery. You are going to see continued steady investment, more conservative capital influx from China, continued capital appreciation, albeit at a slower pace than in the past,” Latham said, adding there will likely be a lot of asset refinancing over the next few years. “Capital is moving into either alternative markets as they chase yield … A lot of capital is moving into the debt space in an effort to mitigate risk.”

Manhattan's total sales volume is $29.3B year-to-date, according to analysis of Real Capital Analytics data by Savills Studley. That’s compared to $23.9B for all of 2017, but it was still a drop from 2016. 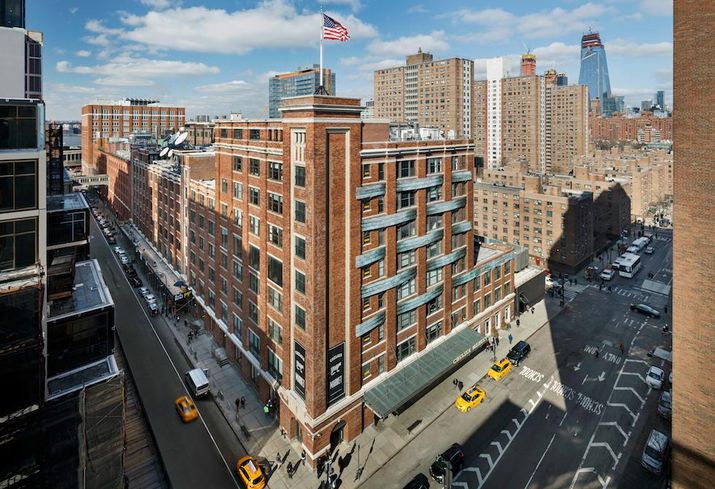 Courtesy of Jamestown
Google bought the Chelsea Market in Manhattan for a near-record $2.4B.

“The outlook for 2019 is likely at or below current year levels, though off the $40B, or greater, in transaction activity seen annually from 2013-2016,” Savills Studley Chief Economist Heidi Learner wrote in an email. “Dollar strength in an environment where the U.S. is still one of the few central banks hiking rates may limit the appetite of foreign investors, and in many major markets, rents appear to be topping out.”

Along with Google, major transactions this year included Maefield Development’s decision to spend $1.5B buying out its partners at 20 Times Square, Brookfield’s $1.3B all-cash purchase of a ground lease at 666 Fifth Ave. and Silverstein Properties’ acquisition of the ABC's Upper West Side headquarters for $1.2B.

“When you are asking people to pony up a lot of cash, they want to do it for something special, not something that is ho-hum … People are going to stretch with the amount of cash they put into a deal,” he said, adding that there is still “faith and confidence” in the office market, and that he expects retail assets to start picking up next year.

“I didn’t think it would be a great year [but] it could have been worse,” Weiser added, pointing to several major deals in recent weeks like Taconic and TH Real Estate’s $269M spend on 440 Ninth Ave. and SL Green’s purchase of a majority stake in 460 West 34th St. Chelsea’s Terminal Stores sold for $900M and several luxury rental buildings have sold this year. 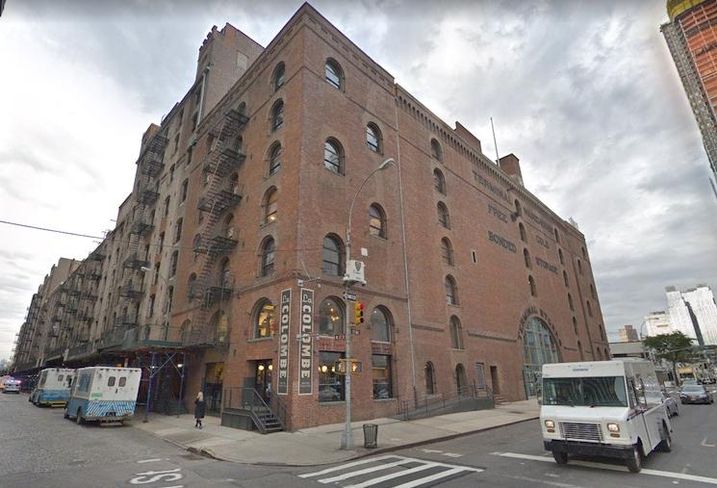 Others said the seemingly robust, stable economy bodes well, although last week’s yield curve inversion has raised questions about the likelihood of a recession in the United States.

“I don’t think we are going to set any record-high transaction levels in the next year, but the market is improving slightly,” Savills Studley Vice Chairman Woody Heller said. “The economy remains strong, fundamentals are OK, the introduction of Amazon is spectacular and is a tremendous boon for the multifamily market and eliminates the concerns that there will be an oversupply."

Still, some say government policies are causing unease both at a local and federal level. 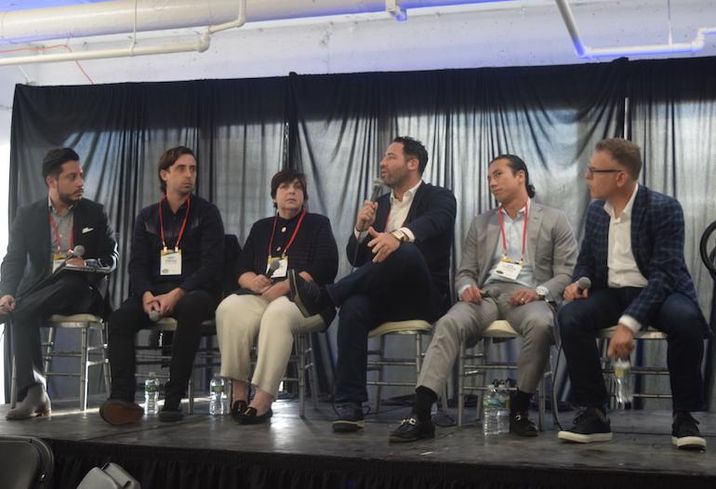 “Going into 2019, a lot of momentum we are going to lose, unfortunately, on multifamily, because of interest rates and, quite frankly, policies,” Brooklyn brokerage TerraCRG CEO Ofer Cohen said at Bisnow’s New York City State of the Market event last month. He agreed, however, that Amazon and the opportunity zones will offset any pullback.

Through the end of September, there were $5.7B worth of investment sales in Brooklyn, putting it on pace to surpass last year’s total by $1.3B, according to Ariel Property Advisors. 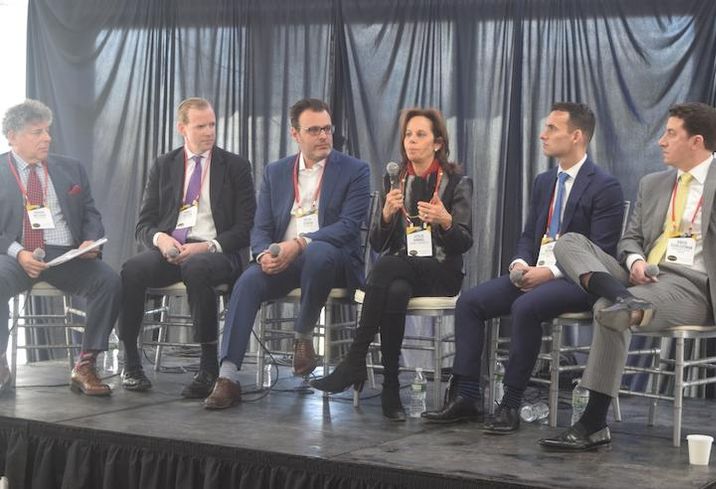 “From our perspective, next year is going to be just as good a volume as this year,” Cohen said.

But Meridian Investment Sales Senior Executive Managing Director David Schechtman said there are significant headwinds facing the multifamily market and that he is predicting a “selloff” next year — reminiscent of the last quarter of 2014.

The Amazon effect does not outweigh the fundamentals at play, he said.

“You have policies at the local and federal level that are decimating free trade … You have a city council that wants to impose commercial rent regulation … Our infrastructure sucks,” he said at the event. “Professional real estate owners have known for several years that their assets are worth less … Capitulation is finally taking hold.”