The $39B EOP Deal Should Have Killed Blackstone. Instead It Reaped A $7B Profit

The timing of Blackstone’s purchase of Equity Office Properties could hardly have been worse. On 9 February, 2007, it paid $39B for the listed company, using $32B of debt. Two days earlier, HSBC reported losses on a fund it managed that invested in subprime mortgages, and the phrase "credit crunch" started to enter the public consciousness. The financial crisis had just begun.

Blackstone’s purchase of EOP remains the biggest deal in real estate history, and the debt it raised is the biggest financing in history. Many deals struck with 83% leverage at the top of the market saw buyers lose control of their assets.

Deals of that magnitude have the potential to bring down a whole franchise, or see managers spend years recovering the trust of investors. Just ask Morgan Stanley or Goldman Sachs.

But last week, Blackstone completed a deal to sell the last of the 580 office buildings it acquired when it bought EOP. Rockpoint bought 100 Summer St. in Boston for about $800M. More than 12 years on, what could have been a poisoned chalice has instead seen Blackstone sell the portfolio for a combined $46B, according to The Wall Street Journal, a $7B profit, and triple the $3.5B equity the company originally put into the deal. 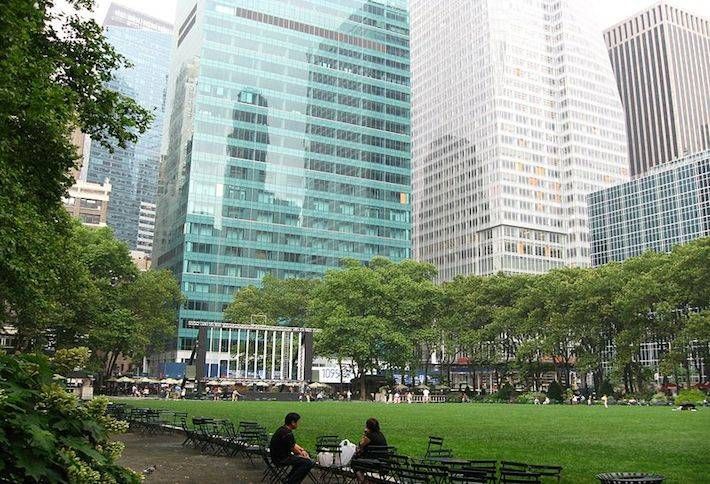 Alongside its investment in Hilton Hotels, also made with a ton of debt at the top of the market, that means Blackstone made a $21B profit on deals that could easily have caused it to make huge losses in its funds.

Bisnow took a deep dive into the remarkable EOP deal to find out how the company managed to turn an albatross into an investment which, in terms of the quantum of dollars in profit made, stands out as one of the most spectacular in real estate history. The lessons to be learned in today’s market relate to debt flexibility, patience, risk management and the power of good asset management.

To get to the roots of how Blackstone eventually made the EOP deal so profitable, you need to go back to the bidding war for the company, which was set up by Sam Zell in the 1970s.

Blackstone had taken private several large publically traded real estate companies in the early to mid-2000s, and was on the lookout for other deals where it felt the price of the shares was lower than the value of the assets in the private market.

It made an offer to buy EOP for $36B in 2006, but was ultimately dragged into a bidding war with Steve Roth’s Vornado, which saw the price rise to $39B.

Blackstone had always been planning to sell a significant chunk of EOP’s 106M SF of assets in order to pay down the debt being used to make the purchase. EOP gave it permission to start finding buyers for assets before the two parties had closed the deal. 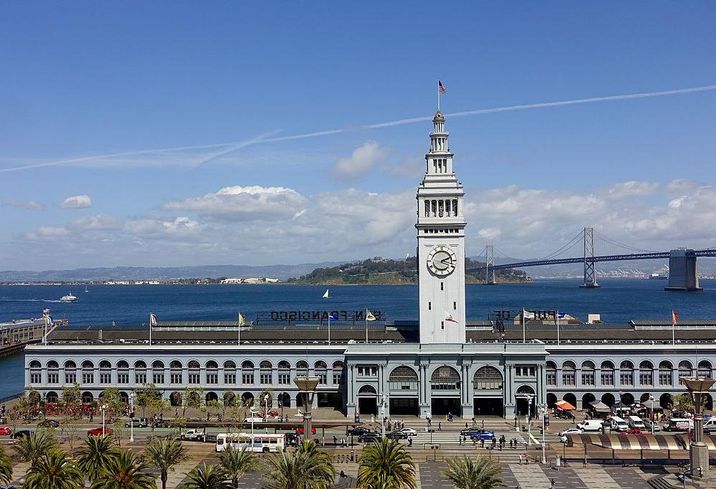 But because it was paying a higher price, it ramped up those sales significantly, to the point where, by the end of 2007, it had sold $27B of assets across the country to multiple buyers, equating to 70% of the portfolio.

"Setting aside whether or not a downturn was coming, we just knew that when you are doing a deal that is large, you should always look to structure it with an eye toward risk management," Blackstone Senior Managing Director Frank Cohen told Bisnow. He and Ken Caplan, now Blackstone co-head of real estate, led the deal for the company.

The selloff had two effects: it massively deleveraged the portfolio, reducing the debt pile from $32B to a mere $8.5B; and it also reduced the price per square foot at which it was buying the assets that it held onto, mitigating the effects of having to pay an increased price for the company.

Blackstone also sold portfolios of assets from San Francisco to Connecticut via Austin and Denver to a variety of public companies and private buyers. 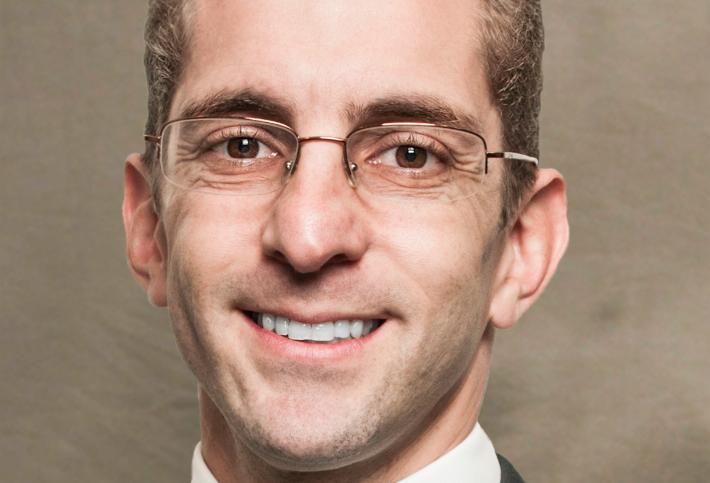 The assets it chose to sell and to keep weren't picked at random. The company deliberately kept hold of the assets it thought had the best chance of maintaining their value if asset prices in general fell, and also offered the best potential to improve value through leasing. When the first push of sales was completed, 70% of the remaining portfolio was in Northern California and Boston, with the 11M SF it owned in the latter making it the biggest office owner in the city. The remaining balance was majority located in Southern California and New York.

"One of the attractions of Equity Office was that the entire company consisted of great real estate in great markets," Caplan told Bisnow. "That said, there were certain assets in certain markets that we very deliberately held onto, where we thought WE had the best opportunities for additional value creation and growth."

Much is often made of the fact that Blackstone bought back about $1B of the debt used to fund the EOP purchase at a discount to its face value during restructuring negotiations with lenders. But more important in allowing the company to turn the deal around was the fact that the debt had virtually no covenants.

This meant that when the downturn hit, it had the ability to retain control of the portfolio rather than face pressure from lenders.

The fact that lenders like Bank of America, Goldman Sachs and Bear Stearns, since deceased, were willing to provide $32B of senior and junior debt plus a $3.5B equity bridge loan with few covenants boggles the mind today, and was very much a product of the heady financial markets of 2007.

But Blackstone stressed that using debt that gives it this operational flexibility remains very much part of its strategy today, even if it does not take such large loans at such high loan-to-value ratios.

The debt structure of the deal was a major contributing factor to another element of Blackstone’s success. Because it had paid down much of the debt held against the portfolio, when the downturn hit, the EOP portfolio was producing a positive cash flow. That allowed Blackstone to continue to invest in the assets to improve them, and lease them up throughout the downturn.

"We’ve always looked to maintain operational flexibility when we borrow, so that if you do hit trouble, you have the ability to continue running the business," Caplan said. "The capital structures for EOP and Hilton were really important, because throughout the downturn we had the ability to continue managing, reinvesting and improving the assets." 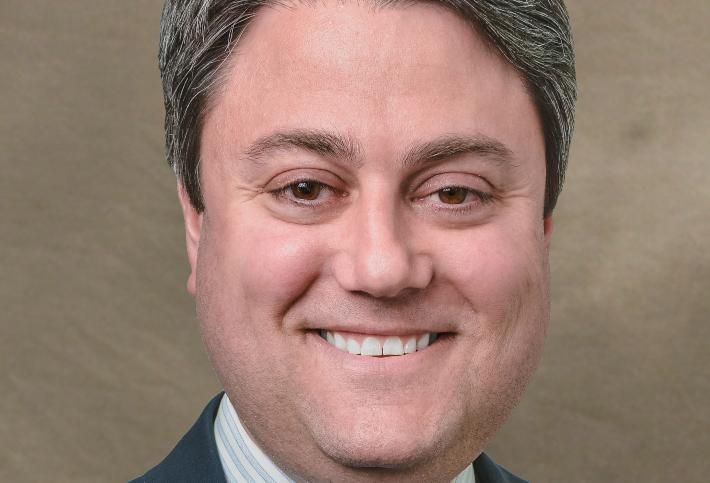 EOP had owned some of the assets for more than 30 years, and some had not been refurbished that whole time, leaving plenty of room for improvement.

This asset management ranged from the usual refurbishments and redevelopments, to stripping 3 Bryant Park in Midtown Manhattan back to its steel frame and building essentially a new office building.

After that first flush of sales, between 2008 and 2013 Blackstone essentially turned off the tap, selling few assets while the market crashed, then recovered, and it undertook its asset management and leasing activities. When disposals did recommence, it was a case of patiently selling down assets as business plans were completed and buyers willing to pay the right price could be found.

In one case, REIT Hudson Pacific bought $3.5B of San Francisco and Silicon Valley assets bought from EOP using some cash, but also giving Blackstone stock in the newly enlarged listed company. Blackstone had chosen to take shares in the company as a form of payment because it believed in its long-term value, the officials said. 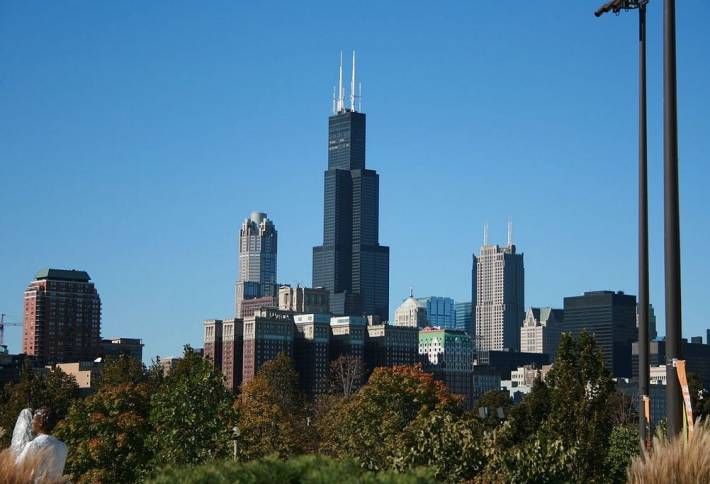 By Cody Hough (Own work) via Wikimedia Commons

Told with the benefit of hindsight, it looks like in spite of the timing of the deal and the severity of the credit crunch, EOP was always going to turn out alright in the end. That isn't the case. At one point, Blackstone wrote down the value of the investment to 70 cents on the dollar. How does that feel, especially when the firm had a previously unblemished track record?

"It doesn’t feel good when you’re writing down the value of assets," Caplan said. "And we wrote down Hilton even further. That was a bigger equity cheque, and we wrote that down to 30 cents on the dollar. But we explained what we were doing to our investors, that we were working through the investments and creating value patiently. And our investors appreciated that and knew we were all over it."

The sale of 100 Summer St. marks the end of an era in terms of Blackstone’s ownership of EOP’s assets. But the influence of the deal lives on in the company, and not only in its attitude to capital structures and portfolio management.

While EOP’s assets have been sold, the management team, now led by chief executive Lisa Picard, has been retained, in the form of an office management company that was relaunched and rebranded as EQ Office. It now manages properties such as Willis Tower in Chicago. And in this sense, the EOP deal foreshadowed the kind of company Blackstone has become after the financial crisis.

Rather than buy companies and break them up, today Blackstone’s strategy is to build up companies and platforms with dedicated management teams in specific sectors and then sell them on or float them as listed companies. Examples include Indcor and Logicor in U.S. and European logistics, Invitation Homes in U.S. single-family housing, and Mileway in European last-mile logistics, which it launched just last month.

"Our dedicated platforms and management teams in specific asset classes have been a powerful tool for creating value, and we learned how to build and manage them through deals like EOP," Cohen said. "It was when we first started doing this."

"We’re a high conviction investor," Caplan added, "so whether it’s investing in public companies or private portfolios, we invest in areas where we have the highest conviction and where we see the strongest trends and fundamentals, supply and demand dynamics, and where we think we can grow companies and create platforms in different sectors and parts of the world."

It is a strategy that is mirrored across real estate, from fellow private equity firms, to REITs, to sovereign wealth funds. EOPs assets are now scattered to the winds, and its influence has spread far and wide too.