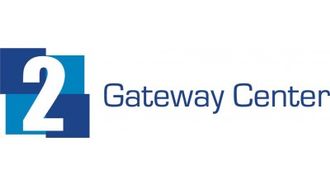 Why Newark’s Amazon HQ2 Finalist Spot Was No Surprise

When Amazon announced the finalists for its HQ2, Newark, New Jersey, was among the chosen few. The New York City neighbor stood out for its growing reputation as a tech hub, offering proximity to major markets, available transportation and strong digital infrastructure.

Amazon is not the only company looking across the Hudson River for its next office. Newark’s growing central business district has already attracted notable companies, like the Amazon-owned audiobook company Audible.

The rise of forward-thinking commercial buildings like 2 Gateway Center have helped fuel Newark’s business boom, drawing a wide variety of businesses to the area. In December, Broadridge Financial Solutions, a company that provides technical services to financial institutions, moved to 2 Gateway with its 1,000 employees from Jersey City.

Access to reliable connectivity infrastructure has played an increasingly important role in the decision-making process for any company scouting new office locations. Over 91% of leasing decision makers said that a lack of reliable internet connectivity would affect their rental decision, according to a survey from WiredScore.

2 Gateway was the first building in New Jersey to be named Wired Certified Platinum by WiredScore, indicating the highest rating for a building’s internet connectivity and technological infrastructure. The building takes advantage of Newark’s fiber optic “spine,” a dense network of cables running from Newark along the East Coast. This network allows companies to benefit from some of the fastest internet speeds in the country at a competitive price point.

The abundance of fiber optic infrastructure led to the development of Newark Fiber, a program offering the highest-speed fiber for Newark buildings at the lowest cost in the region for comparable connections. 2 Gateway was the first building to tap into this network, enabling owner C&K Properties to offer its tenants connection speeds up to 10 gigabits per second.

Newark saw more than 725K SF in leasing activity last year, but there is still enough space to go around. 2 Gateway Center has over 290K SF that can be made available. Leasing velocity has doubled in Newark year over year, and commercial space rents at a fraction of the cost of NYC commercial space.

Under the Economic Opportunity Act of 2013, the state of New Jersey offers numerous tax incentives and business grants designed to attract and retain jobs. 2 Gateway created an Incentives Concierge to guide prospective tenants through the process of applying for the program and launched an app to calculate businesses’ potential benefits under the program. GrowNJ tax incentives have also proven to be a valuable tenant attraction tool, offering financing options and incentives that can be used for office leasing transactions.

To attract Amazon HQ2 to Newark, the state of New Jersey backed Newark’s bid over other cities in the state and came to the table with $7B in tax incentives, with $5B coming from the state and $2B in local property and wage tax deductions.

Amazon plans to bring 50,000 jobs to whichever area it chooses, making transportation an important box to check on the HQ2 bucket list.

A number of commercial developments have cropped up in Newark steps from transit lines. A 2 Gateway worker can make the trip from Manhattan to Newark Penn Station in 20 minutes. From the station, 2 Gateway is accessible via a connected pedestrian pathway.

Newark’s transportation infrastructure allows employees to choose between living in a city or commuting from the suburbs, without sacrificing travel time. Newark Penn Station, the state’s largest transportation hub, is connected to New York City via NJ TRANSIT or PATH and links to the Northeast corridor Amtrak line. Frequent flyers can also reach Newark Liberty International Airport via a train that arrives at Newark Penn Station every 15 minutes, seven days a week.

Amazon HQ2 appeals to cities because of the number of jobs it could generate in each area. Newark is well-supplied with educated talent from several higher education institutions. This includes Rutgers University, which has a graduate business school and is currently undergoing an upgrade to its on-campus living options and classroom facilities.

The city is also home to specialized, technology-focused institutions such as the Newark College of Engineering and New Jersey Institute of Technology, giving Amazon a pool of specialized potential candidates who could meet more tech-oriented job requirements.

2 Gateway’s concourse is home to a variety of public spaces, including the Gateway Project, a gallery with regular installations from local artists. Workers and pedestrians might also catch a live taping at NJTV’s studio, or the sounds of a Wednesday WBGO jazz concert.

The center’s commitment to engaging with local artistic communities reflects Newark’s diverse culture. From the Newark Museum and the New Jersey Performing Arts Center to the Prudential Center — home to the New Jersey Devils  — Newark and 2 Gateway are at the center of an area often referred to as the Billion Dollar Triangle, Newark’s art, culture and entertainment hub.

Commercial buildings like 2 Gateway are highlighting how attractive Newark has become for businesses both inside the office and out. Whether or not Amazon chooses the city for its next HQ, Newark’s future as a tech hub has already arrived.