Traditional lenders have shied away from multifamily recently, wary of overleveraging themselves when the pipeline is massive. But these investors still need places to park their money, and multifamily still looks like the best real estate asset class to do it. 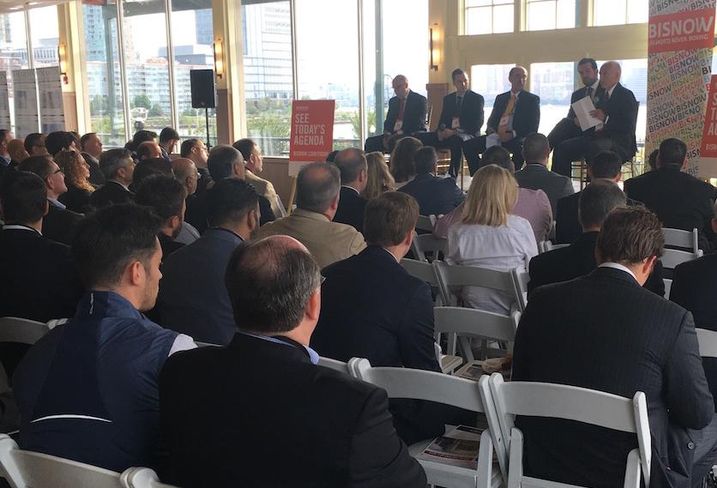 "Institutional investors are more on the sidelines than they've been," CBRE's Jeff Dunne, center, said at Bisnow's recent New Jersey multifamily event. "Retail has a lot of risk, none of them are big fans of suburban offices, they all like warehouses, but the deals aren't big enough. So I think they will come back more and more to apartments because they have performed well."

Part of that performance is because demand has kept up with healthy supply, but along New Jersey's Gold Coast, in Bergen and Hudson counties, the supply is about to be put on steroids. Jeff says 5,800 units were built in 2014 and 2015, and 10,200 units will be delivered by the end of 2017, a 76% increase.

"It’s likely there will be some pressure on rents," Jeff said. "I believe you will see it go back in equilibrium because the pipeline will thin out a little bit."

"All-in-all, there is so much more demand in the markets we’re developing in," he said. "So if you can tell the story the right way, you should still succeed in being able to raise equity and debt and develop in core markets."

The event was held just a week after the bombings in New York City and New Jersey, and, in the current political climate, it's hard to say what will happen a month from now.

"Whoever gets elected in the national election," Jonathan said, "we’re hoping it gets a lot more boring after the second week of November, because we all want it to get back to normal as opposed to craziness." 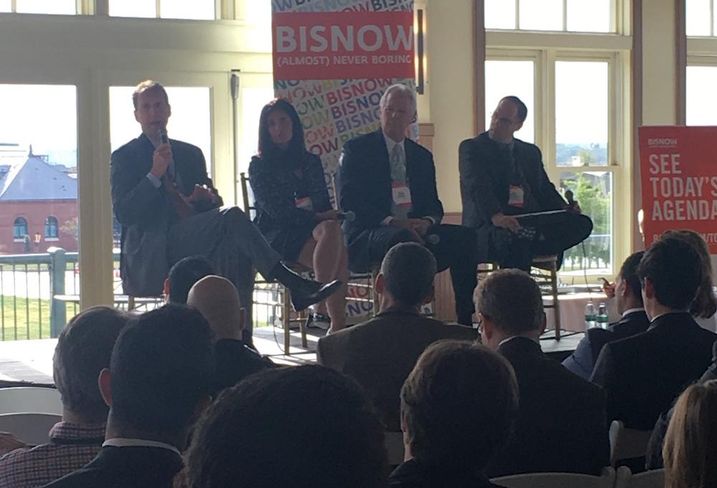 Although investing will come back to normalcy at some point, it's clear that developing multifamily will never be the same. Millennials remained a focal point of discussion in our design panel—consisting of Woodmont Properties CEO Eric Witmondt, The Marketing Directors president Jackie Urgo, Lessar Design principal Jerry Simon and Martin Architectural Group principal Dan McCauley—but we're more fascinated by how designers are incorporating Baby Boomers into their projects.

Jackie is marketing The Modern in Fort Lee, a property with an older demographic because it's not wholly transit-oriented, featuring 73k SF of amenities for 445 apartments. Millennials are not entirely to blame for the amenity arms race; Boomers like cool fitness centers, pools and pet spas, too.

One thing Boomers don't like is a car-free lifestyle.

"We do not see the Baby Boomers reducing their cars," Eric said. "They’re used to their car, both husband and wife want their car. Although they’re using mass transit together when they go to a destination, they’re not mass-transit oriented."