Commercial real estate data firm Reonomy has named a new CEO as its co-founder, Richard Sarkis, looks to hand off some of the day-to-day operations of the company. 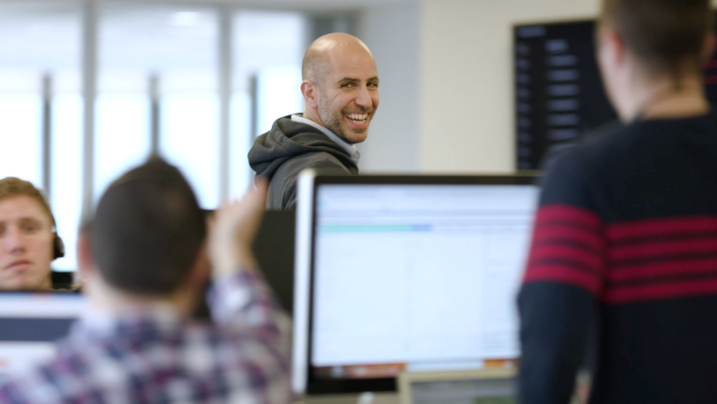 Sarkis announced in a LinkedIn post Tuesday that Reonomy named Bill Okun as its CEO, and that he would move to a new full-time role of executive chairman. The Real Deal first reported the move.

In an interview with Bisnow Friday, Sarkis said the move does not mean he will spend any less time working at Reonomy. He said it will give him the opportunity to focus more on the company's clients, partner relationships and other external communications, while Okun can manage the company's internal operations.

"It's been increasingly difficult for me to juggle being the outward-facing CEO, dealing with our largest clients ... plus running the day-to-day operations of the company," Sarkis told Bisnow. "It's one thing when you're 30 people, but when you scale rapidly beyond that, I did not have a great partner or a No. 2, if you will, to take that load off my plate."

Okun previously served as president and chief revenue officer at McGraw Hill from 2016 to 2019. Prior to that he worked as chief commercial officer for CEB, president for Relationship Science, and executive vice president at S&P Global Market Intelligence. He joined Reonomy's board in 2018.

At a board dinner late last year, Sarkis brought Okun aside and presented him with an opportunity.

"I did a little sidebar and said, 'Hey Bill, why don't you join me at Reonomy and let's build this thing together," Sarkis said. "He hemmed and hawed. A guy like him has got a lot of opportunities presented to him. He's had an illustrious and successful career."

Okun decided to join Reonomy full time, starting early this year as executive vice president. Sarkis said he initially wanted Okun to focus on the enterprise part of the business, but as time went on, he decided to give him an even larger role.

"As the weeks became months, I ended up giving him more responsibility, taking on more parts of the business to the point where I felt comfortable having him become the CEO," Sarkis said.

New York-based Reonomy, founded in 2013 by Sarkis and Charlie Oshman, now has 150 employees. The company raised $60M in Series D funding in November, and in February it announced the opening of a new office in Los Angeles.

The coronavirus pandemic and economic crisis have affected every part of the industry, and Sarkis said he has worked with Reonomy's clients to find ways to help them through their financial challenges. But he said the coronavirus has not changed Reonomy's growth strategy. He said the company's balance sheet remains strong following its recent funding round, and he plans to put that money into research and development.

"We're still full steam ahead with regard to the investments we're making this year," Sarkis said. "We're doubling down and tripling down on R&D, and we're unwavering on that. In an ironic way, the pandemic and the recession hasn't impacted our plan and our projection in terms of what we want to do and where we want to spend the money."