Several former Ten-X executives have banded together to launch a competing online marketplace for small-to-midsize deals. 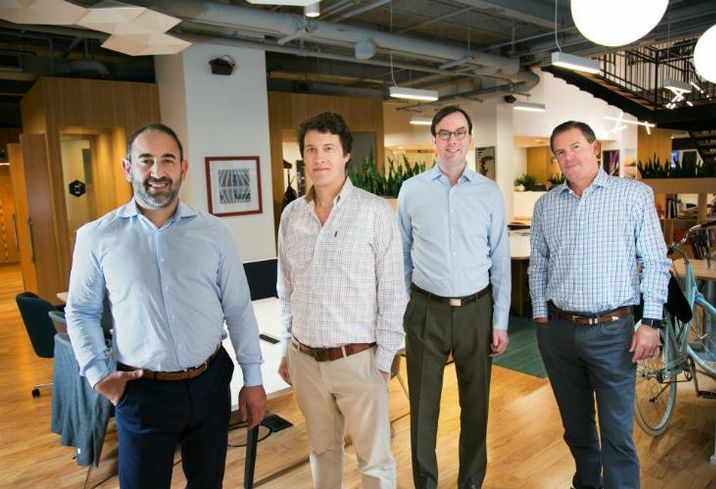 “Three of the four founders were part of the managing team of a very large online marketplace. We have essentially taken what we’ve learned there to create Biproxi and we’re starting with a free commercial real estate listing service, which really doesn’t exist today,” Smith told Bisnow. Smith, Khamish and Miholland were former executives at competing online marketplace Ten-X.

Ten-X and Biproxi are among only a few marketplaces that allow users to list and market properties, as well as close sales and lease deals online. The Biproxi platform targets middle-market brokerages that do not have access to large marketing budgets or in-house marketing services.

The online marketplace lists properties for sale for $25M and under, and available leases typically no larger than 50K SF.

Biproxi’s assortment of services includes property photos, aerial videos and virtual interior and exterior staging. In addition, the platform gives users real-time insights into the brokers, investors and tenants that have viewed their offerings or downloaded due diligence materials.

“There are a lot of buyers out there that a typical middle market broker doesn't know — there are a lot of guys out of state or internationally that may be interested. The ability for a local investment broker to go to Biproxi and find hundreds and thousands of new potential buyers across the country … is going to be something to help them grow their business quite dramatically,” Miholland said. 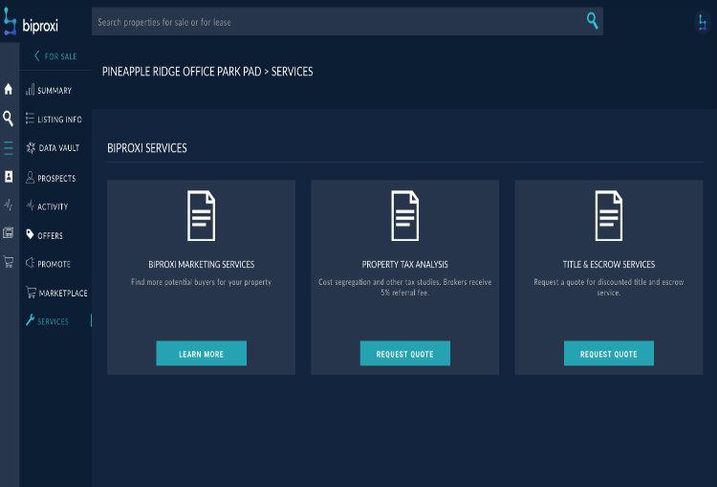 Colliers International Senior Vice President and East Region Multifamily Advisory Group Principal Will Mathews, who represents apartment sellers across the Eastern Seaboard, said having access to a one-stop shop like Biproxi and its national MLS will dramatically increase his team’s exposure and reach.

“What we’ve been experiencing is trading has continued to evolve. What we want to do is deliver a higher-quality product and service. Biproxi reminds me of a Bloomberg portal — it is a one-stop shop for buyers, sellers and brokers and can really expedite the process,” Mathews said. “When you cover as many markets and interact with as many clients as we do, it’s really helpful to be efficient and effective.”

Though real estate professionals on the hunt for lease availabilities and assets up for sale have a wealth of options to choose from, including LoopNet, CityFeet, Ten-X and CREXi, much of that data is often fragmented and cannot be accessed from one centralized location.

Biproxi aims to change that.

“Biproxi is the only other alternative for an agent if they wanted to market and close online, and in addition, [we’re] the only free CRE listing service in the U.S. that’s national — there’s plenty of regional MLS and plenty of subscription models like LoopNet,” Smith said. “Those would be the two differentiators.”

The firm secured seed funding to launch in October from an assortment of private equity and real estate investors, and plans to consider a next capital raise in the coming six-to-nine months.