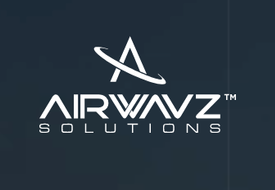 Building Owners Want 5G. Will Wireless Carriers Pay For It?

Every so often, building owners and managers can expect to receive a fishy email, but these emails don’t come from a “Nigerian prince” anymore. Instead, they come from a salesperson promising to install a multimillion-dollar, 5G-ready in-building wireless system free of charge.

“It's the proverbial free lunch,” Airwavz Solutions President Mark Horinko said. "If they want 5G and the many benefits of the Internet of Things, including applications that will generate revenue and reduce expenses, building owners will have to invest a little to gain a lot."

5G cellular networks promise to give users more consistent coverage and blazing download speeds — but only so long as they are on the carriers' outdoor network. Buildings, especially new buildings designed with energy efficiency in mind, block that outdoor signal from reaching the occupants inside.

To bring cell reception back and prepare their buildings for the 5G revolution, owners need an in-building wireless solution such as a Distributed Antenna System: a tree of fiber and nodes that spreads a cellular signal throughout a building and provides high-performing wireless service indoors.

Depending on a building's size and its market, a DAS can cost hundreds of thousands or even millions of dollars. An in-building wireless system is not an investment that a building owner can make lightly, so owners have long sought out ways to pass along some or all of the costs of the network to cellular carriers or service providers.

The expectation of free in-building wireless is not entirely unfounded. A few years ago, carriers like Verizon and AT&T were often willing to fund a building’s entire project. But as the economics of these deals become untenable and 5G deployment gets closer to reality, carriers are rethinking this practice.

“The price tag for doing in-building systems is high, and if you multiply the price times the number of buildings, it just becomes unsustainable,” Verizon Executive Director of Network Frank Cairon said on a CoreNet Global panel in January. “Are wireless carriers going to deploy some in-building systems, as they have been doing up to now? Yes, but it will be a very limited amount of them. It might be Grand Central Station, or an NFL stadium, key buildings like that.”

For most facilities, carriers simply won’t pay for an in-building network. So the model for in-building wireless now typically involves the building owner bearing the full cost, or developing a mutual partnership with carriers and a service provider like Airwavz that designs, develops and operates the in-building network, defraying the capital expenditure.

And yet, the myth of free in-building wireless persists.

“These salespeople typically try to seduce building owners,” Horinko said. “They ask them to relinquish the rights to their in-building networks for years to come by promising free equipment, carrier connections and even revenue-sharing opportunities.”

With carriers unwilling to pony up for the cost of an in-building network, though, nothing ends up happening. Building owners can wait for years under the impression that they have a 5G network coming, only to find themselves with nothing to show for it.

Meanwhile, a building’s competition could have implemented an in-building wireless network, seen an increase in tenant recruitment and retention and even raised rents thanks to the added value of the in-building system.

“An arrangement with Airwavz makes certain that neither the building owners nor the carriers has to cut a massive check," Horinko said. "Airwavz takes care of that part and makes it attractive to all parties."

With fiber-based wireless infrastructure providing the backbone for 5G wireless networks in smart buildings, Horinko is optimistic about the future of 5G and in-building wireless. He believes making an equitable infrastructure program for carriers, owners and service providers is the right way forward.

“You won’t hear us promise anything for free, whether to CRE ownership or cellular carriers,” Horinko said. “But we will promise that when every party — and that includes Airwavz — has financial skin in the in-building wireless game, then everybody wins.”

This feature was produced by Bisnow Branded Content in collaboration with Airwavz Solutions. Bisnow news staff was not involved in the production of this content.