The scientific consensus is that climate change will be the defining global problem of the 21st century. Because buildings play such a large part in greenhouse gas emissions, what the commercial real estate industry does to help solve the problem — or is forced to do — will be critical. 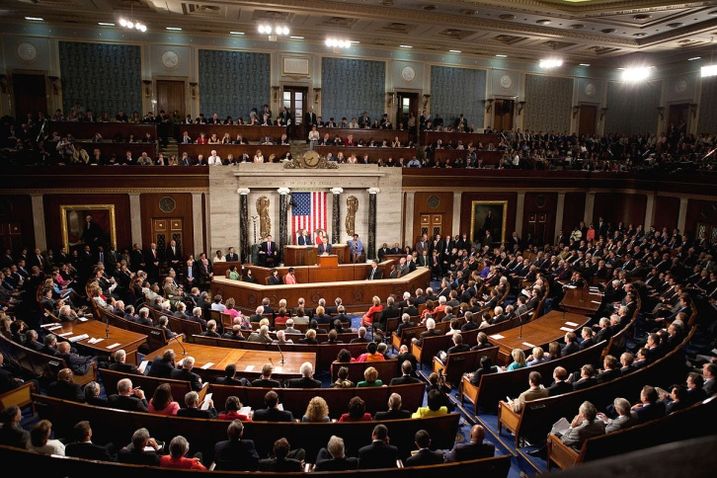 Earlier this year, Bisnow rattled a few cages with an article that published more than 50 ideas about how to deal with the affordable housing crisis. Though we didn't endorse any of the ideas, we heard from several groups that expressed displeasure that they were even published.

Nevertheless, for an issue as critical as the Earth's changing climate, we are taking a similar approach: dig through the great mass of plans, hopes and dreams of government entities, the commercial real estate industry, nonprofits, think tanks and others to show the scale of what is being attempted or considered in mitigation and building and infrastructure resiliency.

Some ideas are better than others, but in any case, inclusion on the list is not an endorsement by Bisnow.

Most of the rules that govern buildings and city zoning are, by necessity, local. Even so, the federal government has a role to play in legislating the built environment. Here are some of the ideas proposed by federal lawmakers and government agencies.

Enact a national carbon tax. A carbon tax would put a price on greenhouse gas emissions, encouraging individuals and businesses — including construction and development businesses — to produce less of them, and penalizing them for higher emissions.

Pass the Home Energy Savings Act — recently introduced by members of both parties in both chambers of Congress — to expand home energy tax credits and increase tax incentives for homeowners looking to make efficiency-oriented upgrades. The energy efficiency tax credit expired at the end of 2017, which the Home Energy Savings Act would reinstate and extend through 2026.

Extend the U.S. production tax credit, which provides operators with a tax credit per kilowatt hour of renewable electricity generation for the first 10 years a wind facility is in operation, to encourage the building of more wind facilities. It will expire at the end of this year.

Take other legislative steps to shift tax breaks from fossil fuels to clean energy development, including energy efficiency in buildings.

Raise spending on resilient infrastructure. One recent example is funding for a barrier — flood walls, highway floodgates, seawall upgrades and other infrastructure — that will help protect the Texas coastline from future flooding. Similar seawalls have been proposed in New York City and Boston.

Pass the Energy Savings Through Public-Private Partnerships Act of 2019, which allows PPPs to make energy efficiency upgrades to federal buildings. In return, they receive a portion of the money saved as a result of the increased efficiency.

Global warming might be a global problem, but that doesn't mean that states, cities and even smaller entities can't do their part. 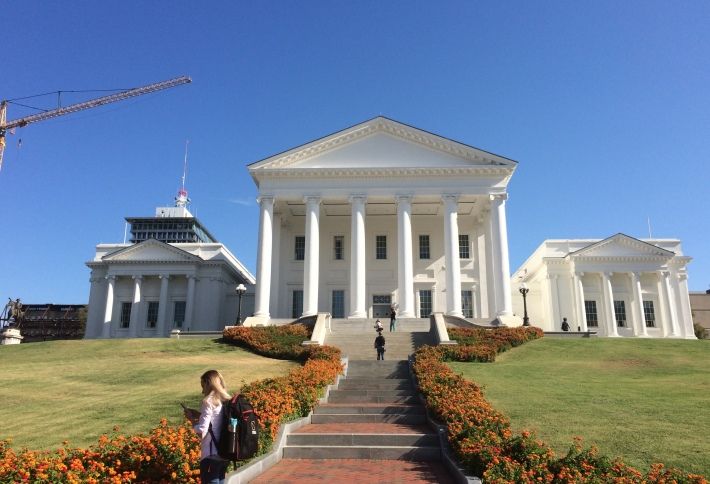 All states can pass clean energy legislation or at least state clean energy goals through executive orders. Buildings have a major part to play in achieving these goals, especially though benchmarking and transparency in their energy use.

Absent federal action, state and local governments can move forward with Green New Deal policies, including those that mitigate building roles in carbon emission. Several states and cities have already introduced their own versions of a Green New Deal.

Adopt stretch codes, which are locally mandated rules that are more aggressive than base code, resulting in buildings that achieve higher energy savings, according to the New Buildings Institute. When base codes are not keeping up with advances in technology, stretch codes provide an opportunity to train the building and development communities in advanced practices before the underlying energy code is improved.

Increase the use of environmental impact bonds — an extension of the green bonds market — to fund sustainable infrastructure for climate adaptation or mitigation projects. One recent example is a $25M bond issued by the municipal water board in Washington, D.C., which used the proceeds to fund the construction of green infrastructure involving stormwater runoff.

Expand Property Assessed Clean Energy financing. PACE programs are designed to help defray the cost of energy improvements. In states where PACE legislation exists, property owners can receive a loan for energy-efficient upgrades if they agree to a special assessment on their property tax bill, which is then used to repay that loan.

Create a system of development incentives for greener buildings. Seattle recently launched the 2030 Challenge Pilot Program that will offer incentives to owners of existing buildings that take steps to make their structures more carbon neutral. Under the program, building owners are given two additional floors in exchange for projects meeting the program’s performance goals, including a 70% reduction in energy use.

Adopt flood resiliency design guidelines, especially in places near the ocean, as are in the works in Boston. Their goal is to retrofit existing structures for storm resiliency.

Develop and approve more projects to relocate towns and other populations away from rising oceans, as in Louisiana, which acquired land to relocate residents of Isle de Jean Charles, whose strip of land will eventually sink into the Gulf of Mexico.

More initiatives to wean buildings away from fossil fuel for heat. The California Public Utilities Commission is developing new programs that will help move new and existing buildings away from the use of natural gas, and toward the employment of heat pumps, solar thermal heating and energy storage.

Encourage or mandate elements of green city infrastructure, such as green roofs, permeable pavements and green streets. The more vegetation in street design, the better, especially tree canopies that cool the environment, filter the air and provide carbon sequestration.

Make bicycling easier in major cities and suburbs via safe bicycle infrastructure that encourages all residents to ride their bikes — an emission-free mode of transportation.

Likewise, make pedestrian infrastructure better, not only in cities, but in suburbs where it has long been substandard. 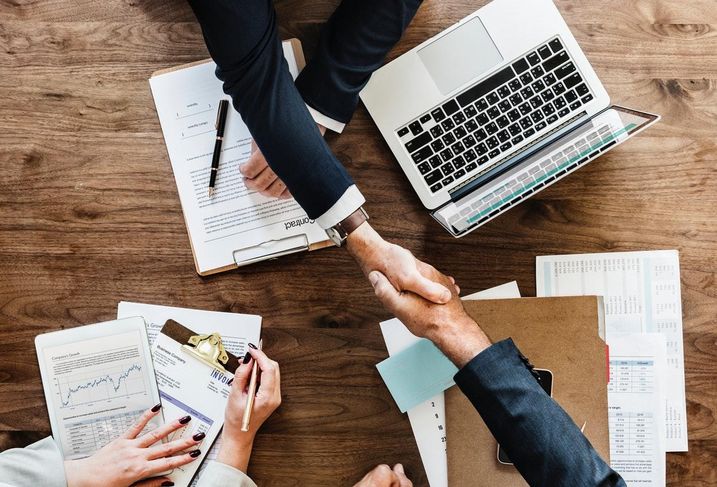 Install more solar panels on commercial buildings, especially since the cost of solar installation has dropped precipitously in the last decade. For example, WashREIT, Brookfield Properties and Oxford Properties are participating in a solar installation initiative with New Partners Community Solar, a nonprofit created by Nixon Peabody in D.C.

Expand the issuance of green bonds. Over the last year or so, U.S.-based REITs have issued more than $3B in sustainability labeled corporate debt, which provides funding for greener development, and investors seem more interested than ever.

For developers, reject planned obsolescence in buildings and devise designs made to last, especially in the choice of construction materials.

Major investors in real estate can raise their allocations devoted to sustainable properties.

Assess the potential impacts of climate change on the long-term viability of real estate assets, and invest accordingly. The more demand there is for resilient real estate, there more of it there will be.

Architects can sign the AIA 2030 Commitment. By prioritizing energy performance as part of the commitment, participating firms can more easily work toward carbon neutral buildings, developments and major renovations by 2030.

Prepare for more persistent flooding, even in communities not on the ocean. Small things, such as installing and checking backflow valves in sewer lines to prevent sewage and stormwater from backing up into drains, can prevent costly cleanup. Buildings can also be "wet-flood-proofed," meaning space is designed to tolerate short-term submersion.

Participate in more contests like Resilient by Design, which solicits design ideas to deal with the challenges of climate change.

Accelerate the adoption of LED lighting in places where it is appropriate — which is most places. The Environmental Protection Agency reported that in examining 11 common lighting applications, LED products in 2016 delivered 469 trillion British thermal units in energy savings. Savings could have been nearly 10 times if all applications had been completely switched to top-tier LED technologies during that year.

Take fuller advantage of a building's position. That is, design buildings to work with the sun and wind patterns rather than against them, so buildings stay warm in the winter without overheating in the summer. Energy-efficient designs purposely incorporate natural climate features.

In construction projects, use a fleet fueling service, so trucks never have to leave the work site to get fuel.

Build most buildings (and eventually skyscrapers) with wood. Using cross-laminated timber and other wood technologies allows developers to "grow" future cities with a resource that sequesters carbon.

Phase out golf courses. In the U.S. alone, golf courses take up as much space as the state of Delaware, and to keep them green, each one uses up to a million gallons of water per day, which represents a massive use of energy and natural resources.

Phase out zoning that mandates or encourages single-family housing development, which encourages energy use. Late last year, the Minneapolis City Council did exactly that when it voted to end single-family zoning citywide.

Ban single-family zoning on a state level. Oregon became the first state to (essentially) do so in the summer of 2019.

Phase out zoning in all major cities, taking the approach that Houston does (which has land-use rules, but no zoning). The market would then tend toward denser uses, which would save energy.

End direct road subsidies, and fund them through user fees. If the U.S. priced the use of its roads to recover even the cost of maintenance, driving would be more expensive, and people would drive less, and use greener forms of transportation.

Charge a fee for all parking, everywhere. In his planning tome The Hidden Cost of Free Parking, UCLA professor Donald Shoup argues that free parking has contributed to many urban ills, including extravagant energy use, a main contributor to climate change.