What The Green New Deal Means For Commercial Real Estate

The Green New Deal would lead to significant overhauls in how U.S. real estate is developed and how Americans go about their daily commute. The bill, which is not expected to pass an upcoming vote in the U.S. Senate, also calls for “upgrading all existing buildings in the United States.” 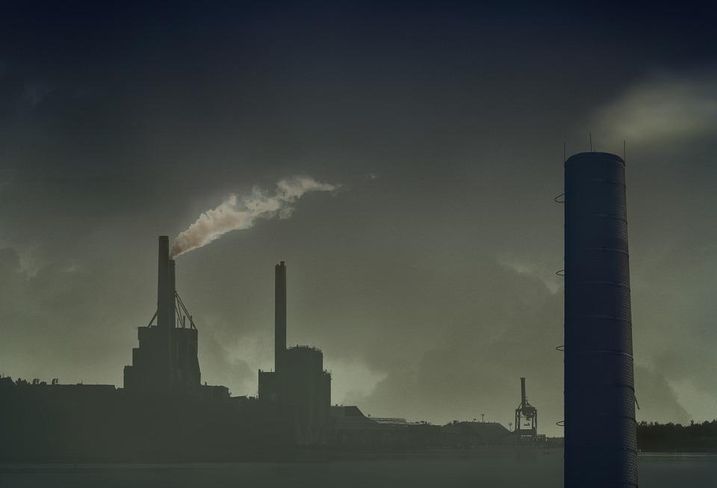 The Green New Deal, introduced by U.S. Rep. Alexandria Ocasio-Cortez (D-NY) and U.S. Sen. Ed Markey (D-MA), promises to tackle both global warming and income inequality. The bill warns global warming will cause the U.S. to lose $500B in economic output by 2100, expose an additional 350 million people globally to deadly heat stress by 2050 and damage up to $1 trillion of U.S. infrastructure and coastal real estate.

The nonbinding bill aims to produce “good, high-wage jobs” in new green industries built to achieve net-zero greenhouse emissions from the U.S., but it wouldn’t come cheap — especially in real estate and infrastructure.

All buildings in the U.S. would have to be retrofitted to achieve maximum energy efficiencies. Pollution and greenhouse emissions would be banned from the U.S. transportation system and in all the country’s manufacturing by “as much as is technologically feasible.”

Commercial and residential buildings in the U.S. account for 39% of the country’s carbon dioxide emissions, and building emissions are expected to grow nearly 2% annually through 2030, according to the U.S. Green Building Council.

While the Green New Deal bill lacks specifics in how it would achieve — or find funding for — its emissions target, the plan would require significant capital. Improving energy efficiencies on the 95 million homes in the U.S. would cost as much as $400B, the Wall Street Journal reports.

Some cities are already working on cutting CO2 emissions from their buildings. A consortium of 19 global mayors, including those from Los Angeles, New York City and San Francisco, signed the Net Zero Carbon Buildings Declaration in August. The pledge claims participating cities will cut greenhouse gas emissions by guaranteeing new buildings operate at net zero carbon by 2030.

The Green New Deal also says it will create a clean manufacturing sector by removing pollution and greenhouse gas emissions from U.S. manufacturing and industry by an undetermined amount.

It makes a similar pledge to overhaul the entire U.S. transportation system by eliminating pollution and greenhouse gas emissions. The bill says that goal can be achieved through investments in zero-emission vehicle infrastructure, public transportation and high-speed rail.

While calls for increased infrastructure spending has been a rare bipartisan movement in Washington, D.C., it likely won’t gain much steam being attached to the Green New Deal.

Nearly all the 2020 Democratic presidential nominees, including Sens. Cory Booker (D-NJ), Kamala Harris (D-CA), Kirsten Gillibrand (D-NY) and Elizabeth Warren (D-MA) are co-sponsors of the bill, but it is unlikely to move far out of their chamber.

Senate Majority Leader Mitch McConnell announced Tuesday he planned to hold a vote on the bill, a move widely seen as a way to strategically divide moderate Democrats and more progressive members of the party.

“I’ve noted with interest the Green New Deal,” McConnell said during a Tuesday press conference. “We’re going to be voting on that in the Senate; it will give everybody an opportunity to go on record and see how they feel about the Green New Deal.”

He has not said when the vote would be.