There has been no significant shift in the economy related to the election results and the commercial real estate cycle has continued to run its regular course, according to the Winter/Spring 2017 Allen Matkins/UCLA Anderson Forecast released today. 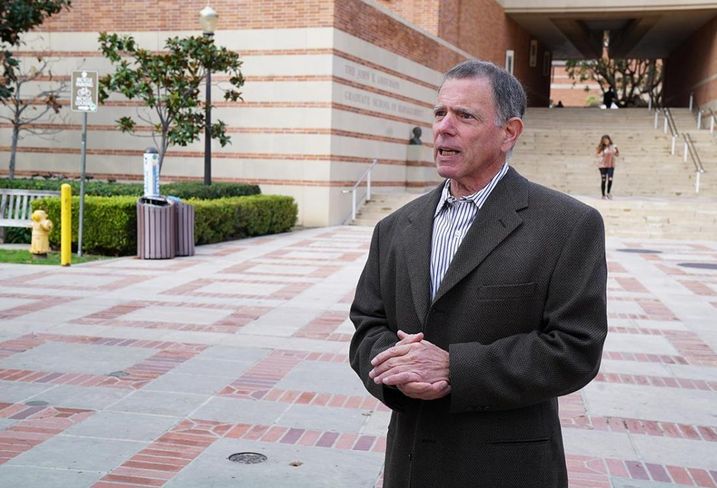 “While the outlook for 2017 may look relatively good, the strong move towards online shopping, higher interest rates, a continued redefinition of the office environment and the dropping of fertility rates [remain the] driving factors in commercial real estate,” UCLA Anderson School of Management adjunct professor of economics and senior economist Jerry Nickelsburg (above) said. 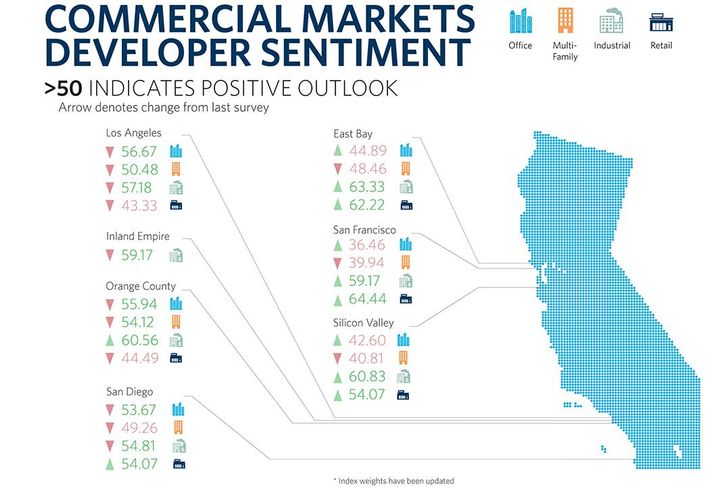 The survey asked respondents in San Francisco, Silicon Valley, East Bay, Los Angeles, Orange County and San Diego about markets and building conditions three years out for multifamily, office, industrial and retail. The three-year outlook was intentional since entitlements, environmental reviews and sales/purchases typically take about three years, according to Allen Matkins partner John Tipton. An overview of the survey results are above.

Each of these regions has unique natural features that will continue to play into market dynamics. San Francisco is land-constrained, while Orange County and San Diego have less density than the Bay Area, Tipton said. The East Bay also offers more room to grow and is less densely populated.

Check out some additional findings below. 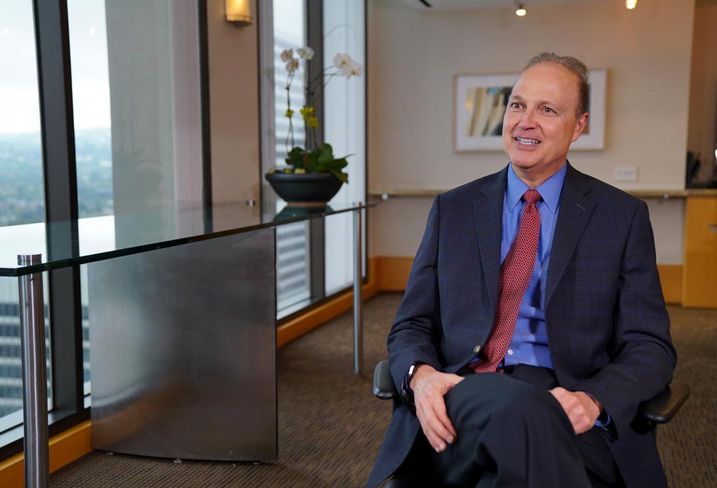 Tipton (above) said the most surprising aspect of the survey was from the multifamily sector. For the first time, San Francisco and Silicon Valley respondents were strongly negative about the future of multifamily, with moderate negativity cropping up in East Bay and San Diego. Los Angeles and Orange County remained positive, but less so than in previous years.

Developers moved in and built higher-end multifamily in recent years, and are approaching saturation, Tipton said.

He said San Francisco and Silicon Valley panelists aren’t saying the market is crashing, but demand for higher-end multifamily has caught up with supply. Rents will need to adjust for inflation and recent reports suggest rents are already starting to fall in the Bay Area.

Developers turned to luxury multifamily in recent years because job growth in tech created high-income earners and these developments penciled out better given the high cost of land and construction, according to the survey.

Tipton said there is still plenty of demand for lower-end multifamily, where margins are not as high. Even so, about 53% of Bay Area panelists and 54% of Southern California panelists said they would not begin a project in 2017 compared to 39% and 26%, respectively, a year ago.

The office market also appears to be topping out throughout the Bay Area, while Southern California respondents still have some optimism about office growth over the next three years. Above is an exclusive first look at the office video accompanying the report.

“San Francisco was the first to lead out [of the Great Recession], and it has been an incredible market ever since,” Tipton said.

For the past two years, those in the Bay Area have held pessimistic views about the future of office while Southern California respondents remain positive, albeit less so than previous years. About 70% of Bay Area panelists said they are sitting on the sidelines for new office projects this year while about 60% of Southern California panelists have no plans for new projects this year.

“The general thinking is that the markets are fairly fully priced,” Tipton said.

While multifamily and office segments appear to be topping out, industrial is just getting started. Tipton said e-commerce is helping the industrial segment and demand for warehouses.

“The amount of warehouse space is not enough. Supply can’t keep up with demand at this point,” Tipton said.

Industrial in the outer areas of California, like the Inland Empire, is easily getting built, he said. But more centrally located industrial supply is hard-pressed to meet demand needs, which impacts pricing.

Each panel expressed optimism for industrial through 2019. Additional forces affecting a positive industrial market are manufacturing, export of goods to Asia and Mexico, and imports from Asia coming through California ports.

The survey revealed general optimism for retail in the Bay Area, with San Francisco panelists reporting the highest optimism. Los Angeles and Orange County respondents expressed pessimism about the future of retail. In light of that outlook, it is surprising that 14% of Bay Area respondents said they were planning new retail while two-thirds of Southern California panelists were planning new projects.

The report suggests the upscale shopping in the Bay Area may make developers optimistic, but not enough to create a new project, while Southern California developers may be jumping into refurbishments of old malls. More homebuilding in the Inland Empire and North County San Diego could also be sparking demand for additional retail space.

While retail is a relatively new data point for the survey and harder to track long-term trends, Tipton said it is clear retail is marked by the shift to e-commerce.

“You see a lot of traditional malls struggling a little bit,” Tipton said. “What you see is a growth area of people wanting the lifestyle retail experience.

He said at places like The Grove in Los Angeles, people don’t come just to shop, but there are other entertainment aspects people find enjoyable.